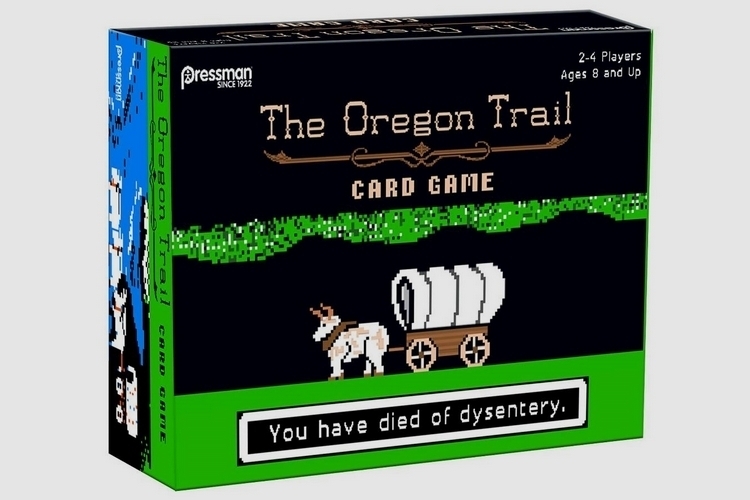 If you grew up with computers in the 80s or 90s, chances are, you’ve come across The Oregon Trail, the classic game that came preloaded in many elementary school computers during the period. And, yes, it probably killed you with dysentery multiple times. While nobody will bother playing with such a simple game anymore in the thick of innumerable modern titles, we have a feeling it could see a different fate in the form of The Oregon Trail Card Game.

Made by Pressman Toys, it’s a card game version of the video game classic, allowing up to six players to jump aboard a covered wagon and make the trek from Independence, Missouri to Oregon’s Willamette Valley. That’s right, you and five friends can now spend your free time dying of dysentery, starving for days on end, and suffering various forms of hardships together, giving the erstwhile single-player game a more engaging multi-player twist. 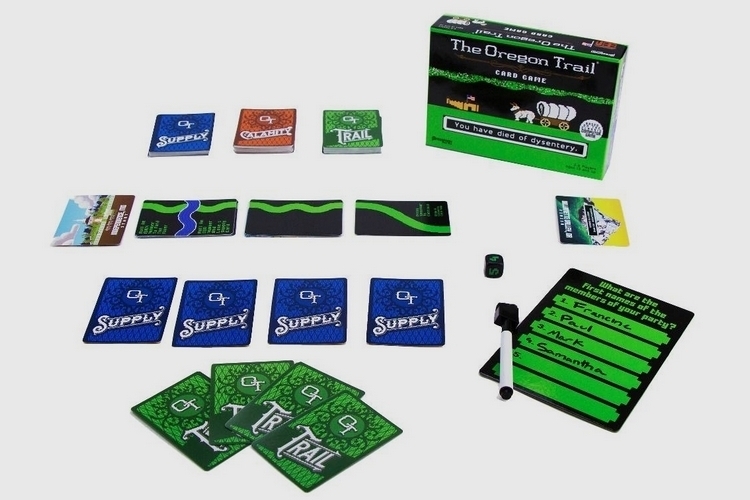 The Oregon Trail Card Game is played cooperatively, with everybody winning as long as one player is able to make it alive all the way to the destination. It stays true to the gameplay of the video game original, although instead of having a wagon leader guiding everyone, decisions need to be made as a group. Each game comes with 58 trail cards, 32 calamity cards, and 26 supply cards, a die, and an instruction pamphlet. Do note, the game will be near-impossible to win with just two players (too many bad things happening), so you might want to reserve this for when the gang gets together.