The Titanic Cruise Relives The Legendary Voyage, Promises Not To Sink 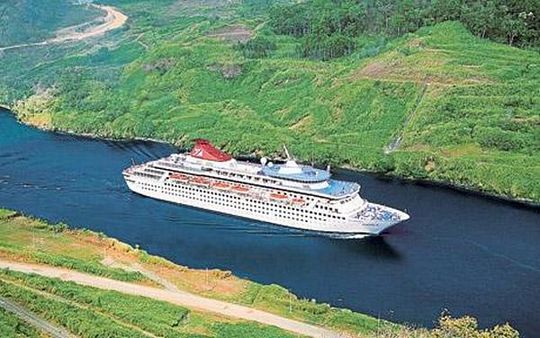 April 2012 will mark the 100th year anniversary of the Titanic’s untimely demise.  To cash in on commemorate the event, Fred Olsen Cruise Lines is holding the Balmoral Cruise, a voyage that will follow the same course as the historic ship did back in 2012.  If the Titanic’s tragic history left a mark on you (or if you fancied the extremely long movie about it), here’s your chance to be a part of its recreation – without the eventual demise.

Recreating a monumental accident can be either fascinating or creepy.  Personally, I find it a tad disturbing.  Your own mileage may vary.

The Balmoral, a 218-meter ship (about 50 meters shorter than the Titanic), will carry 1,309 passengers (same as the number that sailed during the fateful day) and repeat the Titanic’s voyage, beginning with its departure from South Hampton.  It will make its way to the Irish port of Cobh, where the Titanic made its final call, before going back to sea.

Not creepy enough?  There’s more.  You’ll join the other 1,308 passengers in the spot where the vessel met its fate on April 14, with memorial services held right on the ship at 11:40pm (the time it hit the iceberg) and at 2:20am of the next day (when it finally went down).  Ghosts aren’t guaranteed, but won’t being there just send shivers down your spine?  After that, the ship will proceed to Halifax, Nova Scotia, with a scheduled visit to the cemetery where 121 of the victims are buried, before finally dropping anchor in New York.

More than 100 cabins have been booked so far, with at least 600 more available.   The cruise lasts for 12 nights and will cost £2,595, inclusive of the whole trip along with a plane ticket back to London.  Reservations only started last Wednesday and it’s not likely that empty slots will last long.