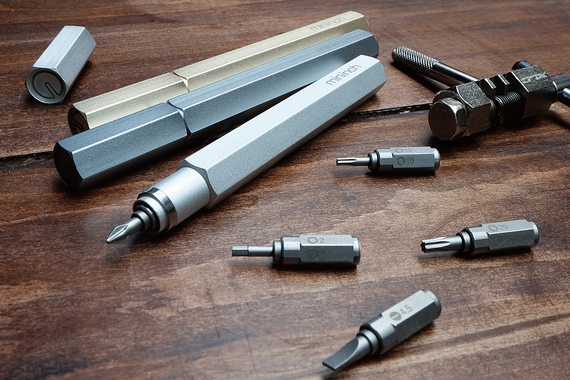 Somehow, I never saw the design of pop-a-point pencils (you should remember them from grade school) ever being used to make a screwdriver with interchangeable bits.  But someone did.  And it works so much better than I ever would have expected.  Called the Tool Pen, it’s the portable, multi-bit screwdriver you’ll actually want to carry around.

Made by Taiwan-based Mininch, the tool is, literally, a pop-a-point screwdriver.  Just like the pencil counterpart, it comes with multiple bits stacked inside the hollow barrel.  To get to a bit you want, simply pull out the bit in front and pop it in the back until the bit you need comes up. 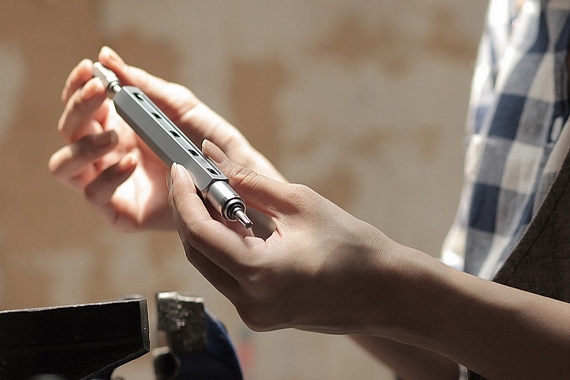 Styled like a chubby Sharpie with a hexagonal barrel and a tip cover, the Tool Pen looks more like a writing instrument than a DIY tool.  Like a pen, you can slip it in a shirt’s front pocket or the back of your jeans, making it easy to keep a screwdriver nearby for emergency repair jobs.  It can fit up to six bits at a time, so there’s no need to carry an extra case to hold spare bits, with strategically-placed windows along the body to let you see what kind of bit sits anywhere in the stack (each one has markings on the side for easy identification). 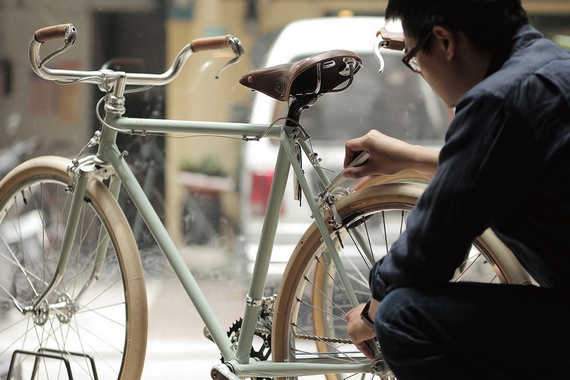 There are 13 bits available for the screwdriver, any six of which you can install onto the barrel at any time.  I do wish they threw in an actual pencil or ballpoint bit in there, so you can use this as a writing tool, too (maybe for a future add-on bit).  Construction is aluminum for the barrel and milled carbon steel for the bits.

A Kickstarter campaign is currently running for the Tool Pen.  Pledges to reserve a unit (barrel plus six bits) starts at $35.