The Viking Combi-Steam/Convect Combines Four Ovens In One 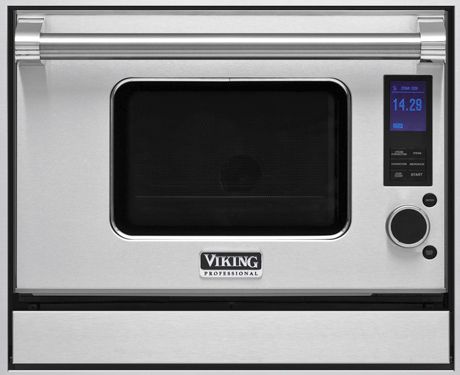 Our gadgets already do multiple things, so why not our appliances?  We guess that’s well underway, too, as we’ve seen with creations like the Breakfast Express and that Sausage Egg McMuffin all-in-one.  The Viking  Combi-Steam/Convect, though, takes it a whole other level, combining four different ovens in a single appliance.

It can be bought as a simple countertop appliance or built into a wall using an optional kit, allowing you to install it in whatever manner suits your kitchen best.  Either way, it provides four healthy options for cooking that you’d otherwise need four different contraptions to perform without requiring a whole lot of space. 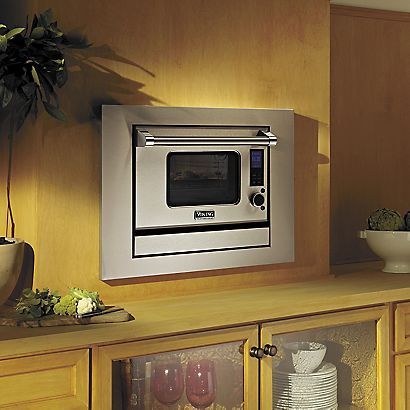 The Viking  Combi-Steam/Convect features four cooking modes: steam, steam/convection, convection and microwave, allowing you to cook a whole variety of food items with just a single compact machine.  Although I’m a bit saddened (actually, a lot saddened — I’m bawling) it can’t grill, maybe we’ll have that five-in-one  in a next iteration.  Each mode can be activated through the simple push of a button, with specific settings available  on the multi-mode dial right on the oven door.

Both preset (43 built-in) settings and manual cooking are supported, so you should be able to use it for everything from steamed bone-in chicken to hash brownies to popcorn.  The control panel, which features an LCD screen, is sleek and uncluttered, too, so cooking should be simple and straightforward.  It comes with 2 baking trays, high and low racks, and a steam basket.

No pricing is available, but the Viking  Combi-Steam/Convect Oven should be available soon.