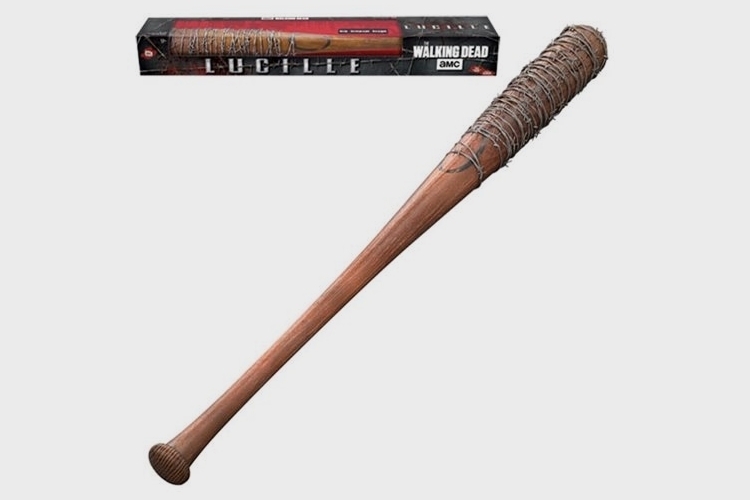 We don’t know about you, but we were heartbroken when SPOILER ALERTS AHEAD one of our favorite characters got his skull smashed in on The Walking Dead. I mean, I can understand Abraham – he’s quite the disposable character. Or any of the others that came late in the show, for that matter. Heck, I was hoping they’d kill Carl, annoying little brat and all. Sadly, we lose Glenn. If you’d rather Negan whacked the brains off someone else, maybe you can relive your own version of the episode with this replica of Negan’s barbed wire-covered bat, Lucille.

A faithful reproduction of the bat used in the show, it’s crafted to match the weapon’s exact specifications as it was carried around by Jeffrey Dean Morgan’s character. We’re not entirely sure if it’s real barbed wire that can get tangled on your clothes as well as cut you accidentally while prancing around the backyard, but it sure looks real enough to pass off as a legitimately scary weapon. 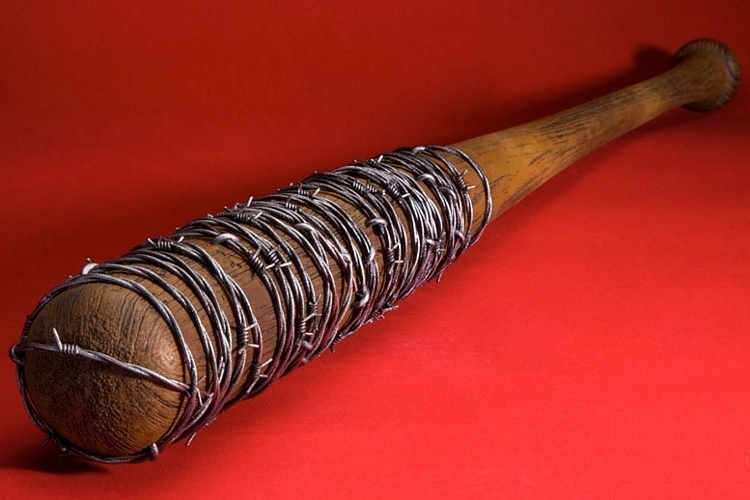 The Walking Dead Negan’s Bat Lucille Replica won’t work as well as the fictional weapon for one simple reason: it’s not a real wooden bat. Despite the likeness, the 32-inch bat is actually cut in plastic, making it light enough to carry, swing, and pretend to destroy stuff without taxing your puny muscles. They recreate all the markings from the original Lucille, by the way, from the round paint mark on the body to the number 4 etched on the knob. 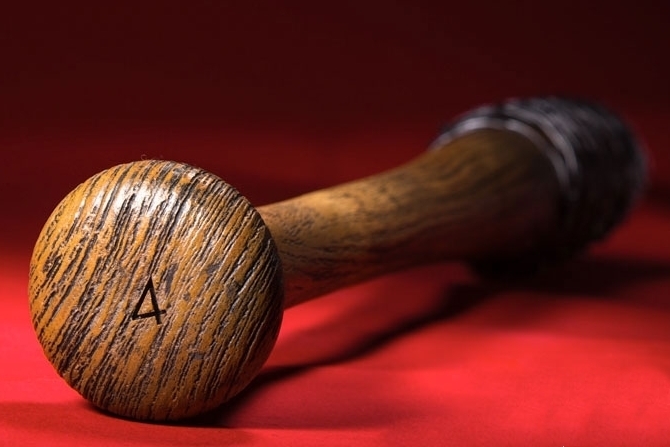 Slated to ship on December, The Walking Dead Negan’s Bat Lucille Replica is priced at $39.99.