Theatre For One: World’s Most Intimate Theater 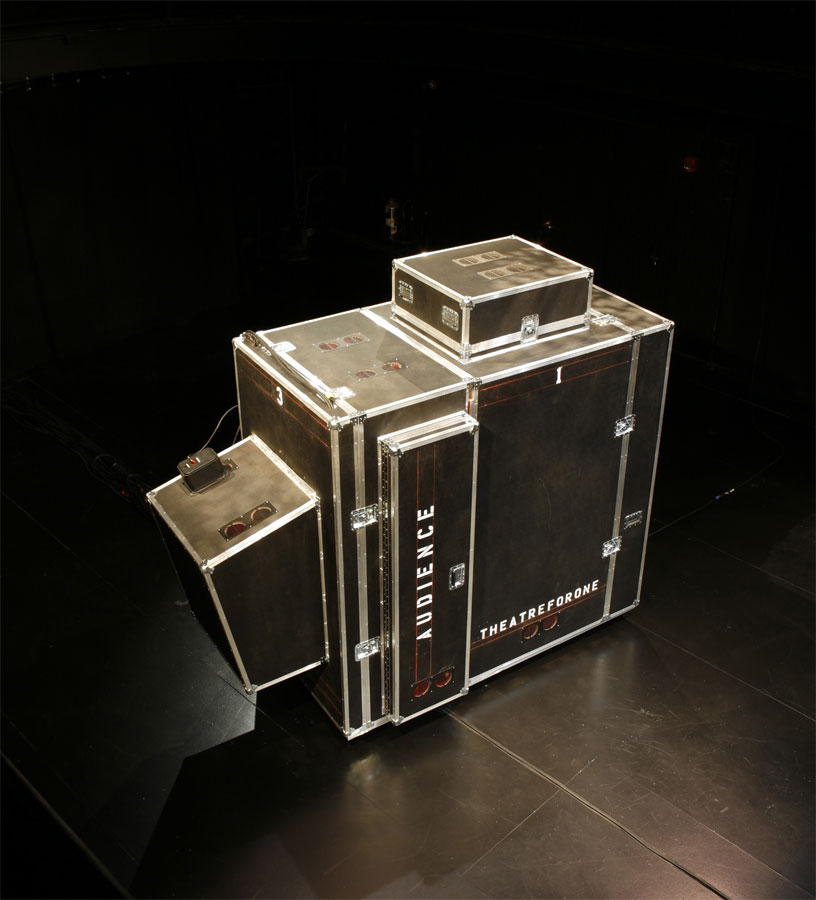 Billed as “the world’s smallest performing arts center,” Theatre for One is a booth designed to hold a one-man show for an audience of one. Yes, just like a private lap dance inside a cramped VIP room, except more artsy or something.

Conceived by set designer Christine Jones, the space intends to be the venue for really personal and private performances. The design was inspired by peepshow booths and confessionals, providing “a space private enough to feel extremely intimate, but safe enough to allow the audience member a full range of responses.” According to her, the idea came about after discovering a unique feeling of intimacy when a magician showed her a close-up trick during a wedding. 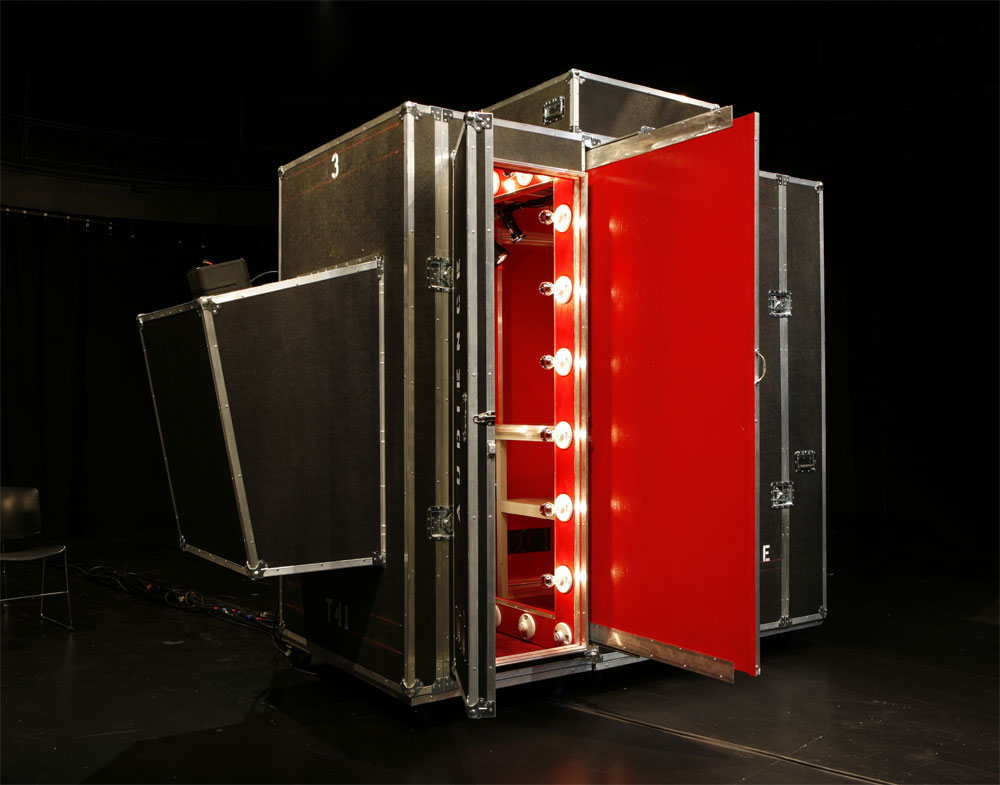 The current Theatre for One booth was created with the help of the architects at LOT-EK, who designed it with the idea of holding just the two participants (a standing performer and a seated spectator) and some amount of comfortable space between them. Sporting a durable exterior and armed with wheels, the entire booth can be transported rather easily, allowing a mobility and durability that can come in handy during street shows. It has separate entrance doors for the two individuals, each of which is placed at opposite sides of the box. The interior features a seat for the audience member, a small frame dividing the two areas, padded walls, lots of lights and some audio equipment. 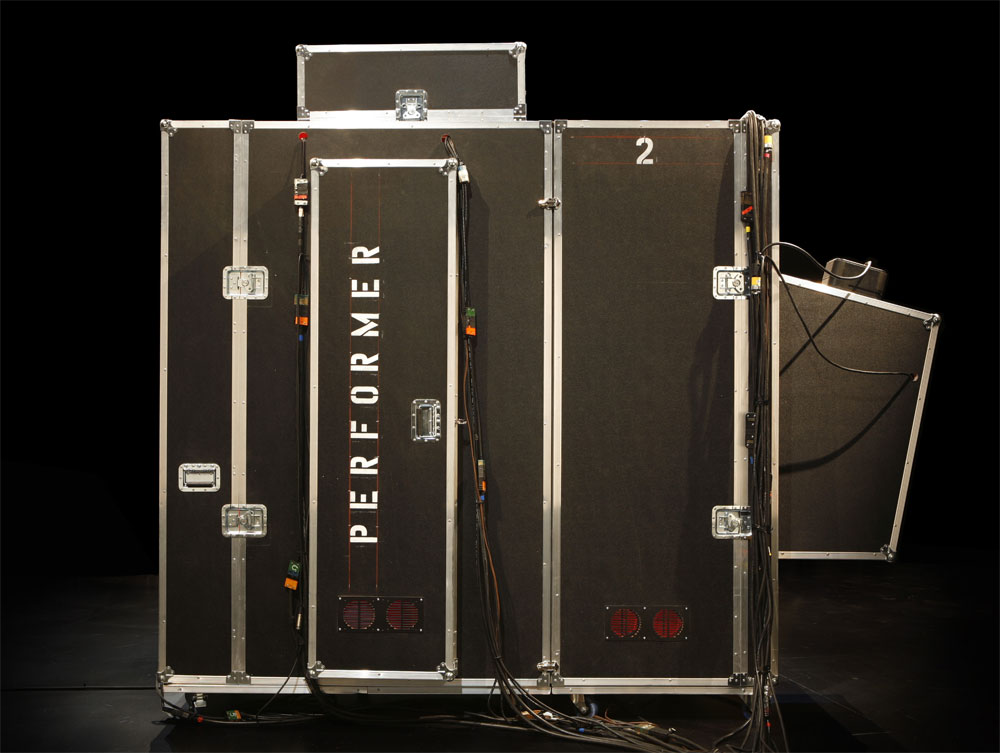 Invited by the Times Square Alliance for Public Art, Theatre for One will make its debut appearance this May 14th. It will sit somewhere around Times Square for 10 straight days, where Jones anticipates it will bear witness to a total 300 performances of approximately ten minutes each. Please avoid eating burritos before going in. That could prove too intimate.

[Theatre for One via BLDG BLOG]