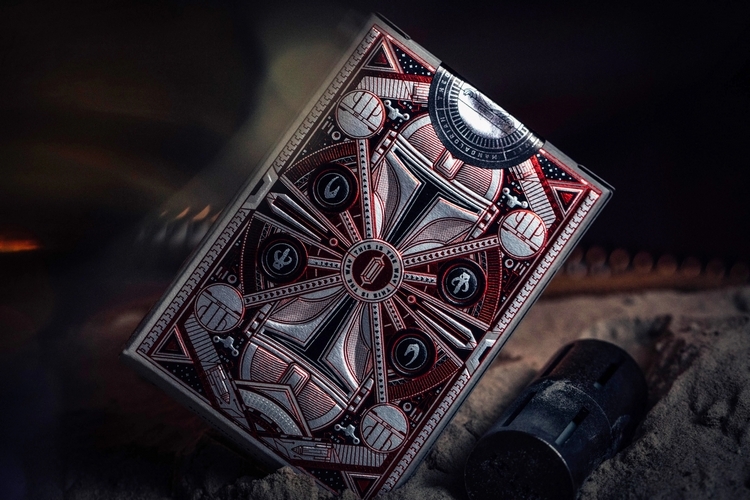 We love all the action figures, model sets, and various other toys out there from the Mandalorian series. Unless you’re an avid toy fan, however, chances are, you’re not buying any of them even if you’re a huge fan of Mando and Grogu’s intergalactic adventures. Yeah… many people just aren’t into toys. Since Disney still wants your money, though, there are other options to show your Mandalorian fandom. Like that speaker stand. Or this jacket. If those didn’t strike your fancy, either, maybe you’ll finally give in to Baby Yoda’s merchandising Jedi powers with Theory11’s Star Wars: The Mandalorian Playing Cards.

That’s right, it’s the last frontier of The Mandalorian merchandise. You know, like when you’re at the cashier paying for your groceries and you spot these cheap playing cards from the corner of your eye. They look nice. You can use them for solitaire. You can even bust them out when the buddies come over for a card game on Friday night. Yeah, let me get a pack. Or five. With that, the almighty Baby Yoda has, finally, peeled away a few extra dollars off your pocket. And all is well with the world. 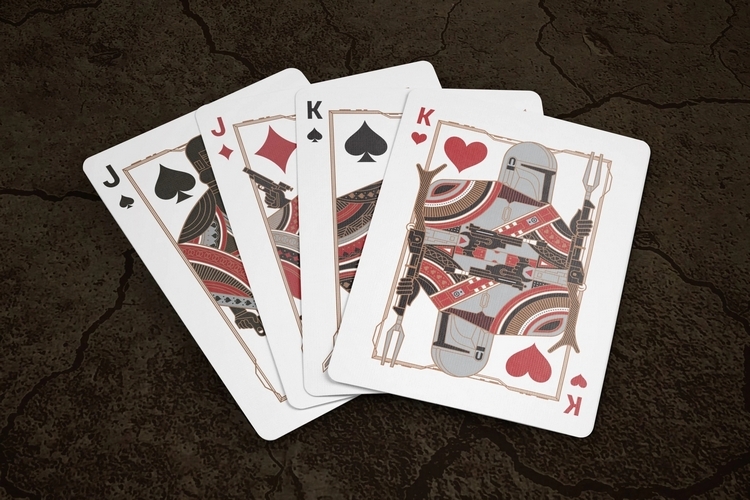 The Theory11 Star Wars: The Mandalorian Playing Cards is an erstwhile standard playing card deck, but with artwork of scenes and characters from the show in place of the traditional face card graphics. There’s Din Djarin and Cara Dune as the king and queen of hearts, Moff Gideon ready to antagonize as the king of spades, and Grogu taking the spotlight for all the aces, along with a host of all the other memorable personalities that we enjoyed throughout the show’s two-season run. Basically, all the court cards, aces, and even jokers get custom Mandalorian artwork, making it the perfect set for a poker game while talking about that crazy season two finale. 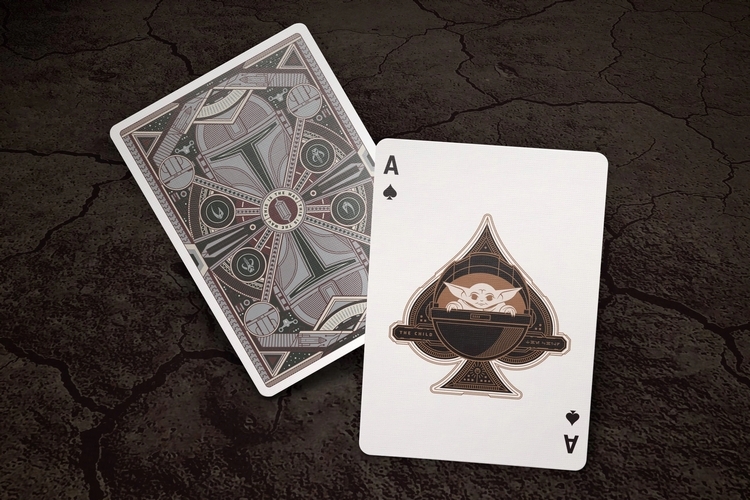 The deck comes in a tuck case that’s an absolute treat for fans of the show. There’s an embossed 3D image of Din Djarin’s helmet in a backdrop of beskar silver, space black, and fiery red, all in a shiny foil-like finish. The cards, by the way, come with a backside art that’s the same as the one on the box, albeit without the stunning shiny finish. 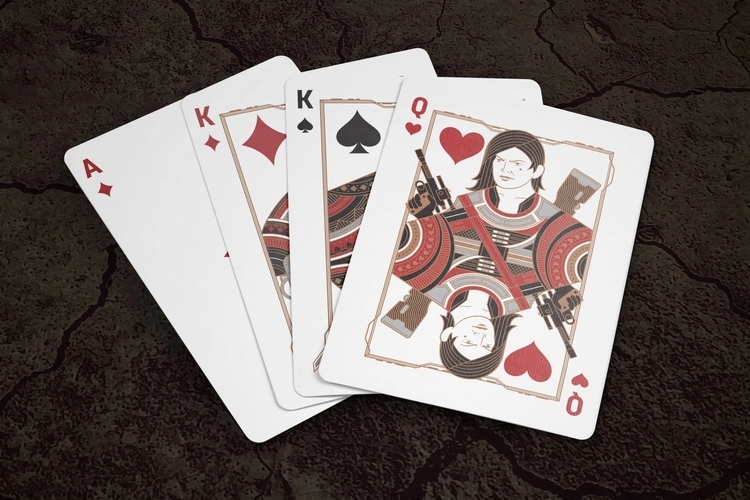 Just like Theory11’s other playing cards, the Star Wars: The Mandalorian Playing Cards are all USA-made using FSC-certified paper that’s sourced from sustainable forests, vegetable-based inks, and starch-based laminates. You know, just in case you care about where and how your playing cards are made. At $10 each, the playing cards are cheap enough that even folks who don’t usually indulge in pop culture merchandise may find it quite appealing. Heck, we want to buy a few ourselves. One deck to actually play with, another for display (those court cards look awesome), and a few to hide in a box somewhere for whatever reason you can come up with.

The Theory11 Star Wars: The Mandalorian Playing Cards is currently on preorder for $9.95. It ships March 18th.