This Conversion Kit Turns Your Paper Plane Into An Electric Flyer 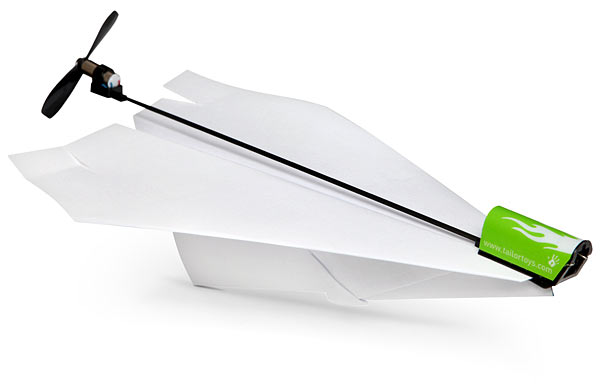 Paper airplanes are fun.  Until you get bored with your folded flyer gliding on air less than five seconds at a time (unless, of course, you’re flying that record-setting paper plane).  This Electric Paper Airplane Conversion Kit should take care of the extremely limited hang times.

Measuring 7.25 inches long, the stem device clips onto the front of the paper aircraft, adding a propeller right on the plane’s tail to send it soaring through the air.  The onboard charge can get those blades spinning for up to 90 seconds in a single charge, keeping your origami creation airborne for a lot longer than usual. 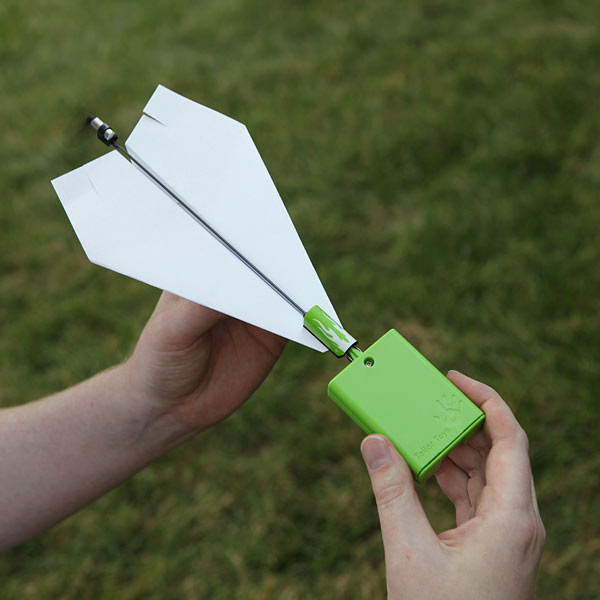 The Electric Paper Airplane Conversion Kit consists of a slim stick with a charging port on one end and a propeller on the other.  They used carbon fiber parts wherever possible to keep the setup light, so it won’t just send the paper aircraft falling down once you launch it.  To fuel your flyer, simply hold the charging end of the stick to your battery pack (requires 3 AA) for 20 seconds and your plane will ready to takeoff.

The downside: since you’re not actually controlling the plane’s direction at any point during the entire 90 seconds, it will likely hit a wall and fall down when launched indoors.   For outdoor flight, of course, that should be no problem, although you’ll probably have to run after the plane, wherever it ends up gliding into.

Sure, this is nowhere near as fun as actually playing with a radio-controlled park flyer, but it should make for a lot more entertainment than your all-natural paper planes.  The Electric Paper Airplane Conversion Kit is available now, priced at $19.99.