This Tablet Blows Up Your Smartphone’s Screen 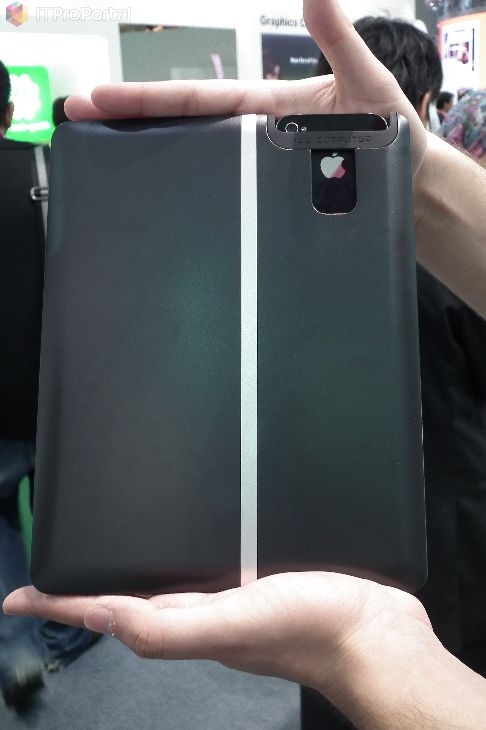 I love the ASUS PadFone.  If I’m in the market for a new phone by the time it comes out, I’d probably go for one, since it gets you a tablet along with a smartphone at, likely, a fraction of the price for two separate gadgets.  This prototype ECS dumb tablet is even better, though: it can use your existing smartphone as its core processing hardware.

Shown off at Computex, the device is equipped similar to the PadFone tablet.  There’s a big display, the usual connectors and a smartphone dock in the back.   Unlike ASUS’ brainchild, however, it can act as a substitute touchscreen for a variety of smartphone models, allowing you to use your 3.5-inch iOS device as a 9.7-inch tablet without having to buy an iPad.

The prototype machine is currently under development in a joint partnership between ECS and ICE Computer.   According to the source report, the plan is to make the device a dumb tablet for all sorts of phone models running different platforms, including Windows Phone 7, Android and iOS.

We’re not really certain of how sound of an idea this is, especially with all the compatibility issues involved.  For one, the tablet appears to have a 4:3 aspect ratio while different phones have different screen styles.  Surely, there will have to be some resizing and reformatting for that, which could cause issues for users.

At any rate, they seem to be confident about the contraption, even though only a non-working mockup was available during the show.  They’re targeting a third quarter release date and pricing along the $200 range (if it goes for more than that, then it probably makes more sense to just buy a WiFi-only tablet).