ThreadStax Can Keep Your Clothes In A Neat, Organized Pile 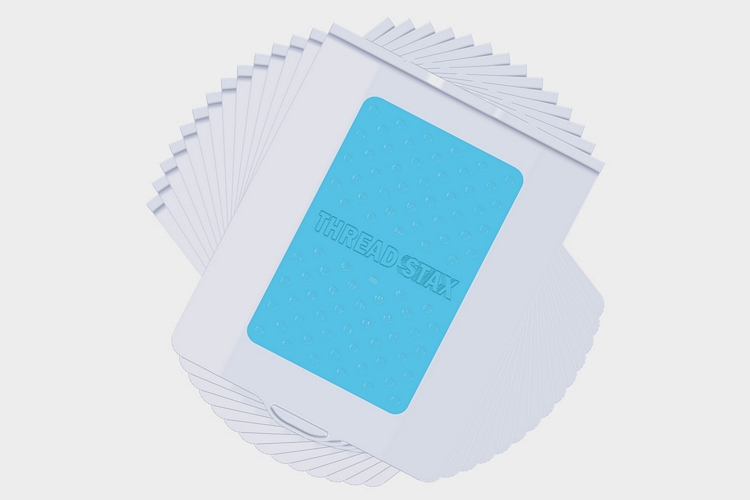 Similar to the EZ Stax, the ThreadStax is a closet organizing solution that lets you stack shirts, pants, and other garments in a neat, impossible-to-disturb pile. Unlike the former, it comes with no limitations on the kind of garments you can stack, making it usable for organizing thicker items, such as coats, towels, and blankets.

Yes, you’ll still have to painstakingly fold clothes one by one in order to stack them neatly. With these things in place, though, that neat stack will stay that way, even if your kids rummage through a pile to find their favorite shirts – an act that would normally turn a regular pile into an incorrigible mess.

ThreadStax consists of two components: a bracket and a set of trays. The bracket, which attaches to a vertical surface (e.g. the back of the closet or the wall behind the shelf) using an integrated adhesive backing, serves to keep a stack of trays in place using built-in magnets, ensuring your stacks won’t be easily disturbed. Brackets can be extended vertically, by the way, in case you want to build a taller-than-normal stack. Each tray is meant to hold a single garment, whether it be a shirt, a pair of jeans, or a comforter, so you can simply pull out a tray in order to use whatever garment it’s holding. It’s a simple but effective design that ensures a neat closet will stay that way even if you change clothes multiple times a day.

A Kickstarter campaign is currently running for ThreadStax. Pledges to reserve a set starts at $30.