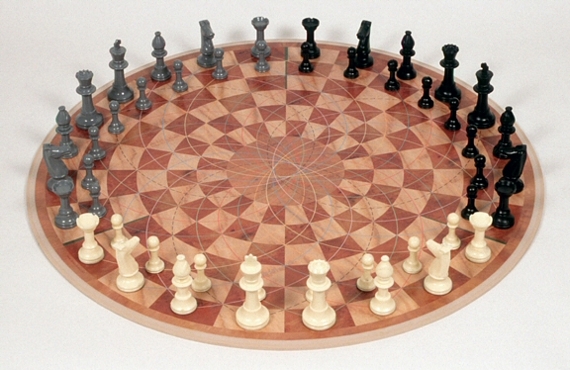 Playing chess is fun (although we do concede that Space Invader Chess is even more fun). All tabletop games, however, get infinitely even more fun when more people can play. We’re guessing that’s the idea behind the Three Man Chess, a twist on the classic strategy game that pits three players against one another.

It uses the same 16 chess pieces as the traditional game, so there’s no wonky new characters to get acquainted with. Each piece also has the same movement as in regular two-man chess, so it preserves all the rules of the game that people have been accustomed to over the years. At least, until we get to the board. 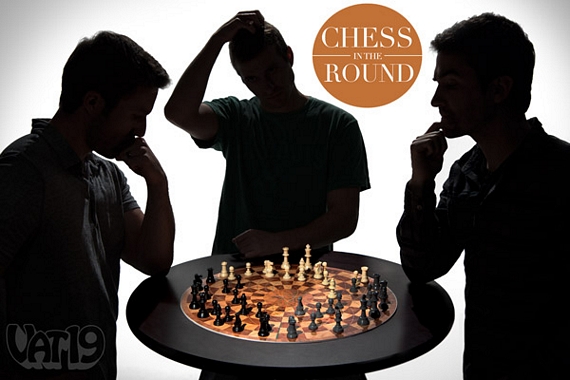 The big change with Three Man Chess is the board, which is now sized to accommodate three sets of pieces, along with enough empty space to maneuver them in. Instead of a square board, they use a circular one, complete with a zero center space that presents room for new strategies and accompanying challenges that can baffle even highly-skilled chess players. The zero center space is also particularly notable because it alters the moves for each piece somehow, adding another level of complication to the game. 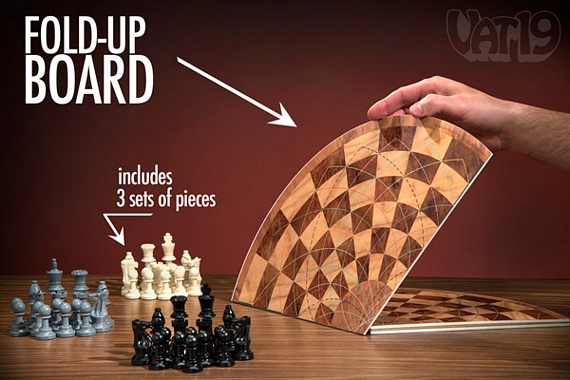 The board measures 19.25 inches in diameter, with a fold-up design that allows it to compact in a smaller pile for putting away. Pieces are only plastic, so discerning chess players who balk at plastic sets will be sorely disappointed. Go play with your gold-plated two-person chess game then and leave the cutting-edge tabletop play to the rest of us modern men. Or something like that.