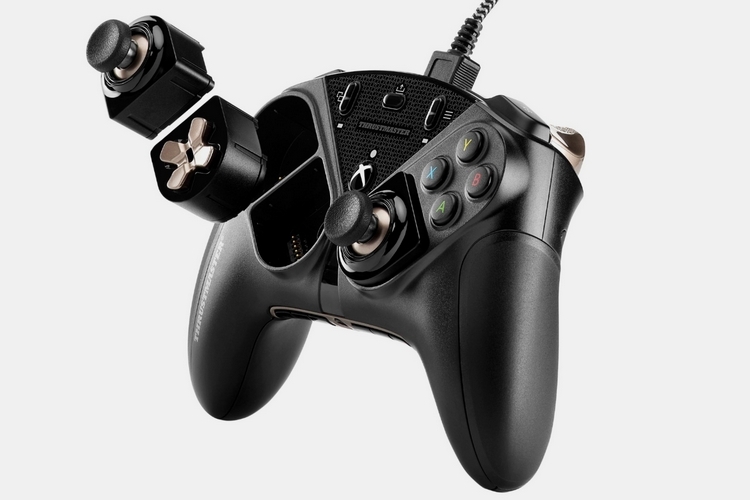 We’re big fans of third-party controllers on game consoles, with their myriad of specialty features that let you customize the gamepad to your liking. If you’ve been using one to elevate the gameplay experience on your last-gen console, chances are, you’ll want to do the same when you do upgrade to this year’s upcoming rigs. Those picking up an Xbox Series S or X who want just that kind of experience might want to get a Thrustmaster eSwap X Pro along with it.

A modular controller with highly-adjustable settings, it offers one of the most versatile ways to game on the next-gen Microsoft consoles. It’s officially licensed, too, so it does pretty much everything an Xbox controller does, from functioning seamlessly with any next-gen games to working just as well for gaming on a Windows PC. 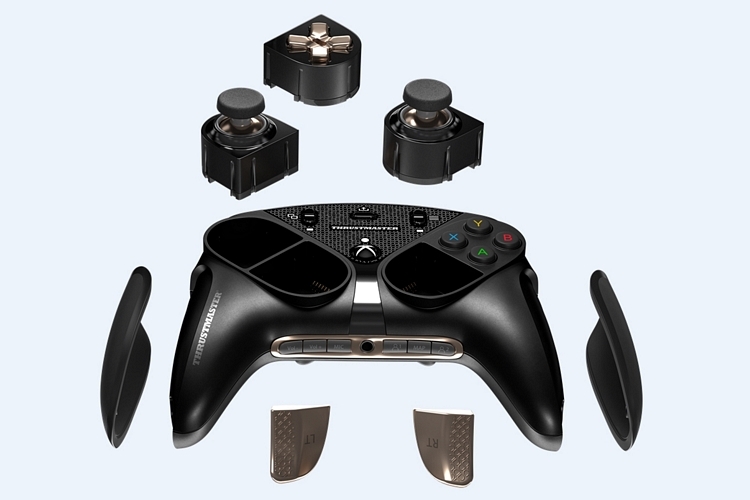 The Thrustmaster eSwap X Pro is a wired gamepad for the Xbox Series S and X, mirroring the next-gen controller’s shape, grip style, and control layout. What immediately stands out, though, is the fact that the analog sticks and d-pad have significantly raised sections around the edges. That’s because each of those controls can actually be pulled out of their slot and inserted into any of the other slots, basically allowing you to switch positions for your analog sticks and d-pad. And yes, you can do that in the middle of a game without affecting the gamepad’s function (it’s hot-swappable). While that makes it easier to use for some folks who have particular layout preferences, the same design also makes it easy to upgrade either the sticks or the d-pad, in case one starts showing signs of damage. Sadly, the same can’t be said for the buttons (the triggers, though, are swappable), so you can’t quite switch them in and out as conveniently.

It uses next-generation analog sticks that, the outfit claims, delivers enhanced precision and longer lifespan compared to their previous controllers. They also use highly-durable buttons that boast over 5,000,000 activations each. 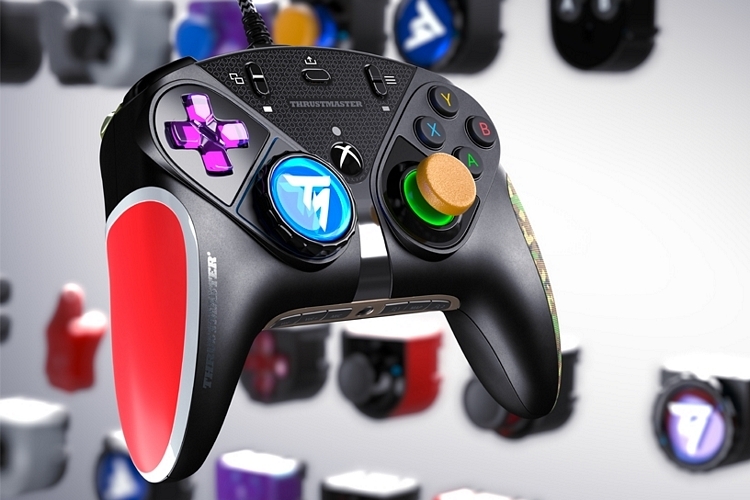 The Thrustmaster eSwap X Pro has a locking system for the triggers, which reduces their travel distance by 50 percent, making it possible to react faster in first-person shooters and other competitive titles. The facility for locking the triggers can be activated and deactivated by simply pushing a control in the back, allowing you to engage the limited travel distance and disengage it at any time, with separate controls for the left and right triggers, respectively. It also gets four additional buttons in the back that you can assign to any function you wish to activate using rear-mounted controls. 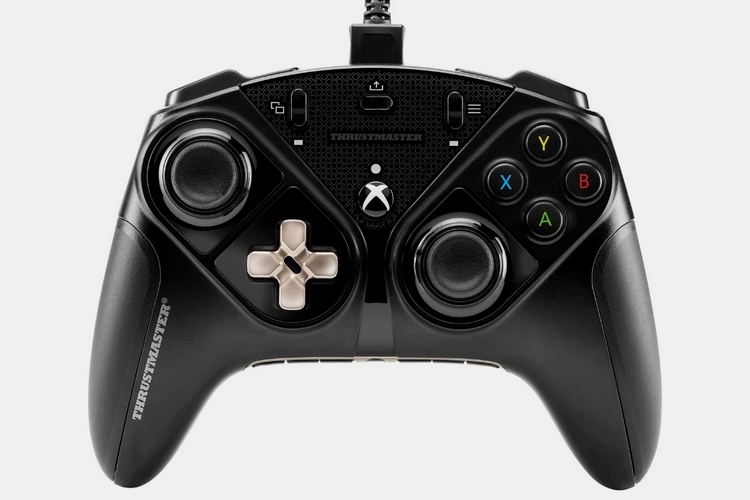 The controls, by the way, can be remapped at any time for PC using the companion ThrustmasterX app, complete with the option to save presets for different games and characters. Each controller comes with a braided USB cable that measures 9.8 feet, so you can stay tethered to your game console at a comfortable distance away from the TV.

The Thrustmaster eSwap X Pro is available now, priced at $159.99.