Thrustmaster T.Flight Hotas One: Finally, An Official Flight Stick For The Xbox One 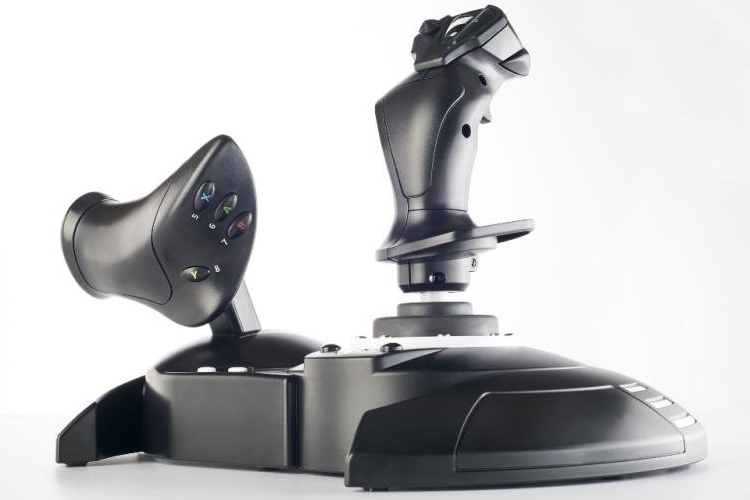 The Xbox One has never been the gaming platform of choice for people who enjoy flight sims. As far as we know, in fact, there’s never been an officially-licensed flight stick accessory released for the console. That changes now with the Thrustmaster T.Flight Hotas One.

We know, are there even games that will use a flight stick on the Xbox One? A look at Metacritic shows two flight-related titles, neither of which look like a decent simulator. In the case of Thrustmaster’s peripheral, however, it’s been designed specifically for the massively popular Elite: Dangerous, which includes spaceflight sim as a big component of the game. Apparently, this flight stick will let you pilot your ship through the boundless edges of space, potentially making for a much more immersive gaming experience. 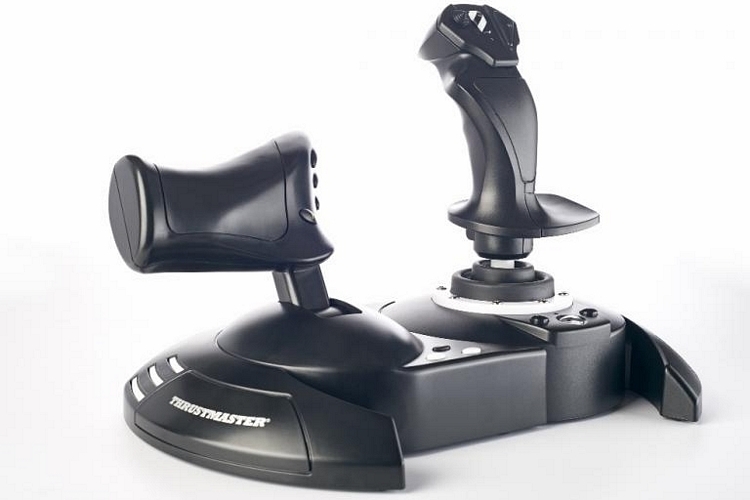 The Thrustmaster T.Flight Hotas One consists of two components: a joystick and a dedicated throttle, which can either be snapped together as a single controller (to save space) or used as separate controls (to recreate actual plane cockpits), so you can customize your gameplay setup. Sporting a design borrowed from actual sticks used by airplane pilots, the joystick boasts an ergonomic profile that can adapt to different types of flight, complete with a wide hand rest that lets you keep your hand stable and relaxed, so you can perform actions in-game while doing nothing but subtle movements. The joystick’s base is weighted, too, ensuring the whole thing stays in one place throughout a gaming session.

The joystick comes with five axes, so you can perform plenty of flight actions with just a single control, along with a rapid-fire trigger so you can let your ammo loose when the need to engage enemies ever come up. It also features a dual-rudder system that allows you to pivot the plane around its vertical axis. To activate this, simply rotate the joystick’s handle, which will engage the integrated locking system. 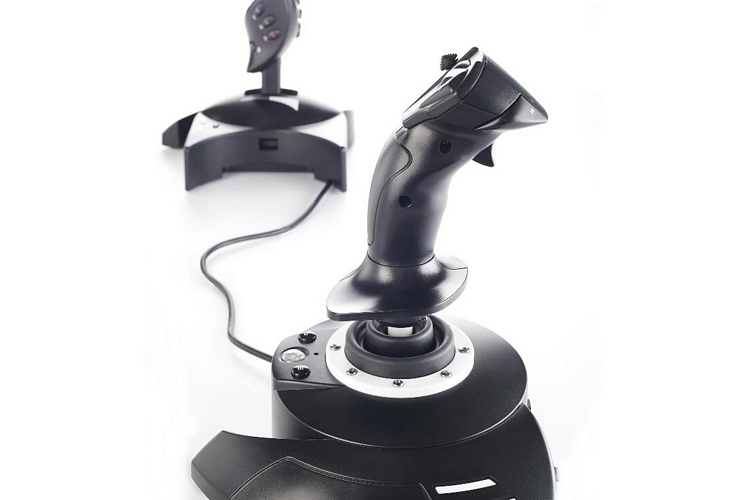 As with actual flight systems, the Thrustmaster T.Flight Hotas One’s detachable throttle allows you to easily control your aircraft’s acceleration, all while coming in a life-like size for easy maneuverability. It also houses the the dedicated Xbox One buttons, so you can perform any action as if you were holding a regular controller. The whole thing comes with a total of 14 action buttons, by the way, apart from the rapid-fire trigger and a multi-directional hat switch that quickly transfers from navigation view to panoramic view and back. 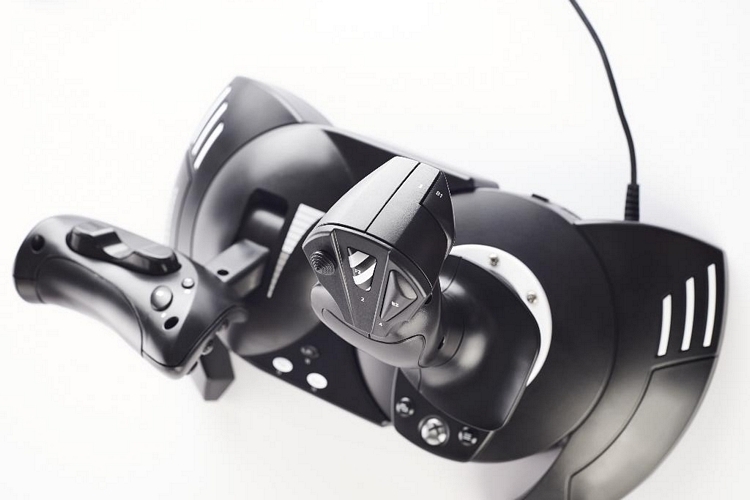 Given the popularity of Elite: Dangerous, we have a feeling people will actually buy this just to use it with that one game alone – I mean, a flight stick just improves the experience significantly. With Ace Combat: Skies Unknown coming next year, there’s at least one other title you may be able to use it with some time down the line. Yeah, consoles could really use a few more flight sims in their lineups. The peripheral, by the way, is also compatible with Windows, so you can use it for both your Xbox One and your gaming desktop.

Slated to launch end of the week, the Thrustmaster T.Flight Hotas One is priced at $79.99.