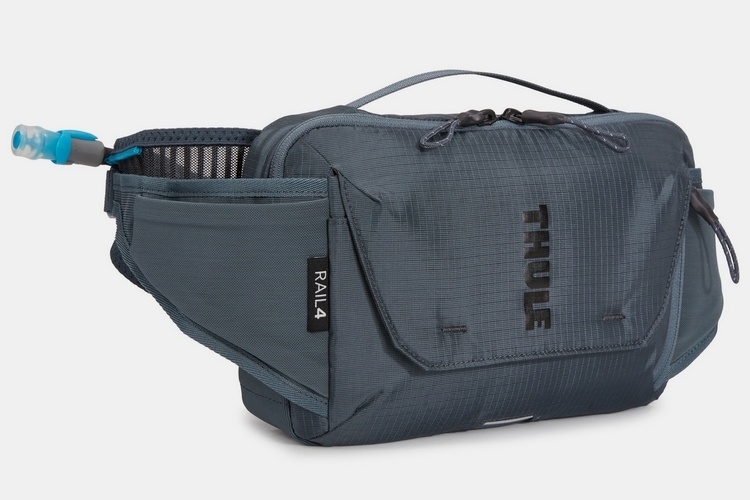 No, it’s not the first hip pack to integrate a hydration bladder. We’ve seen a few of those over the years. The Thule Rail Hip Pack 4L seeks to differentiate itself by integrating a hose retention system that makes it easy to get a sip and put the hose back neatly in place without having to look at the bag. 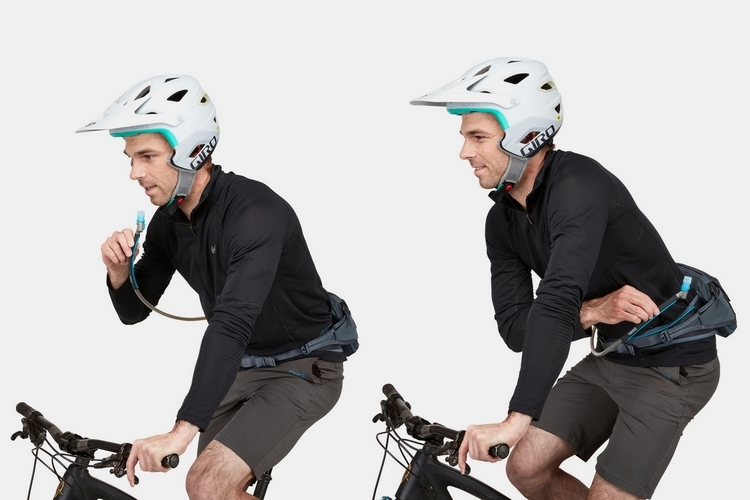 The Thule Rail Hip Pack 4L has a 1.5-liter water bladder, so you can carry a generous supply of refreshment during your ride, with enough hydration in there even for longer riding sessions. When we first saw this, we thought it had a retractable hose system, which would be pretty amazing. Sadly, that’s not the case. Instead, it uses a magnetic hose retention system that pulls at the hose once you get it close enough to its designated resting spot, so you don’t have to take time making sure the hose is neatly stashed in its compartment, as it can handle that all by itself. While not a massive change, it works well enough, especially for someone riding a bicycle. Still waiting for the day we get a retractable hose system, though, because that would be pretty cool. 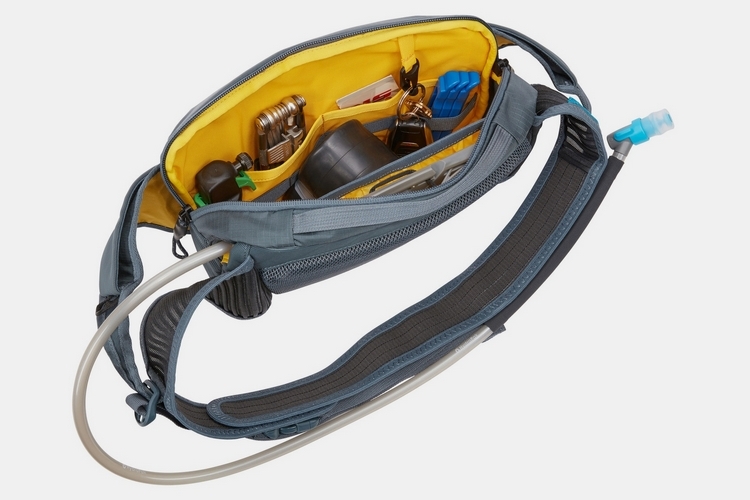 It has a total volume capacity of 4 liters, so it can hold much more than your on-hand refreshment. There’s a soft structured pocket, for instance, sized to hold a phone, which the rider is designed to reach one-handed, so you can grab your pocket computer without any effect on your ride, as well as side jersey pockets, interior pockets, and a front flap pocket for carrying various other small items. 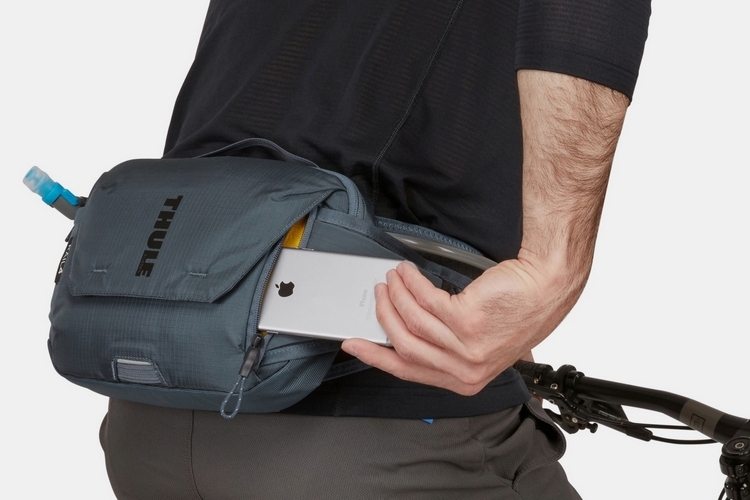