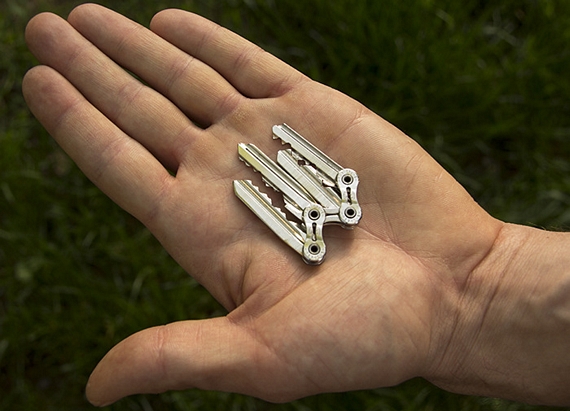 Described as “the world thinnest and lightest keychain,” TIK isn’t just a clever way to bundle keys like the Orbitkey. Instead, it changes the way keys should look like, which makes for a less simple but considerably more streamlined solution.

Instead of a regular key with a head, TIK uses keys with the head totally removed, allowing it to be dramatically smaller than regular keys by default. It still functions like a regular key (you insert it in the door and turn to magically open), all while taking up much less space in your pocket. 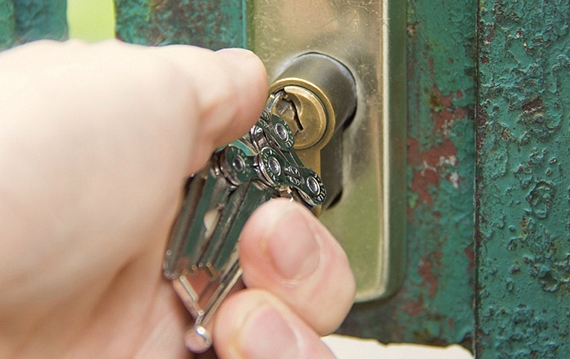 TIK combines each headless key with repurposed bike chains, which serves to hold together multiple keys in a single file (each key is installed right on the intersection between two links). This configuration allows the assembly to be flat when dropped into your pocket — no more bulging, jangling mess. Since each link in the chain can pivot on their connectors, it’s easy enough to isolate one key when you need to use it while remaining flat the whole time. While the default configuration appears to be four keys on a three-link bike chain, you can, theoretically, add as many as keys as you want, so long as you add accompanying links to the assembly. 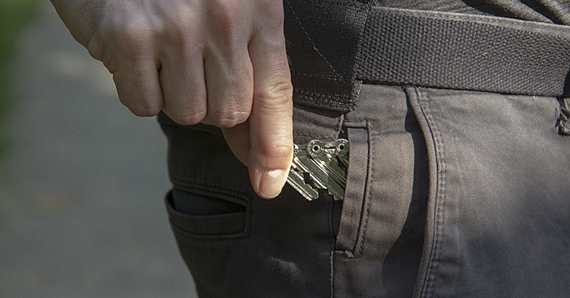 Since you can’t exactly buy keys without heads, TIK will be selling blank keys attached to the bike chains (you just take it to the locksmith to have your originals duplicated). They currently have 48 of the most popular key blanks on offer, which should cover 95% of the keys used throughout the US.

As of now, TIK is raising funds for a production run from Kickstarter. Pledges to reserve a unit starts at $35.