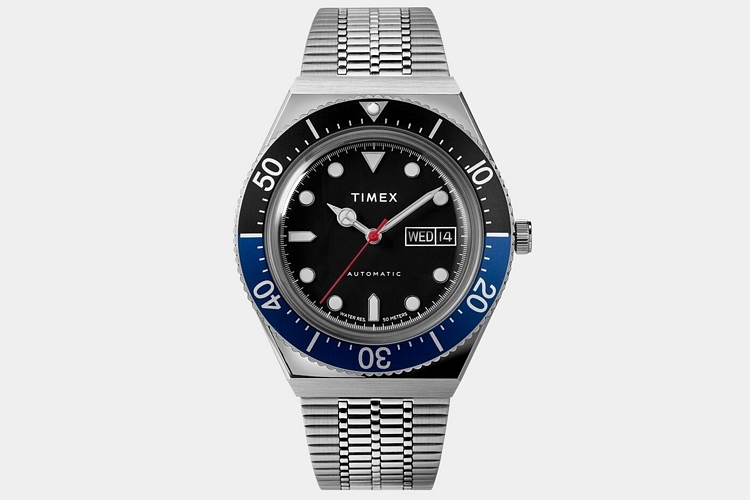 Last year, Timex made some waves reissuing two of their most classic watches, the Q Timex and the Falcon Eye. With both releases selling incredibly well, it only made sense that they’ll be dipping into that same bowl going forward. Except, they aren’t. Instead, the Timex M79 Automatic merely borrows design cues from the Q Timex, all while bringing fans something entirely new.

Basically, it takes the case, bezel, and dial of the 70s-era quartz timepiece, then dresses it in all-new colors. Instead of the iconic Pepsi bezel (that they stole from Rolex), it gets a blue-and-black combo more reminiscent of old-school Batman (that they also stole from Rolex), so you can walk around feeling like Bruce Wayne even though you don’t have a butler, a Batmobile, or an entire Batcave hiding under your mansion. Heck, you don’t even have a Rolex, you have a Timex. 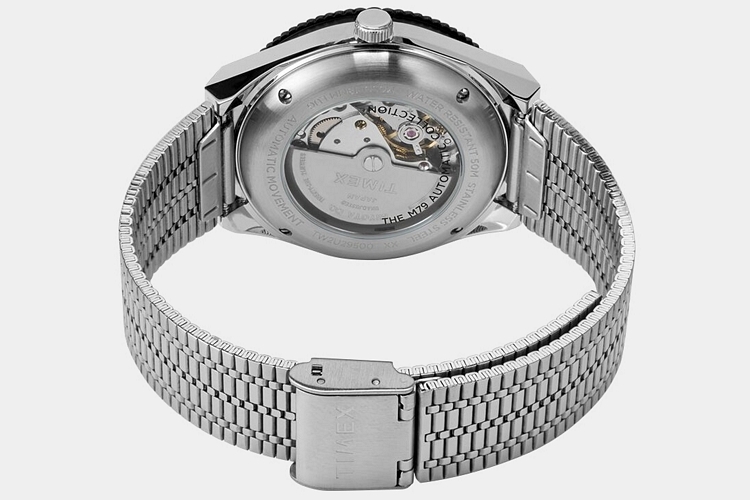 The Timex M79 Automatic’s biggest change isn’t just the colors on the dial and bezel. Instead, it’s what’s actually ticking underneath. Unlike the Q Timex, which is powered by a quartz movement, this timepiece has a 21-jewel mechanical movement. No, it’s not some fancy new automatic caliber they designed, but a Miyota 8205, which is robust, reliable, and has a 40-hour power reserve. You can even watch that automatic movement tick away second to second with a clear viewing window on the back of the watch’s case, allowing you to admire all the gears, springs, and levers all working together to show you the movement of time. 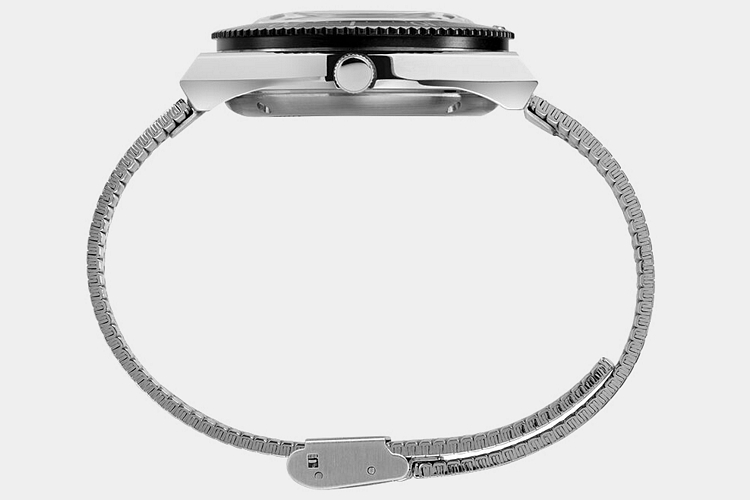 It’s slightly bigger than the Q Timex, with a 40mm case compared to the 38mm on last year’s release, although it retains the same case shape, rotating bezel (unidirectional ratcheting), and hidden lugs, as well as that refined-looking stainless steel woven bracelet. The stainless steel case is also water resistant up to 50 meters. 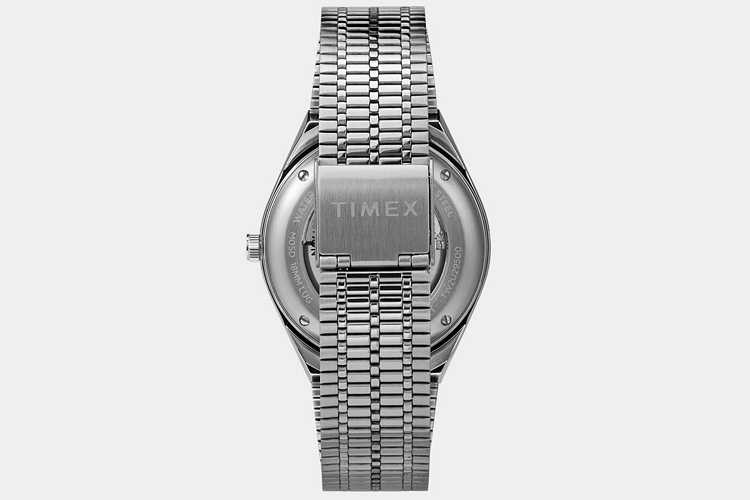 The Timex M79 Automatic is available now, priced at $279.