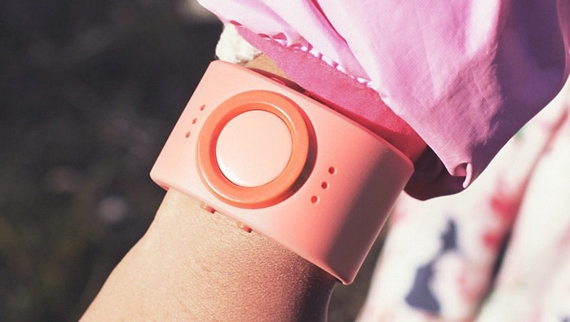 Giving your kids their own cellphone seems like a good idea. Until they lose their third phone in four weeks, that is. If kids are going to have their own phones, we need one that will cater to the way children are likely to behave. That’s what Tinitell hopes to deliver.

Sporting a form factor similar to the Moff Noisemaker, Tinitell is worn right on the wrist, minimizing the risk of dropping, forgetting, or losing it some other way throughout the course of the day. Just strap the silicone band on your kid’s wrist before they leave for school and it should stay on unless they intentionally remove it. It’s designed with durability in mind, complete with a water-resistant case, so it should survive even in the hands of boisterous kids and their rough playground antics. 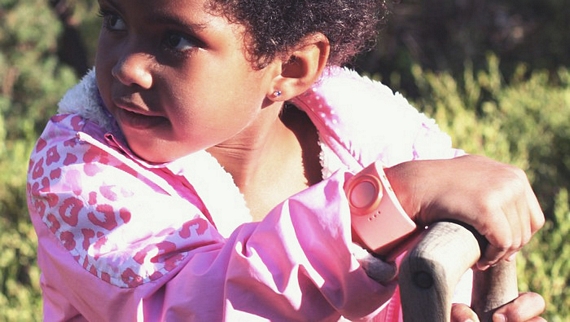 Stripped down to carry only the most basic functions, Tinitell is designed to make calls, receive calls, and allow parents to track their children’s location — nothing more. There are no games, no apps, and no fancy features. Heck, it doesn’t even have a screen. Instead, only a single large button sits on the band’s face. To make a call, press the button, and say the name you want to call (it comes with onboard voice recognition); to receive a call, just press the same button. 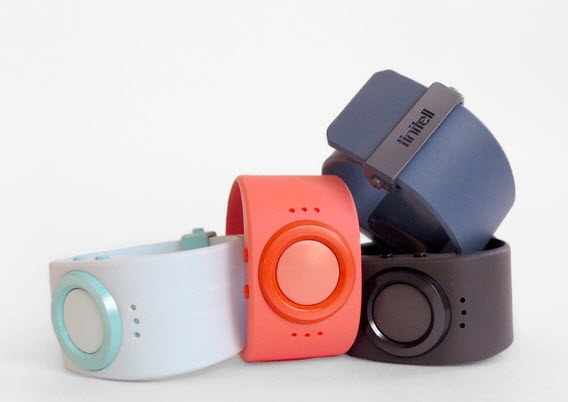 It comes with an onboard battery good for 60 minutes of talk time, with support for hands-free calling over Bluetooth, so fancy kids can walk around the playground looking like they’re talking to themselves. An accompanying mobile app allows parents to keep tabs on their kid’s location (the band has an integrated GPS/Glonass system), as well as update the Tinitell’s phone book and ringtone.

The Tinitell is currently being crowdfunded on Kickstarter. Pledges to reserve a unit starts at $99.