TinkerBots: This is The Modular Toy Robot You’ve Been Waiting For 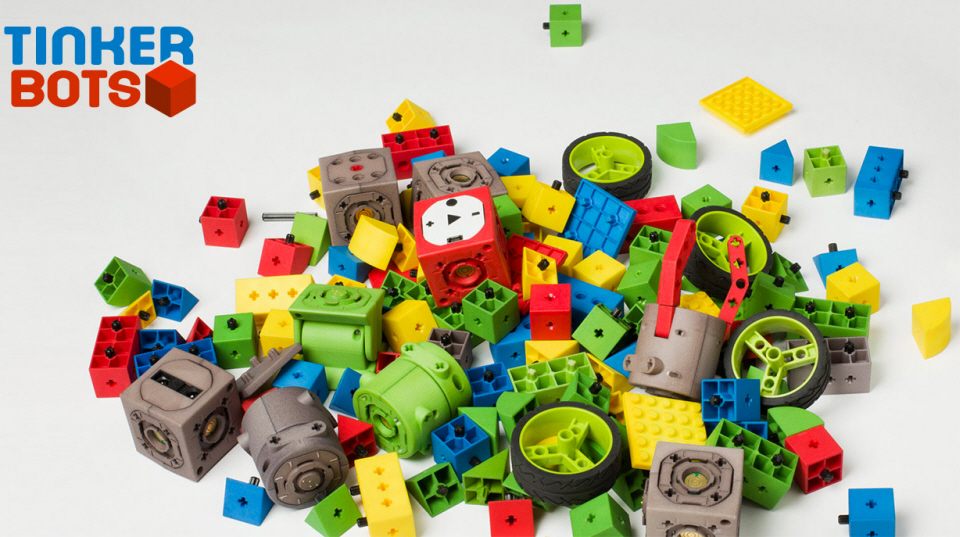 Modular, snap-on electronics might very well become the choice educational toys of this generation, enabling STEM learning without the complexities associated with traditional avenues of training. As big fans as we are of products like littleBits, though, we have a feeling that TinkerBots will have a better shot at keeping children’s attention.

Described as a “perfect hands-on introduction to the world of robotics,” it lets children build functional robots of varying complexities. Whether for 5-year old kids fashioning their first automaton or mad scientists building a moderately sophisticated army of droids, there’s enough facility here to keep everyone engaged for weeks on end.

The heart of the TinkerBot is the Power Brain, a red cube that contains an Arduino-compatible microcontroller, a three-axis accelerometer, gyroscope, Bluetooth 4.0 connectivity, speaker, status LEDs, control buttons, and an onboard battery. To build the animated robots, the power block is snapped on to passive construction blocks, additional sensor modules (light detection, distance measurement), and any of the numerous kinetic modules that allow movement, such as twisters, pivots, motors, and grabbers. It can also take standard LEGO blocks, so you can use your existing bricks to put together elaborate robot forms. Like the MOSS Modular Robots we saw awhile back, there’s no wiring needed, with the snap-on links providing the data and power connections the robot requires.

It comes with a record and play mode that lets you teach the robot various movements by simply pressing the record button on the Power Brain. Once you hit play, it will repeat exactly the same action. An app is also available for use as a remote. For more advanced users, the robot can be hooked up to a computer via USB if you want to load code for the onboard Arduino-compatible processor.

An Indiegogo campaign is currently running for the TinkerBots. Pledges to reserve a kit starts at $159.