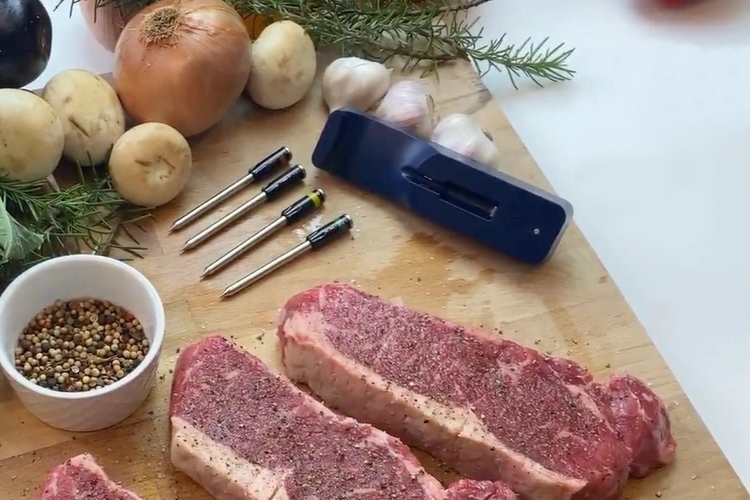 Sticking a thermometer into meat while it’s cooking is a great way to find out whenever it reaches the right temperatures, allowing you to avoid overcooking or undercooking your grub. They’re really useful. Problem is, a lot of people still don’t use them for whatever reasons. Some don’t like the size, others don’t like having to deal with wires, and some just feel like it adds an extra layer of complexity. The TMS Mini is hoping to change that.

Billed as the “smallest true wireless meat thermometer,” it comes in at around two-thirds the size of most cooking thermometers in the market, ensuring it doesn’t get in the way of lids and other food in the same cooking chamber. Despite the small size, it does its job as precisely as competing products in the market, making it a smarter option for anyone looking to do a better job in the kitchen. 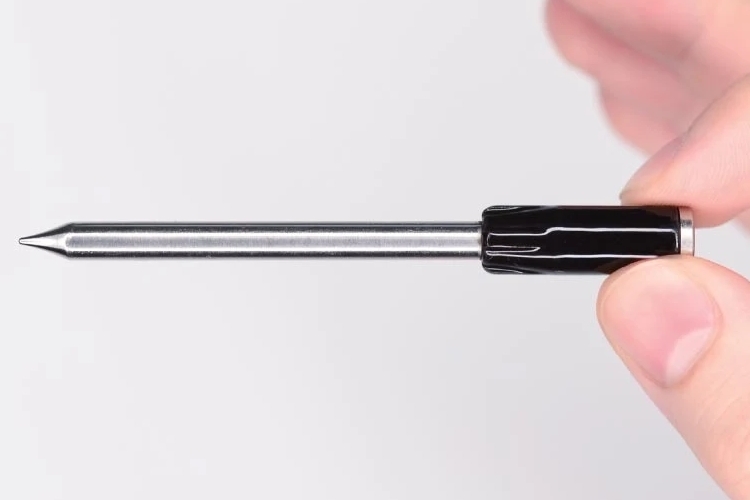 The TMS Mini measures just 9.5 cm (3.7 inches), from the top of the handle to the sharp tip of the pointed end, making it over 30 percent smaller than the most compact meat thermometers you will find elsewhere. It’s just as heat-resistant, too, with the ability to withstand up to 300 degrees Celsius (57 2degrees Fahrenheit), allowing you to stick it into meat when grilling, deep frying, or doing, pretty much, any other type of cooking. Want to roast some chicken in the oven? You can use it there. How about when sous vide cooking your steaks? The outfit claims you can stick it in your meat while it swims in the water for up to eight hours.

Equipped with Bluetooth, the thermometer’s readings can be checked at any point from the companion app, which can keep tabs on up to eight separate thermometers, so you can easily monitor multiple food items from a single display. Do note, using Bluetooth pairing has a maximum range of 30 feet, so you can’t quite veer too far from the food if you want to make sure you keep proper tabs on whatever is cooking. The app, by the way, will automatically recognize all running Minis within the available range, so you won’t need to perform any pairing to 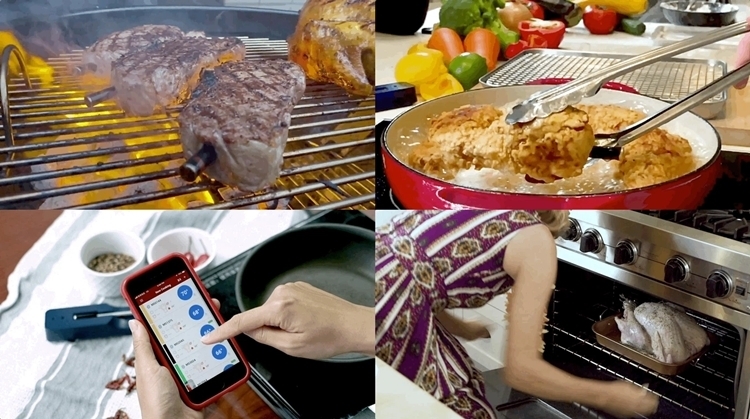 The TMS Mini has an integrated battery that allows for up to eight hours of operation, so any time you don’t get any reading is probably an indication that it requires charging. Despite the presence of electronics, the entire thing is waterproof, making it dishwasher-safe, so you can simply throw it in with the rest of the dishes for cleaning. 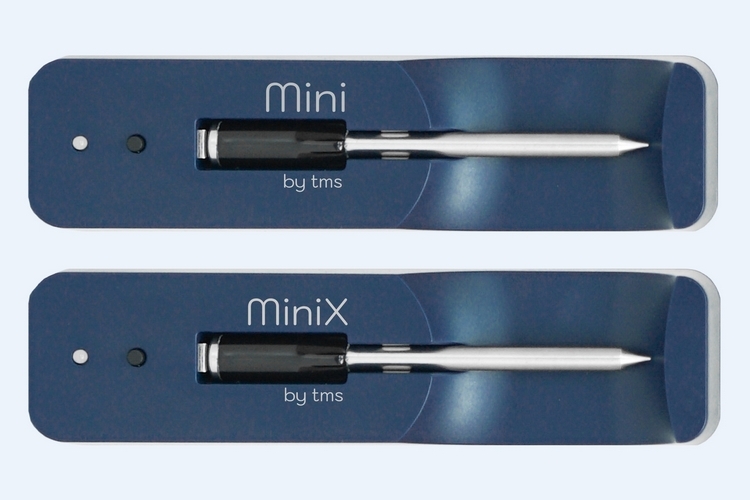 If you want more range, the outfit also offers the TMS MiniX, which is basically the same as the Mini, so you can use it for all the exact same cooking activities. Unlike the Mini, though, it boasts a 260-foot range, allowing you to move further away from the grill, the stovetop, or whatever else you’re cooking on while still keeping track of how done the food is getting.

A Kickstarter campaign is currently running for the TMS Mini. You can reserve a unit for pledges starting at $44.