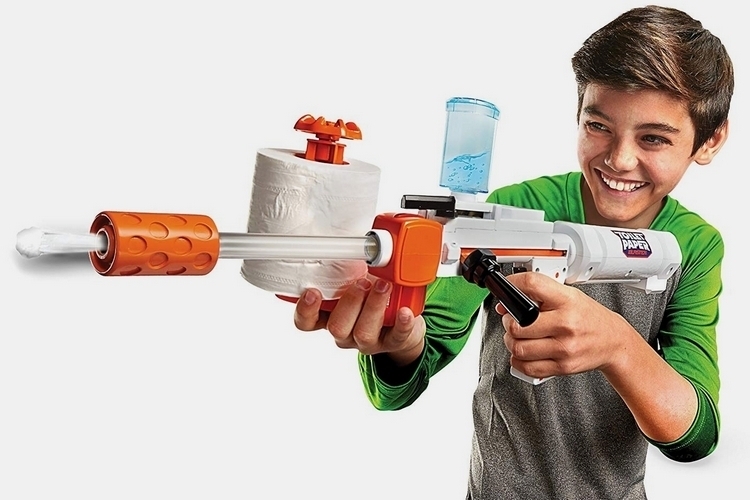 Blasters that shoot foam darts are great, but after a while, hitting people with soft projectiles just isn’t all that satisfying. Seriously, sometimes, I just want to smash the blaster at my opponents’ faces to make things more exciting. You know what feels satisfying? Hitting people with dripping wet spitballs and that’s exactly what you can do with the Toilet Paper Blasters Skid Shot.

A blaster that uses toilet paper for ammo, the toy lets you smack your enemies with a wet, sloppy projectile that hits harder than foam while dripping in water. You know, something way more annoying than the harmless foam darts that shoot out of your Nerf blasters, giving you a new option in backyard warfare that raises the bar in many ways. 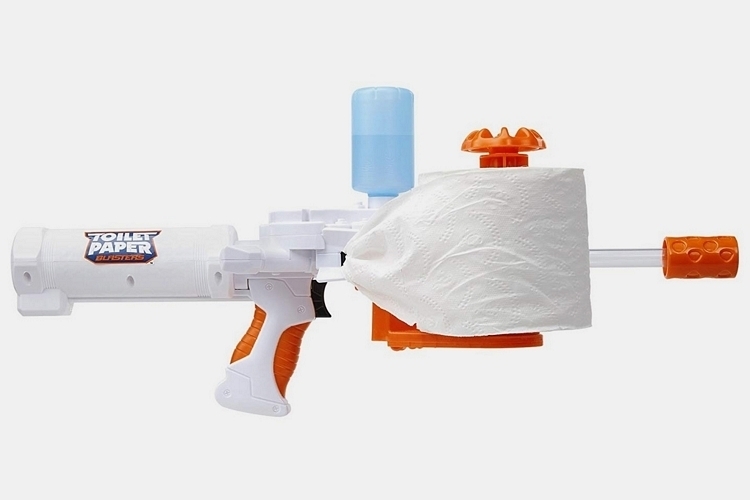 The Toilet Paper Blasters Skid Shot comes in a rifle form factor, so you operate it with two hands, allowing you to really steady your aim while taking a shot at hostile targets. Unlike most blasters that use special ammo you’ll have to purchase, this one relies on ammo that you can steal from any toilet, since all it requires is a roll of teepee to put hundreds of shots at your fingertips. No, you don’t have to make your own spitballs, either, as the toy creates the spitballs on its own. All you need to do is load a roll of toilet paper on the designated slot, fill the tank with water, and you’re ready for battle.

Do note, you’ll need to twist the end of the toilet paper and insert it into the feeding mechanism, but after that, you can just reload with new ammo over and over.  To arm the blaster, pull the black lever to cut off some paper, which it will automatically wet and roll into a tight bundle. From there, you just pull the large handle to charge the gun and pull the trigger to shoot the ammo. Yes, you’ll need to perform three actions every time you shoot, but the fact that you won’t have to collect darts and reload after every few shots does make it worth the trouble. 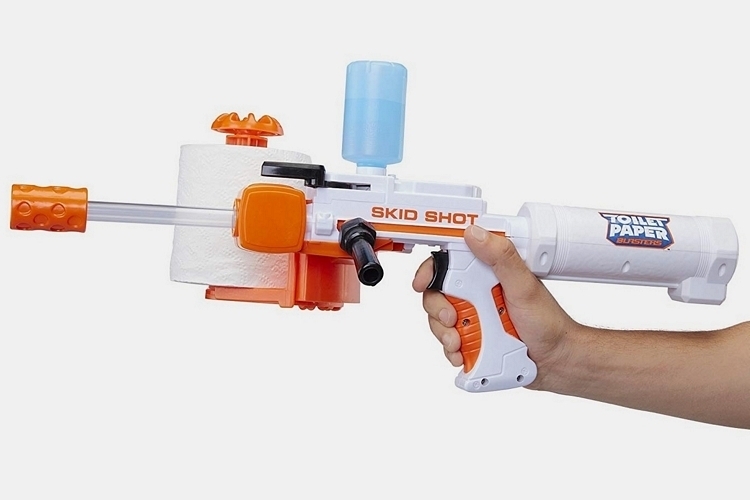 The Toilet Paper Blasters Skid Shot can produce over 350 spitballs with a single fresh roll of toilet paper, so you can spend an afternoon playing with your family without ever running out of ammo. When properly charged, it can shoot the projectile at distances of up to 30 feet, although everything will likely have to go perfect in order to reach that distance. One caveat: the tank isn’t watertight, so it will leak on occasion, which is why they recommend that people use the toy strictly outdoors. 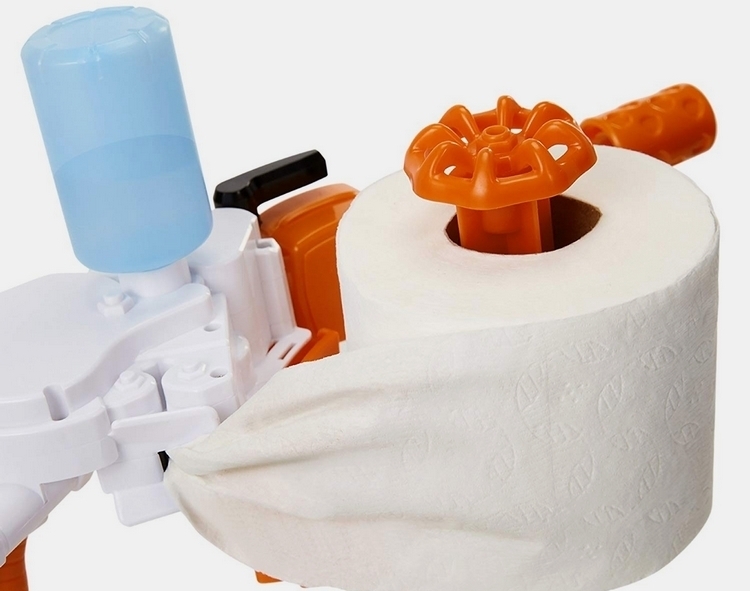 According to the outfit, it will work with any kind of toilet paper, although they recommend two-ply rolls for best results. You should, however, experiment with different rolls to see what works best for you. Do note, using thicker toilet paper could cause the barrel to jam, so you will have to manually remove the stuck spitballs using tweezers.