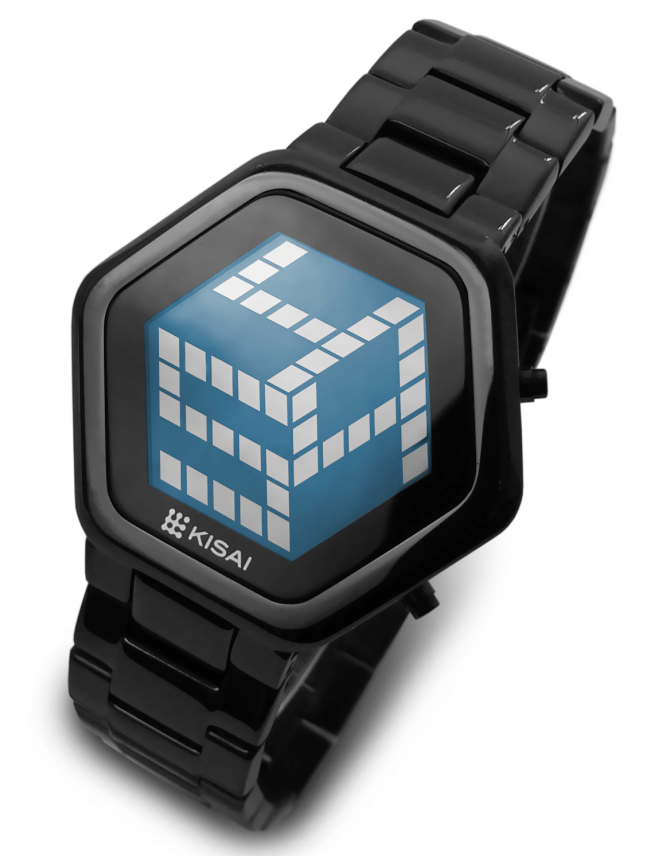 3D is awesome and all, but I take my movies flat and without the prospect of puking my guts out.  Here’s a 3D watch I can live with, though: the Tokyoflash Kisai 3D Unlimited.

Unlike regular 3D displays, you won’t need a pair of 2D glasses to be able to stomach looking at this thing.  It’s actually just a regular digital screen, but the time is displayed as a three-dimensional cube.  Pretty clever. 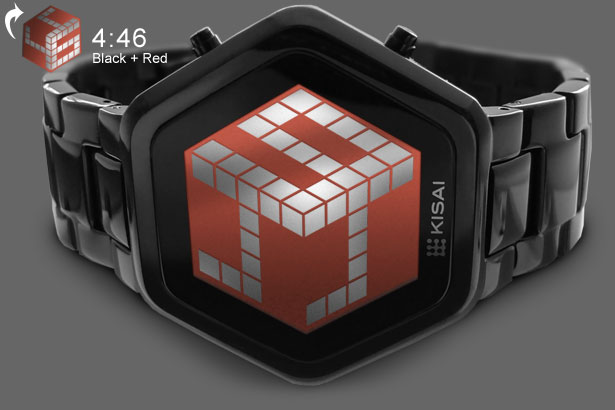 Three sides of the cube are shown on the Tokyoflash Kisai 3D’s screen, with each side telling the hour, first minute digit and second minute digit, respectively.   The result is a bit disconcerting, but is actually less headache-inducing than many of the outfit’s fancier creations.

The watch sports a unique six-sided LCD and case, which allows for the half-cube display to take over the entire screen.  A button on the side lets you switch the display to date, while another turns on the EL backlight for nighttime use.   Both the case and strap are made from polished stainless steel, in either a silver or black finish.

Personally, I’ve never been a big Tokyoflash fan.  The Kisai 3D Unlimited (despite the name, this should be a limited-edition release like many of their watches) looks downright sweet, though.  Price is $145.