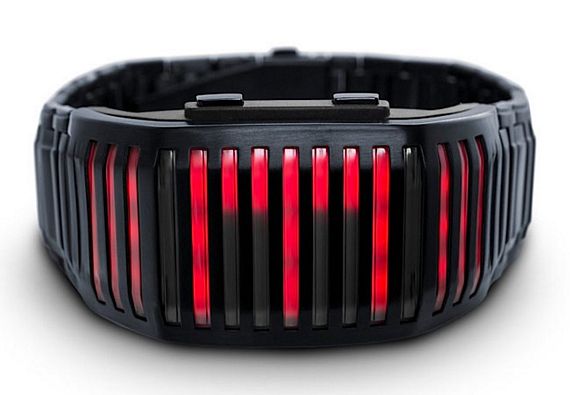 Tokyoflash has a long tradition of making watches that look like they’re timepieces that came right out of a sci-fi movie.  For the most part, though, they still looked like watches — just with some weird digital display on the face.   The Tokyoflash Kisai Neutron, on the other hand, looks like a futuristic wristband that packs advanced superpowers right out of a James Bond movie from 2299.

Sporting cut-out bars from the band to the body, it looks like a single piece of fancy wristband when everything is powered off.  The area from the watch face to the lugs, though, come with installed LEDs that light up to give it that futuristic wrist-mounted weapon effect, apart from telling the time of day. 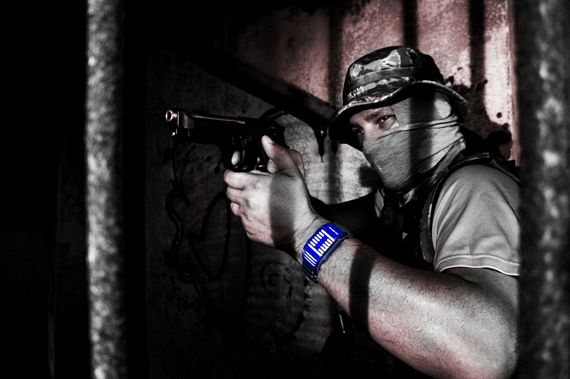 Unlike some of the company’s watches, the Tokyoflash Kisai Neutron doesn’t require much  visual abstraction skills to tell the time.  Instead, it merely flashes the time (or date) one digit at a time when you press a button or flick your wrist (it has motion sensors).  The rest of the time, the LEDs are set to display mode, either using a wave or fade animation pattern, both of which openly announces your geeky sci-fi inclinations.  You can also opt to turn off the display mode, which is probably a good idea if you’re trying to look less weird or be less annoying during a meeting at work.

Construction is stainless steel on the outside with hard plastic under it for the case and stainless steel for the band.  Other features include a USB-rechargeable battery (full charge lasts a month), adjustable strap for wrist sizes between 100mm to 230mm, and three colorways (brushed black, gunmetal and gold stainless steel). 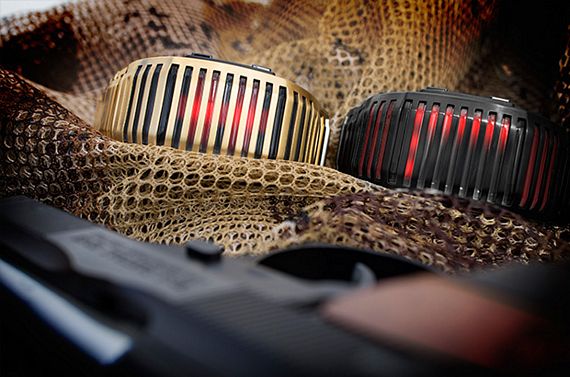 The Tokyoflash Kisai Neutron is available now at a special launch price of $139.