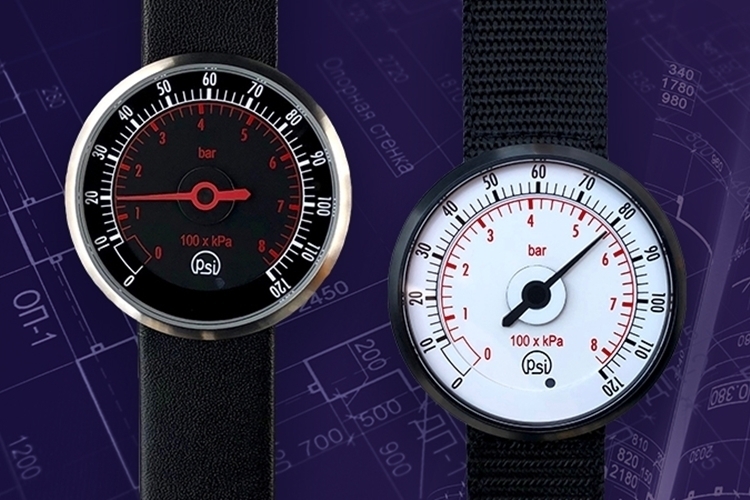 When someone first sees you rocking the Tokyoflash PSI Pressure Gauge Watch, the first thing they’d ask is, “Why the heck are you wearing an air pressure gauge on your arm?” You can, of course, choose to answer this earnestly (“It’s a watch that tells time in a different way”) or flippantly (“Just making sure my inflatable balls are the right PSI at all times”). Either way, it serves as a great conversation piece while making for a unique-looking wrist accessory.

That’s right, they took those air pressure gauges that you find in air pumps and slapped it on a wristband, allowing you to walk around with the darn thing mounted on your wrist. Except, of course, it’s an actual watch that can actually tell you time – albeit, in a way that’s a bit more complicated than you’re used to with whatever analog timepiece you’re currently using. 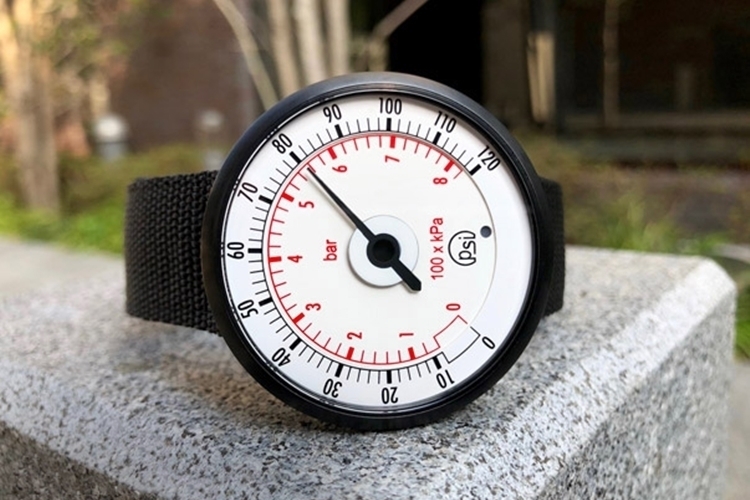 The Tokyoflash PSI Pressure Gauge Watch doesn’t actually look as weird as some of the outfit’s other creations. That’s because it’s still a round dial with numbers and indicators printed on it, although there’s only a single arm, which should make it more easily identifiable as an analog gauge. So how do you tell the time when the darn dial only has a single arm? Well, not as quickly as you normally would with a regular watch. In this instance, you’re supposed to press the button on the case, which prompts the needle to move similar to a mechanical pressure gauge. According to the outfit, it will move three times – the first movement indicates the hour (e.g. it stops at 50 for 5 o’clock), the second movement indicates the first digit of the minutes (e.g. it stops at 30 for 3), and the third movement indicates the last digit of the minutes (e.g. it stops at 50 for 5). We know, it’s an inelegant way to tell time, but that’s the price you pay for wearing a cool pressure gauge as wrist candy. Yeah, totally worth it. 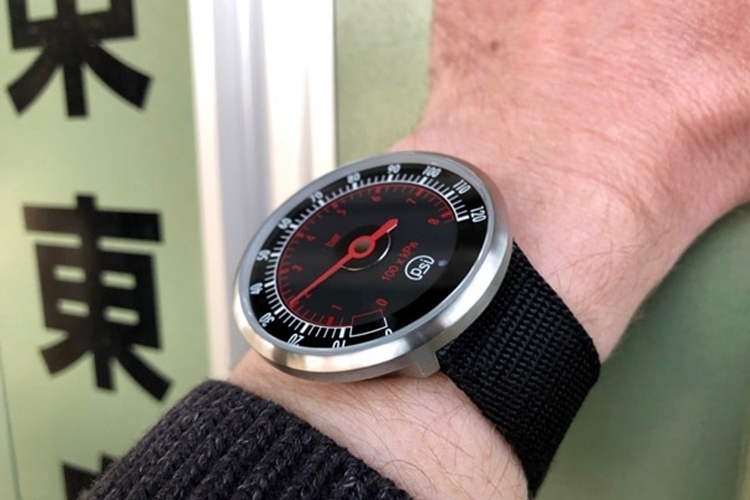 Like many of Tokyoflash’s other watches, the PSI Pressure Gauge Watch is powered by a patented motor movement, which enables the unique time-telling function. It runs using power from an onboard battery that can be recharged via USB, although the USB slot isn’t easily visible, so it won’t ruin the aesthetics of the timepiece whatsoever. A single full charge of the watch should keep it running for up to two months, so you won’t need to charge it all that frequently, unlike most of your rechargeable devices. 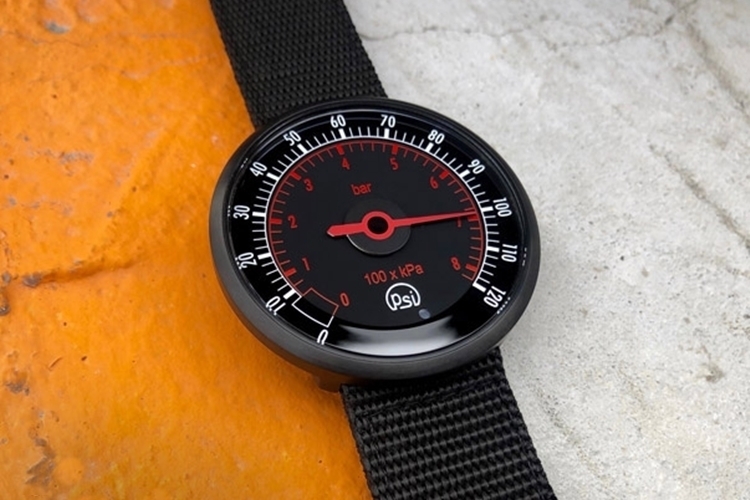 It has a 45mm stainless steel case in either a black or silver finish, with the dial clad in either black or white, so it legitimately looks like an actual mechanical gauge.  Buyers get the option of either a leather or nylon strap, both coming with a stainless steel clasp for closure. No word on water resistance, though, so best keep this out of any water exposure, just to be sure.