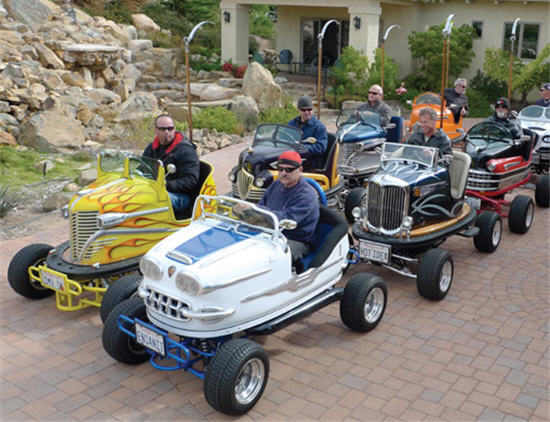 Bumper cars were crazy fun when I was a kid.  Even as an adult today, they still look immensely entertaining and I’d probably be on one every weekend if only everyone else lined up to ride them weren’t in grade school.  Instead of drawing power from the floor or ceiling like regular flat rides, these bumper cars seen around the San Diego area not only run independently – you can drive them down public roads.

That’s right, these bumper cars, which have been reconfigured to run on four wheels, are completely street legal.  Even if they’re not, though, I doubt cops will pull you over for a ticket – they’ll probably ask to try it for a spin around the block, instead. 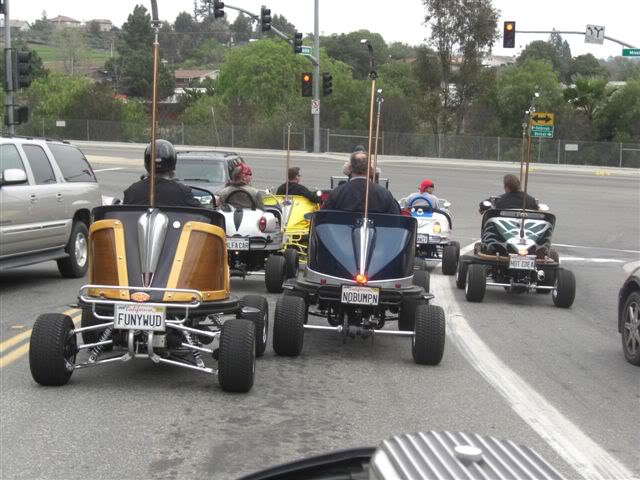 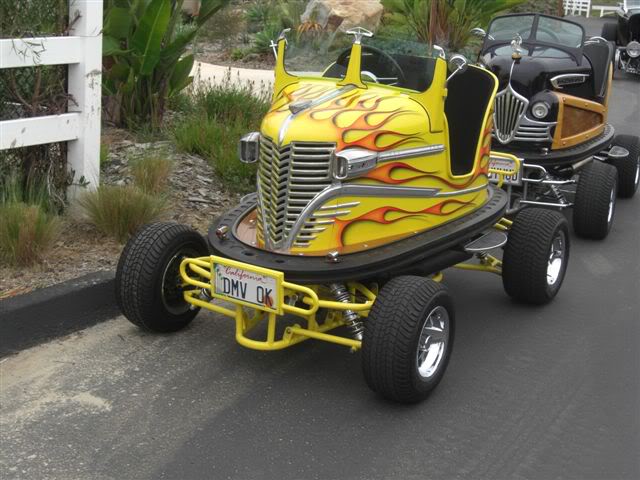 Created by California-based builder Tom Wright, the original set of modified bumper cars came from the Long Beach Pike amusement park’s discards.  Instead of watching them join the trash heap, he took out the Harley motors, replaced it with 750cc Honda and Kawasaki boxes, and redesigned them to pass city driving standards.  His fleet now consists of eight crazy-looking street bumper cars (culled from different amusement parks), all licensed to give your hottest ride a run for its money.

A couple of the cars can reportedly go up to 160mph, which seems awfully scary for a car with such a short wheelbase.  There’s no word on whether he’s selling any of these rides, but I doubt he’ll have a hard time moving at least a couple hundred of them.  Seriously, who wouldn’t want to cruise down the streets on a real bumper car?

Update:  We found some more pics for you on MR38’s Flickr Page