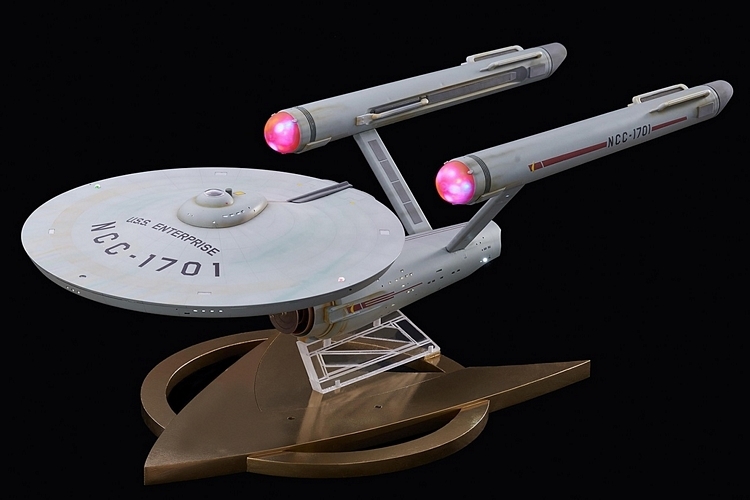 Hasbro has been doing well crowdfunding some of their more expensive collectible toys (like this Proton Pack, this Marvel Legends Galactus, and this Mandalorian Gunship), giving them a viable way to put out erstwhile low-volume releases that would otherwise not see the light of day. That’s why, it wouldn’t surprise us to see more toy companies go the same route. The new TOMY Prestige Select Star Trek NCC-1701 Enterprise, for instance, is doing just that, using crowdfunding to bring one of the more ambitious replicas of the most popular and recognizable starship from the franchise.

How ambitious is this? According to the outfit, it’s designed to stand out from the countless reproductions released over the years in terms of accuracy, as it’s based on the original model used in the original Star Trek series. Yes, that 11-foot model currently displayed at the Smithsonian whose restoration was finished back in 2016. Even better, one of the preeminent authorities on the original series model who also worked on the restoration, Gary Kerr, collaborated with Tomy for this project, ensuring it sticks as close to the original as possible. 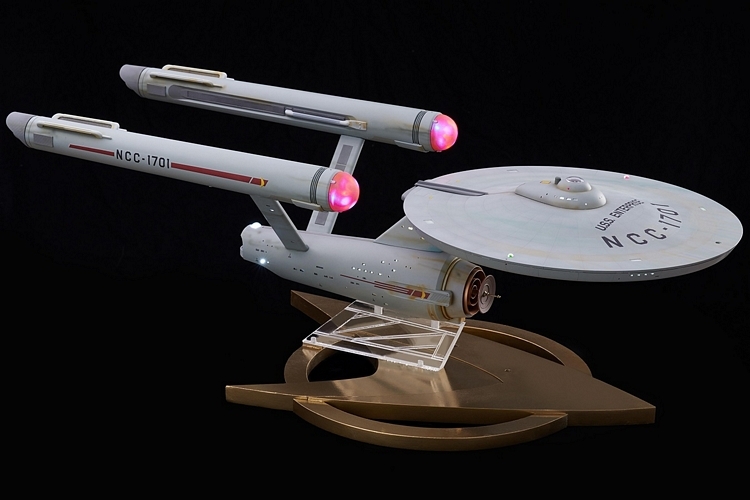 The TOMY Prestige Select Star Trek NCC-1701 Enterprise is a die-cast model of the 23rd-century Constitution-class starship that served as the Federation flagship throughout its run. It’s 1/350th-scale, with dimensions of 34 x 16 x 16 inches, so this will make for a massive display item anywhere you put it up, with around 90 percent of the model made from die-cast metal, causing it to tip the scales at a hefty 20 pounds.

For the first time ever, this model sees the Enterprise have a saucer section that can separate from the secondary hull, which, we guess, will allow the primary hull to glide through space on its own for those times the ship needs to be just a little more maneuverable. It also comes with two display stands, allowing you to display the Enterprise as a single starship or with the two hulls split up. 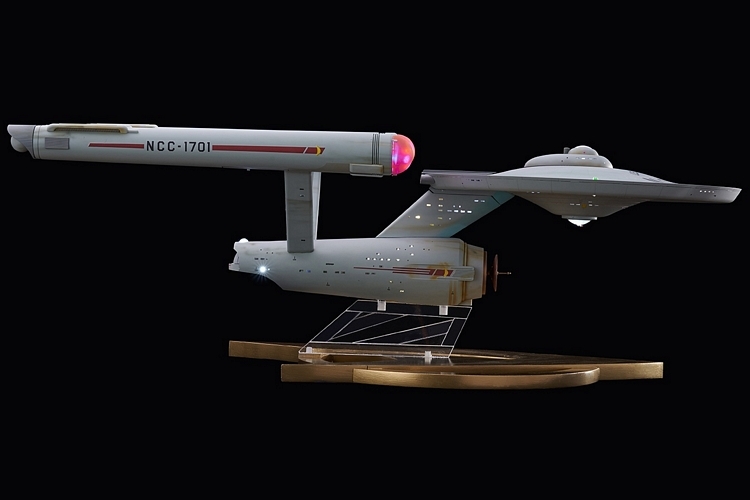 The TOMY Prestige Select Star Trek NCC-1701 Enterprise boasts more than 250 detail elements that should bring the realism up a whole new level. It has revolving nacelles with light-up animation that replicates the original special effects, an articulated hangar deck, a highly-detailed bridge, a glowing impulse drive, and all sorts of detailed decorations that precisely recreate elements from the original series. There are tons of LEDs on this thing, of course, with the interior sections all illuminated to give you a good look inside when you take a peek and numerous exterior lighting elements to mimic the lighted sections of the classic starship. Naturally, the whole thing comes in premium collection packaging. 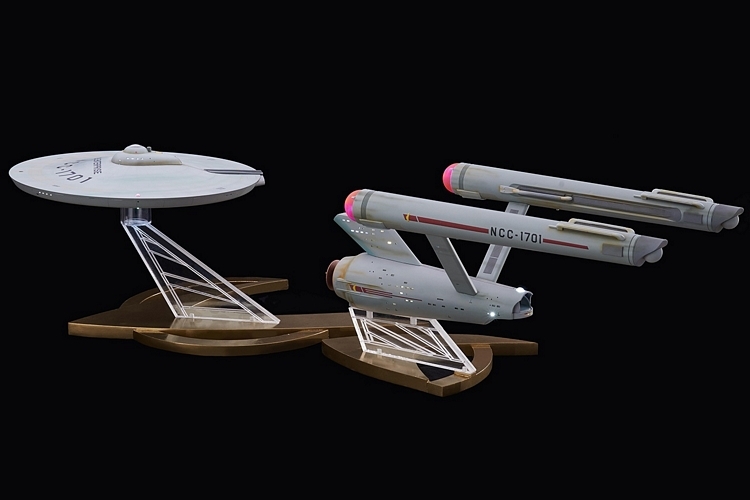 The TOMY Prestige Select Star Trek NCC-1701 Enterprise will go into production if the project is able to receive at least 5,000 preorders. According to the outfit, it’s a one-time, limited edition production that won’t be repeated, so this is likely to be your one and only chance to get what’s arguably the best replica of the classic Federation flagship.