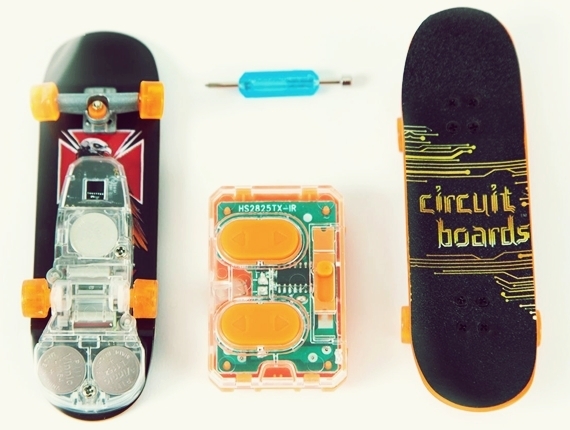 It was a long time ago when you came to terms with the fact that you sucked at doing tricks on a skateboard.  Being a frustrated skater, you turned your attention to fingerboarding.  Except you’re so clumsy, you sucked at that, too.  Don’t worry, it’s not time to give up yet.  If you’re any good at mashing buttons and moving joysticks, these new Tony Hawk Circuit Boards might just be the thing to get you over the hump.  And, yes, Tony Hawk really does still get licensing deals in 2014.

Made by Hexbug, it looks like any standard Tech Deck board, the kind you’ll see people pulling ollies, kickflips, and grinds with using their fingers.  Except it also comes with RC controls that allow you to direct different parts of its movements using a similarly tiny controller.  While you probably can’t pull off kickflips and similar tricks with this, it should be great for playing around ramps, rails, and half pipes. 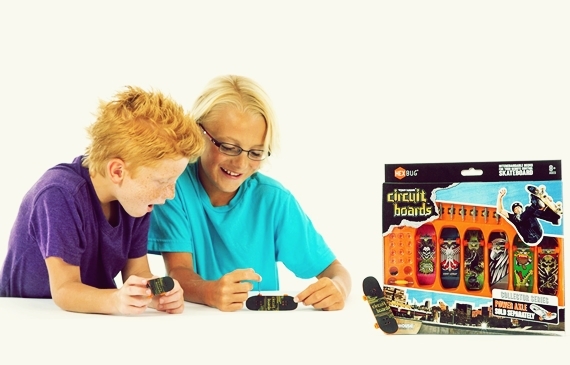 Described as “the world’s most advanced robotic skateboards,” the Tony Hawk Circuit Boards use a motorized axle that allow them to ride and pull stunts as if an invisible mini-P-Rod was maneuvering on the deck.  The motorized axle is actually removable, so you can take it off and slap it onto another fingerboard.  We’re not sure if it can work with boards from other manufacturers, but that would definitely be sweet if it could.  Aside from the motorized RC decks, the collection includes an assortment of ramps and halfpipes for building your own RC skatepark. 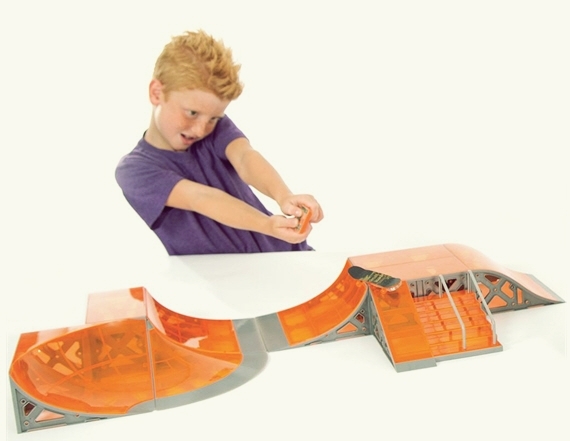 Each of the decks come sporting Birdhouse Skateboards graphics, so your teeny tiny boards look like real boards that people ride.  There are a total of 24 graphics in the collection, with different designs included in different packages (basically, they’re trying to get you to buy everything).

The Tony Hawk Circuit Desks are available now.  Price is just $4.99 for the boards (sans the motorized axle), just like your run-of-the-mill fingerboards.  A pair of boards with one motorized axle, however, retails for $19.99.