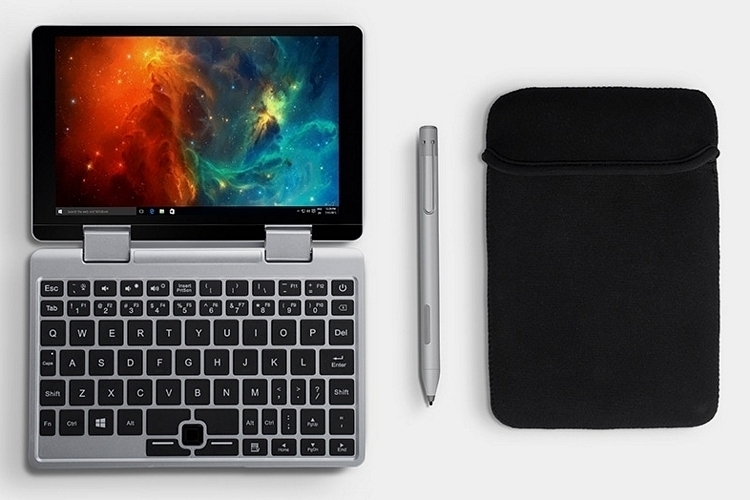 Most modern laptops (even gaming ones) are slim and light enough that you can carry them pretty comfortably in a backpack, making traveling with a laptop a largely hassle-free affair. Of course, some people still want something even smaller than a 12-inch ultraportable, which is why there’s a segment of folks that carry a laptop with a keyboard case instead. If you’d rather have a proper Windows machine in a compact size instead, you may be interested in the Topjoy Falcon.

A tiny convertible laptop (the lid can fold all the way to the other side to turn it into a thick tablet), the device measures a minuscule 7.8 x 5 x 0.8 inches (width x depth x thickness), making it small enough to fit in some EDC pouches and external pockets of some backpacks. We know, that’s still not as convenient as one of those pocket-size laptops we’ve seen in the past, but these dimensions do offer a nice balance of size and usability. Simply put, it’s compact enough to be easier to bring along than traditional laptops, while being large enough to not compromise too much on ease of use. 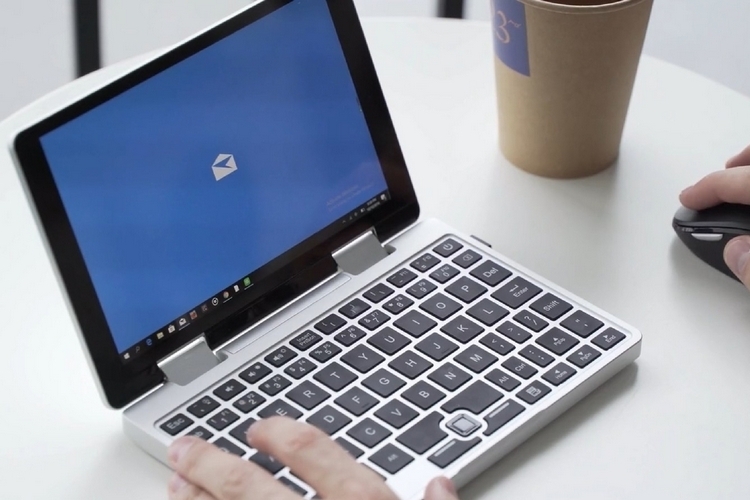 The Topjoy Falcon has an 8-inch IPS touchscreen display with a 1920 x 1200 resolution, as well as Gorilla Glass 4 panel to ensure durable function. Because of the size, they had to get a little creative with the keyboard, so it will likely take some time to get used to typing on something this crowded. It also can’t accommodate a traditional trackpad, so they put an optical touch sensor in the middle of the space bar and two buttons below it for the left and right mouse controls. Suffice to say, you’ll probably want to bring a mouse along (or just use the capacitive touch screen).

Under the hood, it houses an Intel Pentium Silver N5000 quad-core processor (which includes an Intel UHD Graphics 605), 8GB of RAM, and two options in storage (either 128GB or 256GB SSD). Sure, you’re not going to be playing any AAA game on those specs, but it should handle most common productivity tasks without a hitch. According to the outfit, the onboard battery can power the mini-laptop for up to eight hours of operation. 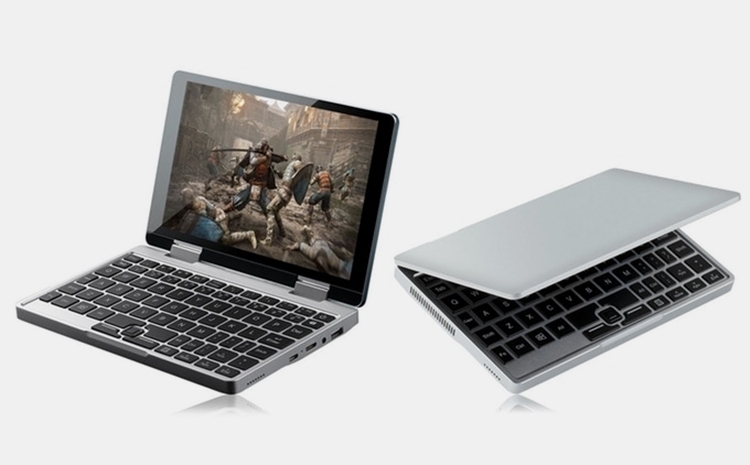 The Topjoy Falcon comes with a USB-C slot, a USB-A slot, an HDMI port, and a headset slot, all on the right side of the body, with the left side sporting an air inlet for the internal fan. In case the fan’s noise, by the way, gets in the way of your work, there’s a button on the keyboard that lets you turn it off temporarily. It runs a full build of Windows 10 Home and Ubuntu, so you can switch to whichever OS you prefer working on at any time. 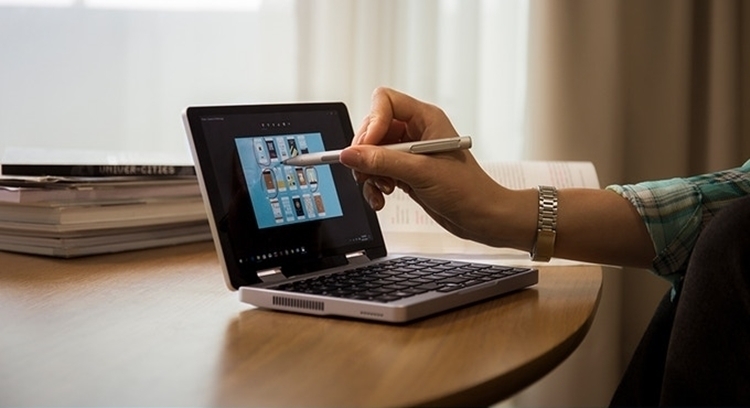 For creatives, it comes with a capacitive stylus that boasts 1,024 levels of pressure sensitivity, so you can use it for plenty of graphic design tasks. They also throw in a USB-C docking station that gives you USB-C slot, two standard USB slots, a TF card slot, an SD card slot, an extra HDMI port, and an Ethernet port.

A Kickstarter campaign is currently running for the Topjoy Falcon. You can reserve a unit for pledges starting at $399.