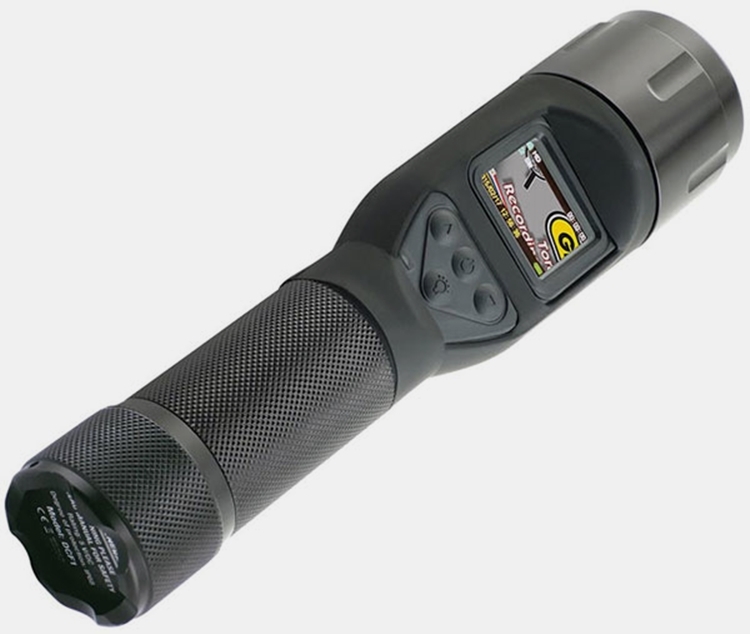 Remember that one time when you hiked through the backwoods at night with a flashlight and ended up seeing a chupacabra playing with a gnome? So you pulled out your camera fast as you can to take photographic proof, which, as it turns out, isn’t quite fast enough, because those two scurried out of there in an instant. That won’t be a problem when you use the Torchscope.

Made by General Tools, it’s a heavy-duty flashlight with a built-in camera, so it can automatically record anything the light is aimed at. No longer do you have to convince people to believe your story about the chupacabra and the gnome, since the image will be committed to video as soon as they cross your beam’s path.

The General Tools Torchscope has a maximum brightness of 1,000 lumens, with three settings and two modes. Designed for rugged, professional applications (like, you know, searching for gnomes and chupacabras), it has a stainless steel housing that lets it submerge in water up to 33 feet deep and survive drops from as high as three feet. On the recording front, it has an onboard camera that can capture in HD with a 60-degree field of view, an integrated mic for recording audio, and an SD card port (4GB included) for saving the video. It has an LCD viewfinder on the body that lets you watch whatever the camera is recording, with a variety of settings available for both photos and videos.

Yes, you can always just strap a GoPro on top of your Nitecore Tiny Monster to accomplish the same thing, but the resulting assembly will probably be all sorts of unwieldy. The General Tools Torchscope is available now, priced at $299.