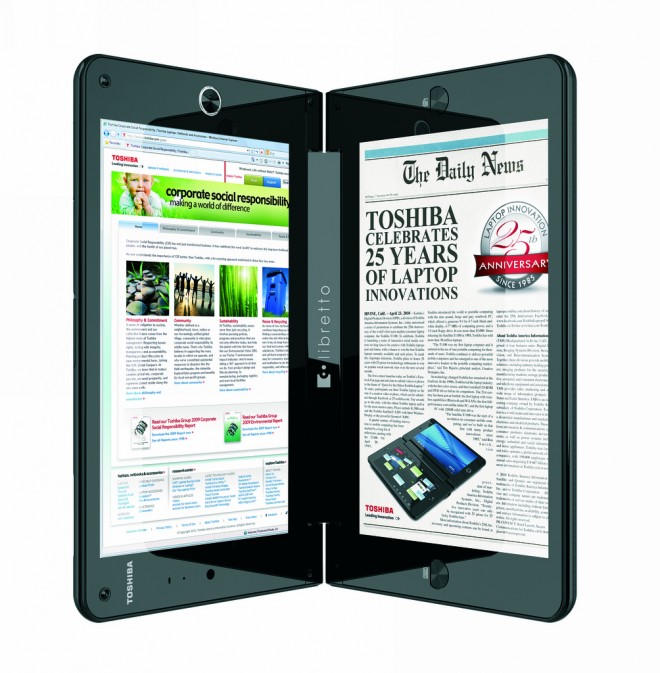 Think a folding tablet is a good idea, but can’t justify the Kno’s uncomfortable size?   The Toshiba Libretto W100, which halves the 14-inch textbook ereader and throws in a full Windows 7 experience, should be more up your alley.

Toshiba’s calling it an “ultra-mobile concept PC,” which probably means they’re looking to test the waters with the product.  Unlike other “concepts,” however, it’s actually coming to market, delivered with a full desktop OS and a whole slew of mobile-targeted software living under its guts. 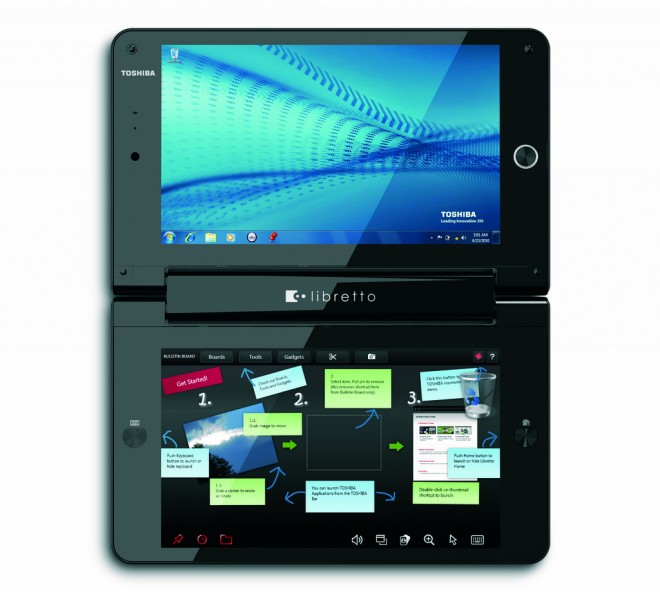 The Libretto W100 boasts two 7-inch multi-touch displays (1024 x 600 resolution each) which fold into each other, allowing you to spread it open like a book.  And Toshiba will make sure you take advantage of the configuration by including a proprietary ebook reader that lets you see page spreads, similar to a real printed tome. Both screens can work together (as in, showing a  merged output) or independently (you can have a browser in one and your word processing software in the other).  You can have a virtual keyboard in one with your desktop in the other, as well, so you can use it like an undersized laptop in landscape mode (an onboard accelerometer will detect switches automatically). 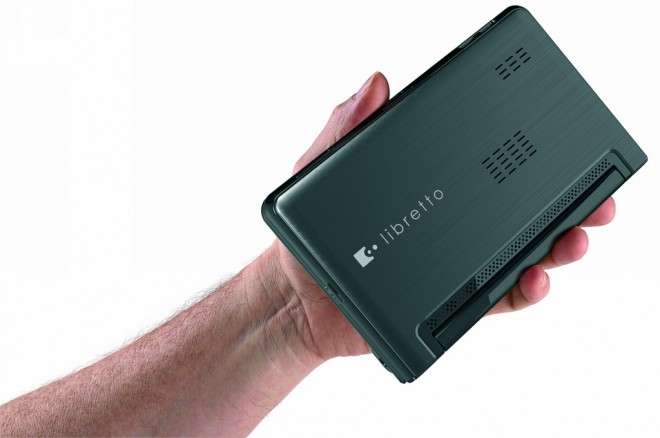 Equivalent to most netbooks in processing capabilities, it features a 1.2GHz processor, 2GB of RAM, a 62GB SSD and a 1MP front-facing camera module.  Despite the dual-screen configuration, it’s easily among the smaller tablets in the market, clocking in at 4.84 x 7.95 inches.  The company says it can fit into a jacket pocket or a small purse.

Slated for an August release, the Toshiba Libretto W100 will be restricted to Japan in its debut, priced at the equivalent of $1,100.  Expect it to appear in other markets, however.