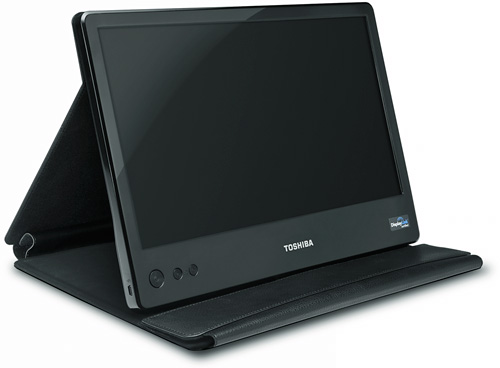 Portable external displays for use with your laptop isn’t a new idea.  The Toshiba Mobile Monitor, however, strikes a beautiful balance between size and affordability that makes it an interesting proposition.

Designed for mobile use, it clocks in at less than an inch thick, all while weighing a mere 2.8 lbs.  It also comes with its own black vinyl carrying case that doubles as a stand when folded, so you don’t need to carry anything extra for a second display while working on the road. 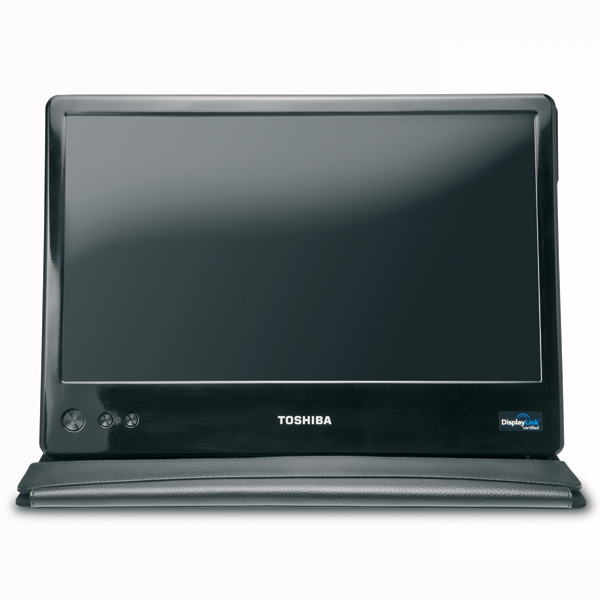 The Toshiba Mobile Monitor features a 14-inch screen, with 1366 × 768 pixels of resolution, 220 nits of brightness and a 400:1 contrast ratio.  It plugs to your computer via a Y-shape USB cable for both power and data, using Display Link technology to fulfill its duties.  Do note that to get the full 220 nits, you’ll need to plug in the optional AC adapter.

You get three buttons on the bezel: power, brightness up and brightness down.  The rub is, it only works with Windows computers, so those who’d rather take their Macbooks on the road can move along now — nothing to see here.  On a positive (but pointless) note, it looks like you can set it down flat on a table and pretend you’ve got a Windows 7 Toshiba tablet just for the heck of it.

As we said above, the price is a major upside for the Toshiba Mobile Monitor, considering how similar Display Link-powered devices go for.  You can get one directly from the Toshiba website for a really attractive $199.99.