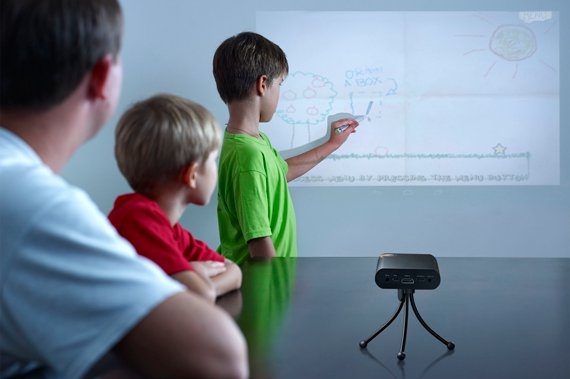 Just like other mobile projectors, the TouchPico crams hardware that can beam enlarged images up a wall, all while measuring no bigger than a regular smartphone.  Unlike them, it comes with a stylus that can interact with the projected image, effectively turning the projection into an interactive touchscreen.

Unlike most pico projectors that work with smartphones, the TouchPico can be operated all on its own.  Powered by a dual-core 1GHz Rocketchip CPU, it runs a full build of Android 4.2, that you can interact with via the projected image (no separate onboard display).  It has no access to Google’s suite of apps, including the Play Store, but the team claims they are working to get approved on that end soon.  For now, users can either side load apps to the system or use WiFi Direct to project content from their smartphones. 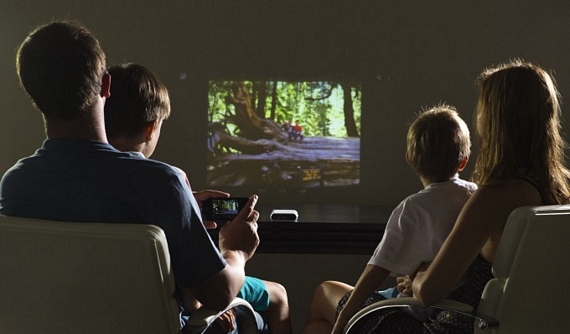 The TouchPico can project images measuring up to 80 inches diagonal, with an 854 x 480 resolution and a brightness of 150 lumens.  Details include a microSD card slot for storage, WIFi, HDMI input, AV input, and audio out.  The stylus, however, is the big difference maker, allowing you to interact completely with any running apps, whether to add marks on presentation items, sketch on a virtual whiteboard, or control any running apps.  Battery is the weak spot in the assembly, though, allowing it to run for just 45 minutes when wirelessly connected to a smartphone, so you’ll want to keep an external power charger nearby to keep it up and running. 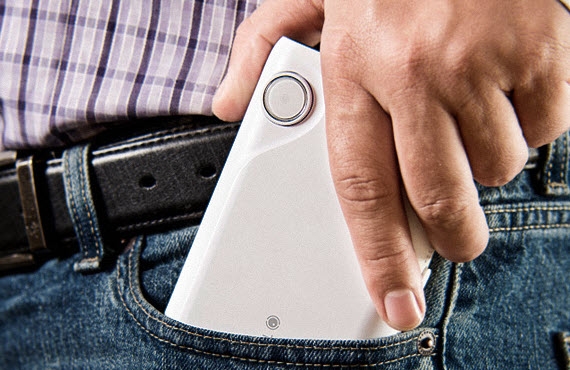 An Indiegogo campaign is currently running for TouchPico.  Pledges to reserve a unit starts at $329.