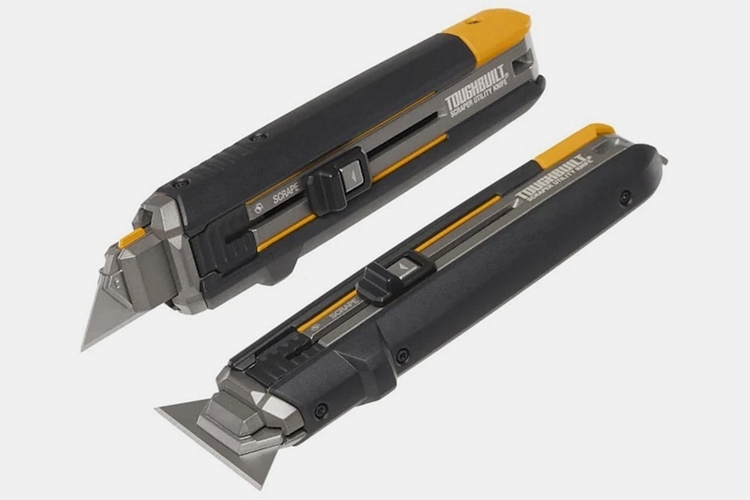 It looks like any heavy-duty utility blade. You know, the kind they carry around at job sites for various cutting jobs that pop up throughout the day. Except, the Toughbuilt Scraper Utility Knife has a unique trick that allows its cutting blade to transform into a scraper head at the push of a button.

Like any utility knife, it has a retractable blade that’s divided in several segments, making it easy to remove a blade once it’s dulled and use the next one on the line. Unlike them, it has a button that changes the blade’s orientation with a single push, putting the edge out front instead of on the side to let you perform various scraping tasks. 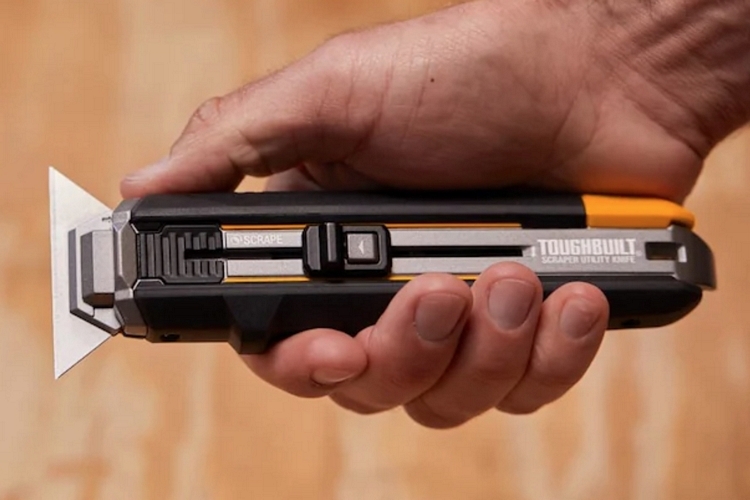 The Toughbuilt Scraper Utility Knife can function like any utility knife, so when a cutting task comes up, you simply slide up the 2.2-inch blade, lock it in place, and put its sharp edge to work.  Once a blade dulls, just slide it up again and snap it off with your fingers, then load a new blade using the rapid load change system, which lets you switch to a fresh blade in a jiffy. It’s simple, it’s convenient, and it gets most, but the toughest, cutting jobs done.

The main selling point, of course, is that clever change in orientation, where the blade rotates 90 degrees immediately at the push of a button. Push the button again and it rotates 90 degrees back to the previous position. The switch happens at a rapid pace, making it quite a satisfying action sequence, likely prompting more than a few folks to use it as some kind of fidget toy. Seriously, it looks fun. According to the outfit, the 90-degree switch is a patented mechanism, so you’re not likely to see other big brands do utility knives with exactly the same clever mechanism. 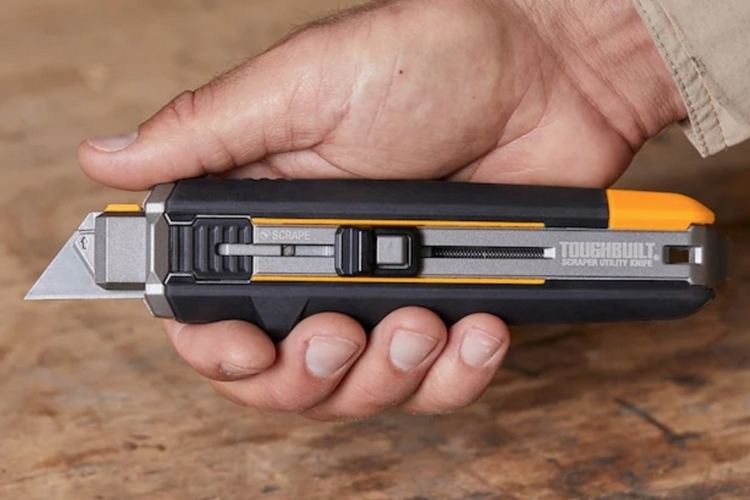 The Toughbuilt Scraper Utility Knife has a rugged handle made from triple-injected plastic with metal reinforcements that should allow you to perform all sorts of cutting and scraping tasks, from slicing wires and scoring drywall to splitting thick rope and removing stubborn adhesive residue.  It measures six inches long, so there’s a good load of the burly handle to grip, allowing you to get a plenty of leverage, no matter the task at hand, with the included blades cut in steel, so it should be hard enough to cut through a wide variety of materials (albeit, not thick enough to cut through tougher items). 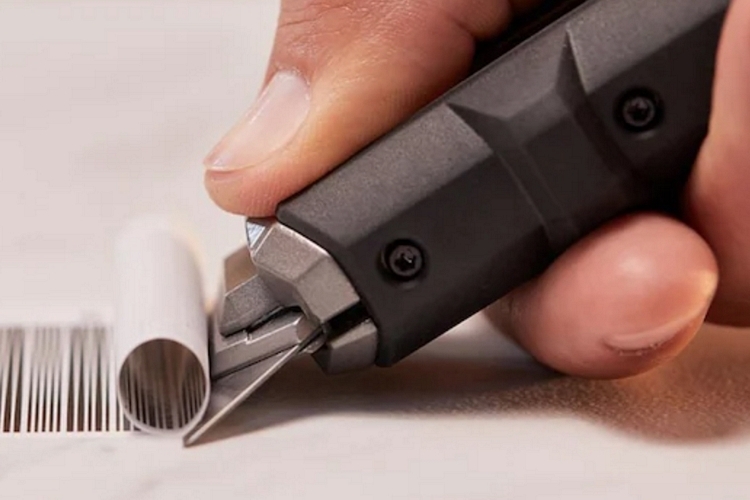 At the butt end of the handle is a pry tool that you can use to open paint cans, take out nails, and perform other prying tasks. There’s also a hole there for attaching a lanyard or hanging it on a belt clip, giving you a bit more options for carrying it around the job site. Other features include non-slip rubber on the grip to ensure a secure hold and a finger guard near the business end for protection.

The Toughbuilt Scraper Utility Knife is available now, with five spare blades in tow. Price is $17.98.