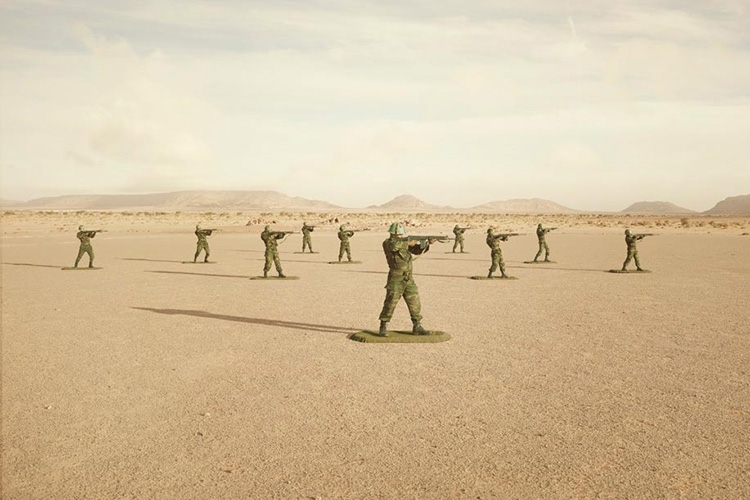 Ever set up a diorama of a battlefield, populated it with green army men (and green army zombies) in battle, and took photographs to preserve the scenes for posterity?  If you ever tried that, it’s fun.  And while the photographs in this Toy Soldiers collection look just like those miniature battlefield scenes, they’re actually created using real-life soldiers in real-life locations.

Created by Simon Brann Thorpe, it’s a set of photographs that depict a battalion of soldiers carrying out offensive and defensive actions in a desert landscape.  Well, as much action as soldiers in repose can enact anyway, since each of the servicemen are made out to look like green army men cast in inanimate poses. 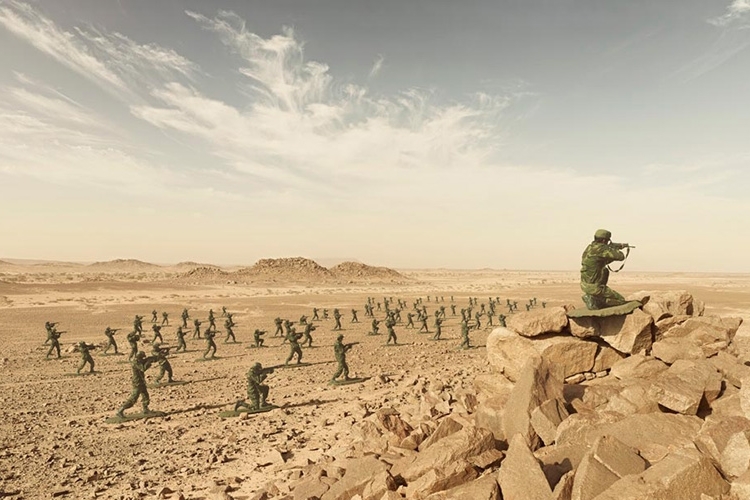 Toy Soldiers is the artist’s statement on the continuing conflict in Western Sahara (hence, the desert setting), a country whose fate remains in the balance since Spain’s withdrawal in 1975, as well as a bigger statement on post-colonial cycles of violence.  He uses the toy-like appearance as a metaphor for the seemingly endless waiting the nation suffers, while the Kingdom of Morocco and the Palisario Front continue their tussle over the disputed territory.

Shot entirely on location in an isolated area of the Western Sahara, the photos use actual soldiers in the region, all of whom serve under a military commander with whom Thorpe collaborated with in the project.   A selection of costumes, props, poses, and shooting angles allowed them to create the toy-like appearances, which, we have to admit, we probably wouldn’t have suspected as anything else. 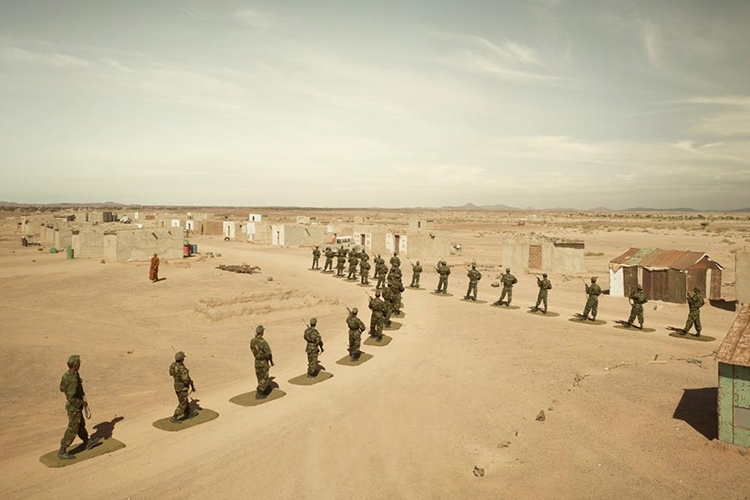 A total of 96 photographs are included in the collection, each of which is printed in the book Toy Soldiers, authored by Thorpe, along with Chad Elias and Jacob Mundy, both of whom provided the accompanying text.  It’s available now, priced at £42.