Can You Drive Toyota i-Road With A Straight Face Or Is That A Traffic Violation? 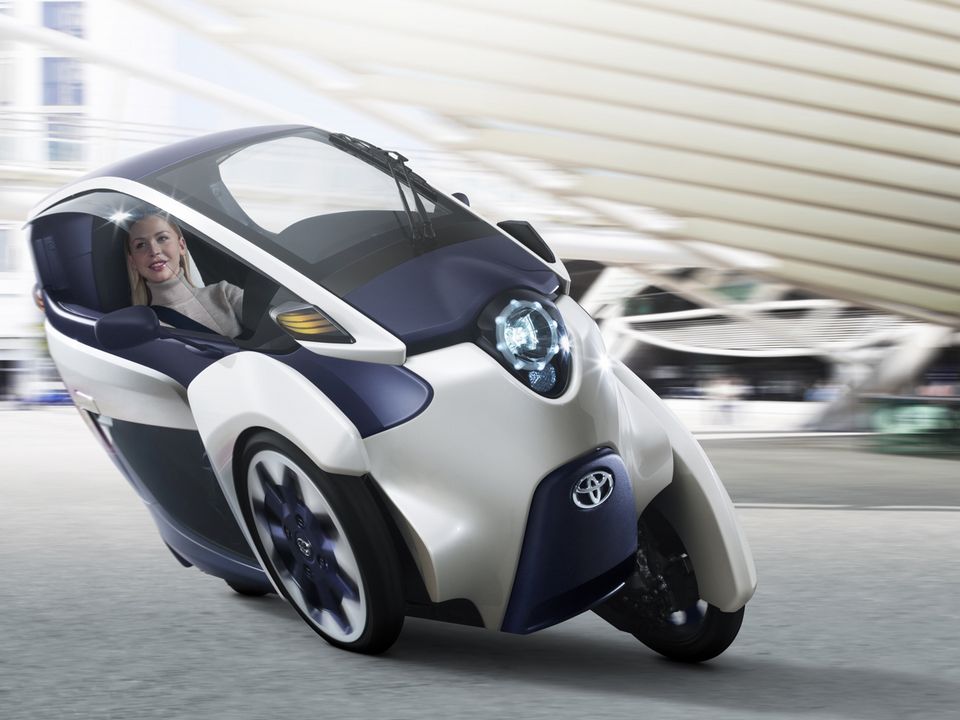 We kid, we kid.  Well, partly.  In all honesty, it will be hard to keep a straight face driving the Toyota i-Road, with its three wheels, narrow motorcycle dimensions and side-leaning cornering action.  I mean, it’s as cartoony a vehicle as anyone can probably dream up. But boy, does it look like a fun concept. 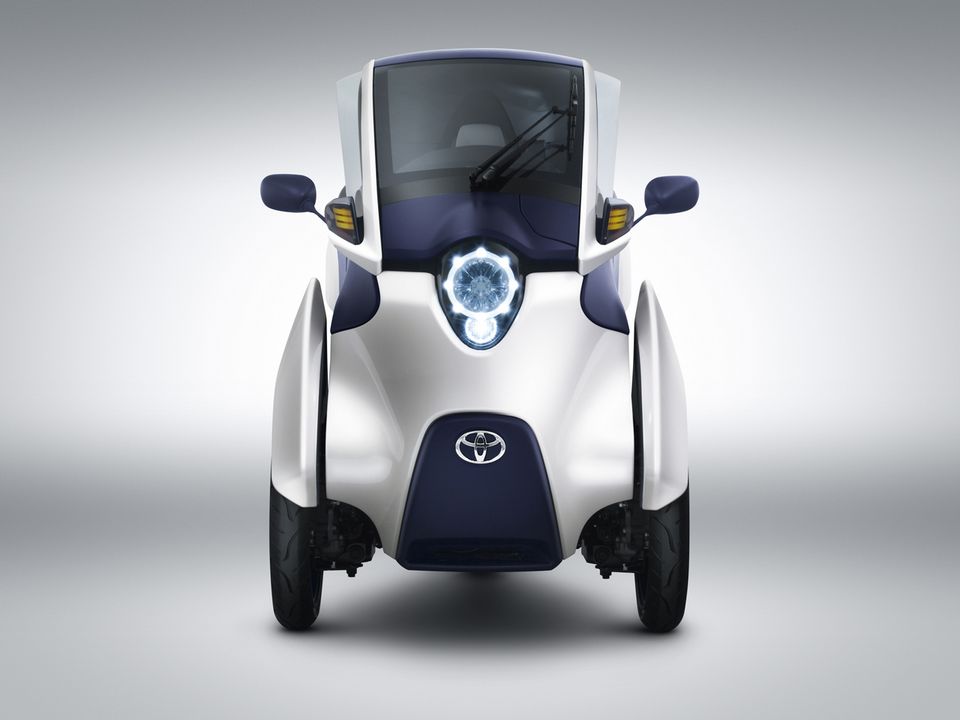 Rather than being classified as a car or a motorcycle, Toyota is billing it as a Personal Mobility Vehicle.  We don’t know if that puts the three-wheeler in league with the Segway and its ilk (probably does), but it definitely feels appropriate to have it in its own category separate from either cars or motorcycles.

Unlike cars, the i-Road seats two people in tandem motorcycle-style instead of side by side, allowing it to retain a width of only 850 mm.  And unlike motorcycles, it has an enclosed cabin that keeps the elements away, so you can ride your i-Road come rain, sun, or a heavy blowup of dust.  It runs on pure electricity, with a separate two-kilowatt motor powering each of the two front wheels.  As you can guess, that maxes horsepower at just over five, so it’s not the kind of ride motorists are going to take kindly to in highway traffic.

Just like motorcycles, the vehicle will tilt through turns and uneven roads to ensure a stable drive throughout your short trips (battery will only power it for up to 30 miles).  The tilting is computer-controlled, too, so the action will be automatically executed with no input from the driver.

As of now, the i-Road is only a concept vehicle. Given the nominal success of mobility transporters among average consumers, it’s also not a likely nominee for being produced very soon.  Still, seems like a sweet option for beer runs at 2 AM or a quick trip to the Mini-Mart. 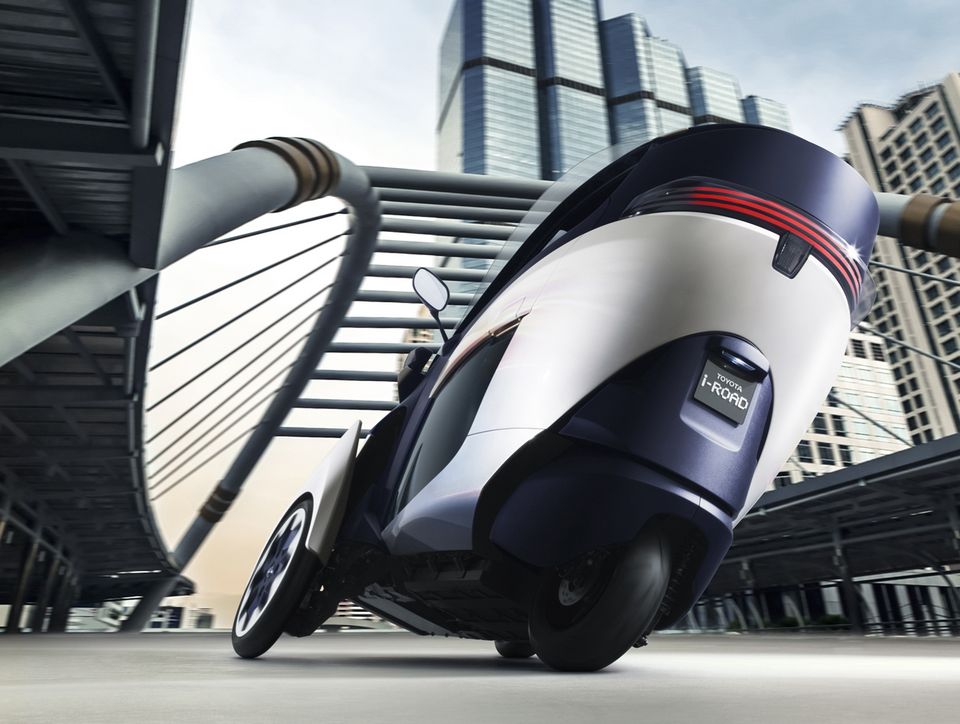 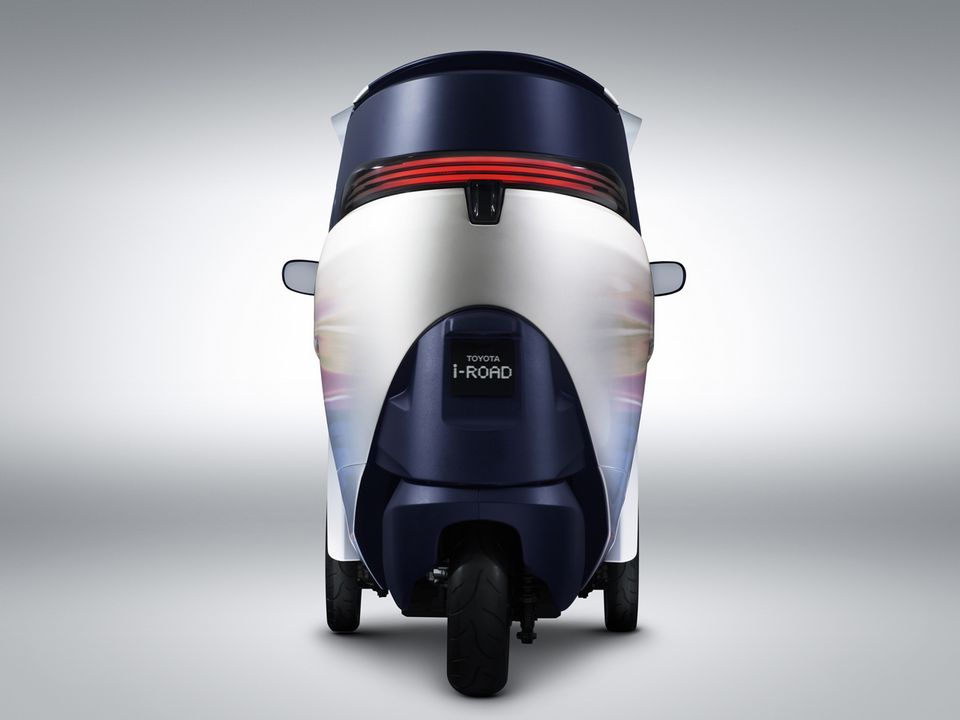 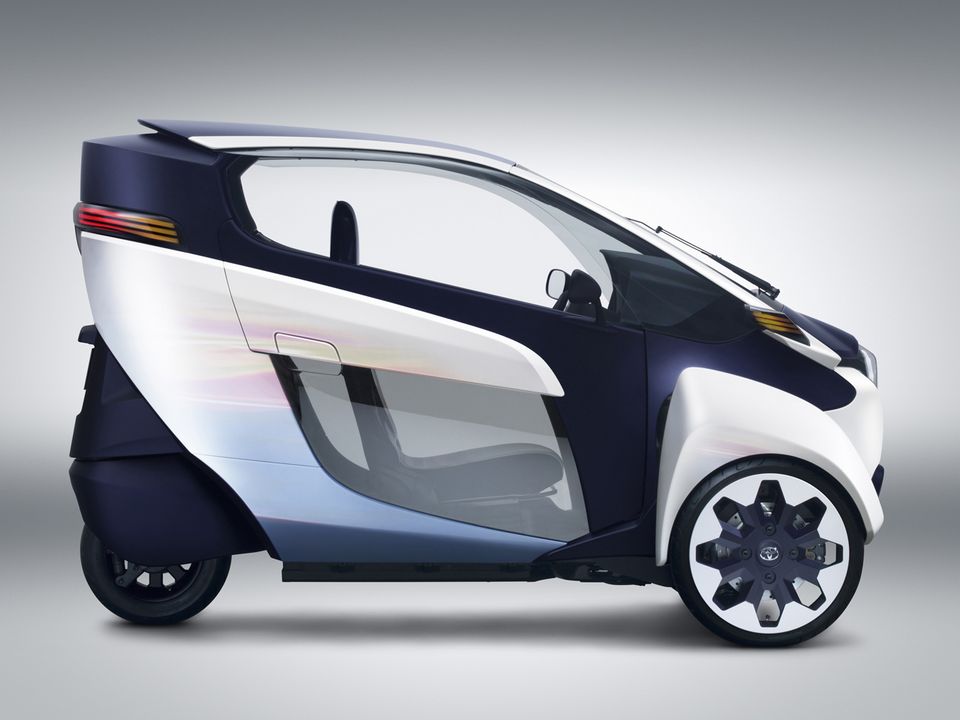 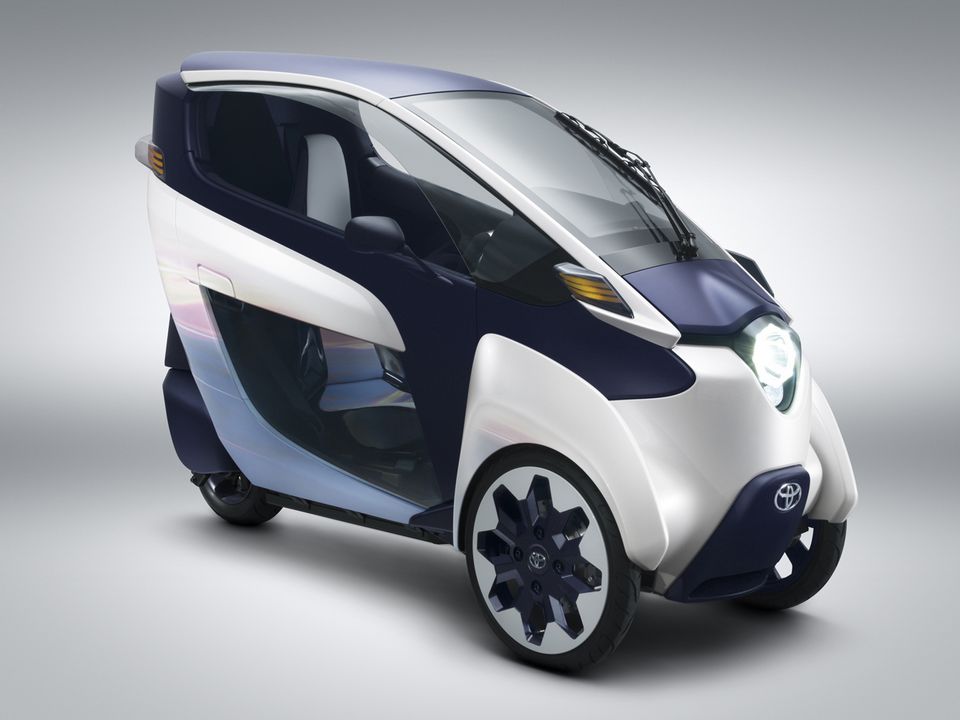 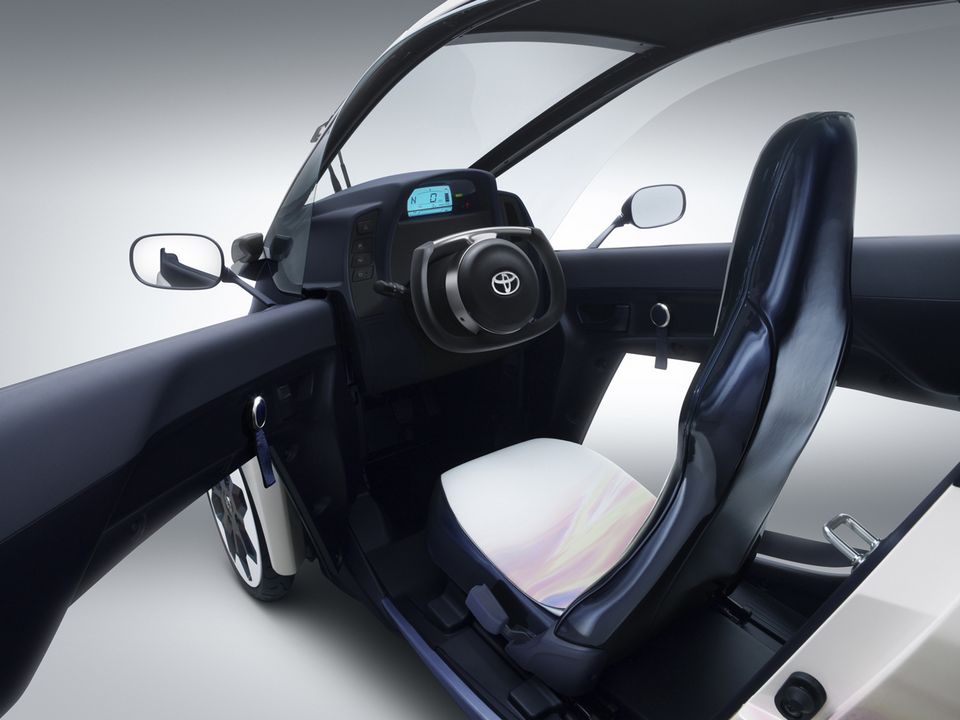 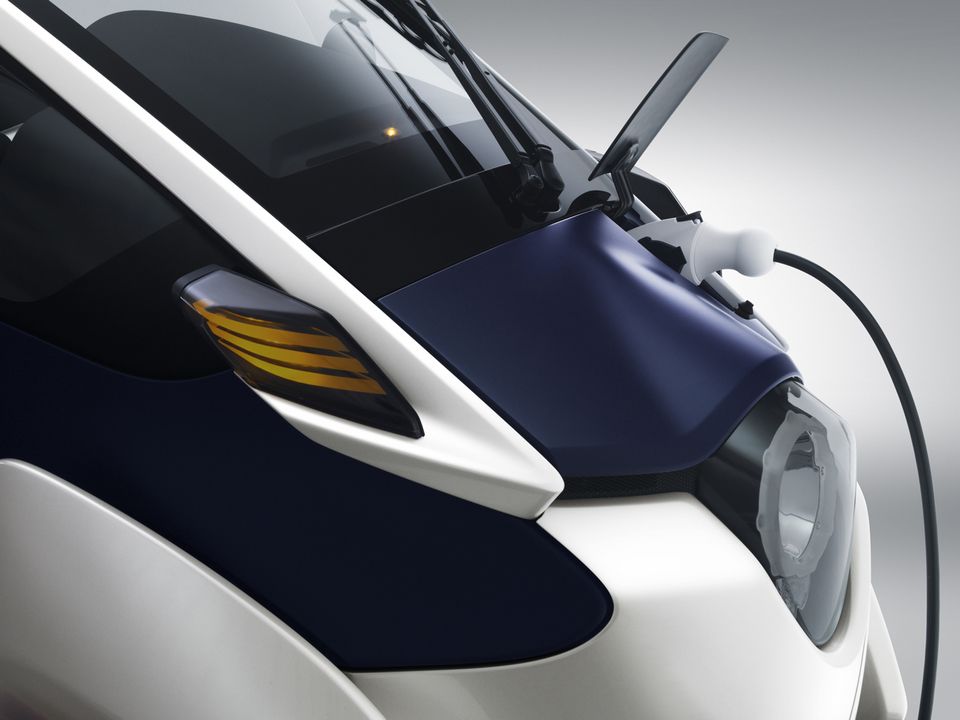 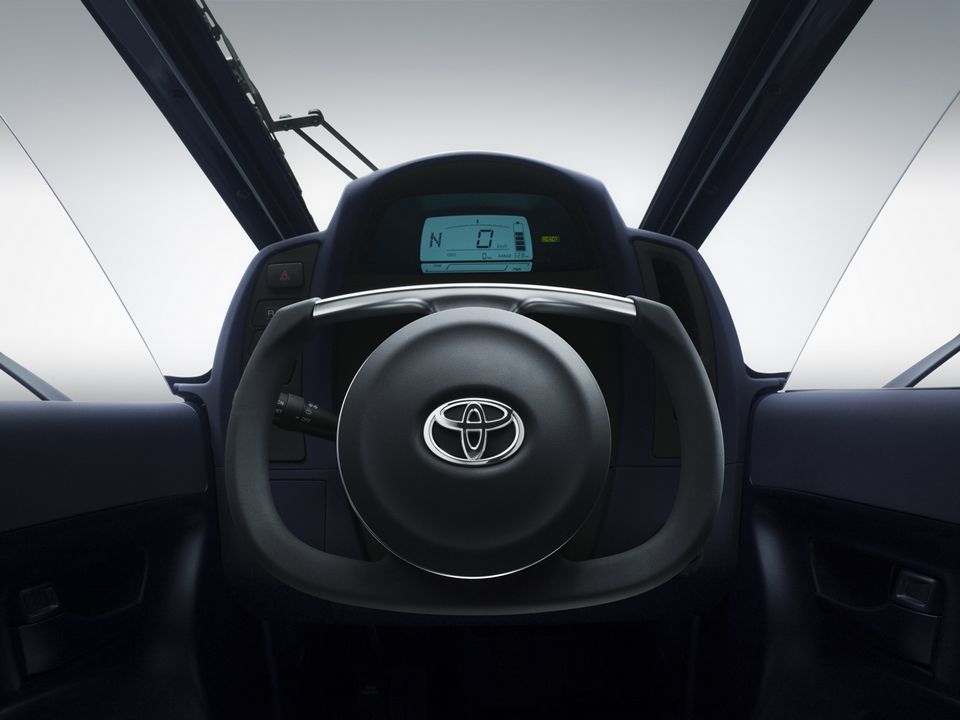 Stay tuned for more info as we receive more updates from Toyota at Geneva Motor Show.