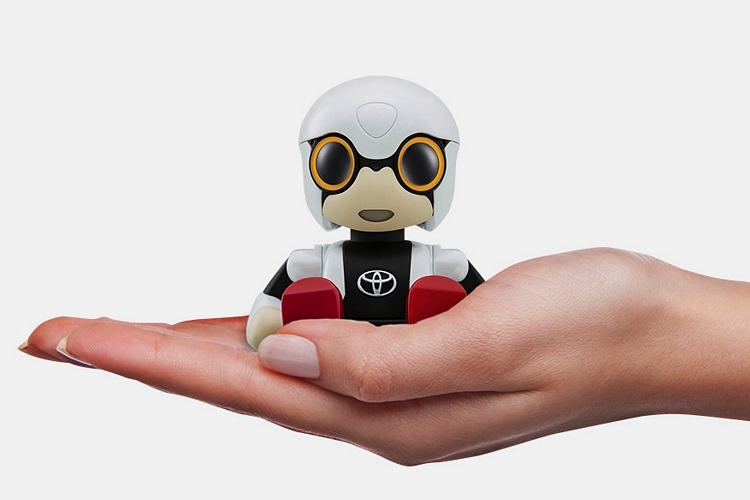 Can a robot companion get you to drive more safely? That’s what Toyota is hoping for with the Kirobo Mini, a companion robot that slots into your car’s cup holder, keeping you company with a constant stream of conversation.

Designed by Tomotaka Takahashi (the same guy who designed Sharp’s Robohon), the automaton will not just provide one-way chatter the way a radio broadcast or podcast would. Instead, it will talk like a human in conversation, responding not just to your own statements, but your actions and emotions during driving (e.g. it will remark “Oops!” when you suddenly slam on the brakes).

When there’s a drop in conversation, the Kirobo Mini will immediately start a new thread, making sure it keeps you mentally busy, so you don’t drift into daydreaming or nodding off during long drives. Toyota is hoping the constant companionship the robot offers will not just keep you alert, but have you consciously drive more safely, too, since it will feel like you have a friend or family member sitting in the car.

The current version of the robot, which is still a concept prototype, measures roughly four inches tall and comes with a facility for docking that’s sized to fit into the vehicle’s cup holder. If market research points towards the concept’s viability, the automaker is planning to fit it with the kind of features you’d expect from any in-car automation, such as turn-by-turn navigation, audio playback management, and interaction with smartphone apps, along with the conversational talents.