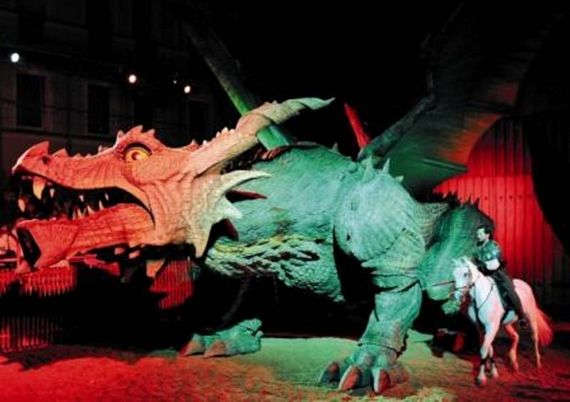 Created by Zollner Elektronik AG, it’s a giant four-legged dragon automaton that can prance around and terrorize everyone in the room.  Sure, it’s painfully slow with a walking pace of just 1.1 mph, but we’d gladly stare at it intently while it takes that one-mile trek for an entire hour with a huge smile on our faces any day of the week.  And we bet you’d do the same. 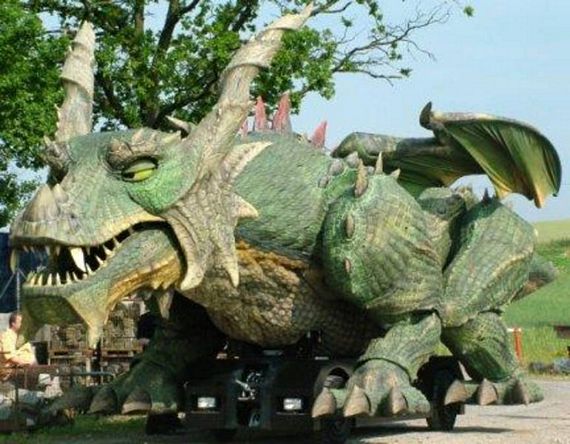 Instead of being fashioned by a mad scientist for world domination, Tradinno was actually created as a stage dragon. Specifically, they built him to be the main star of Drachenstich, a folk play that’s been held annually in the town of Furth im Wald in Germany for the past 500 years.  The robot is completely self-contained, allowing it to move around the stage unencumbered by wires and tethers, so you can literally steal this and have a pet dragon by your side while you take your daily walks around town (at least, until the cops locate you). 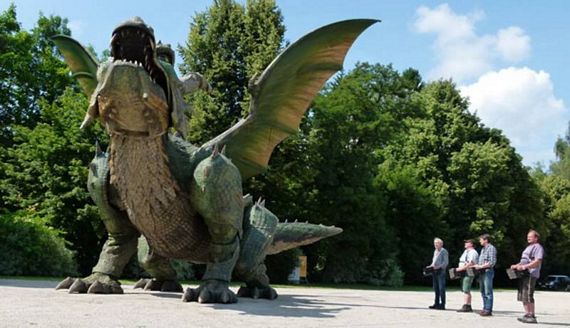 Huge and imposing, it measures 50 x 12.4 x 14.7 feet (l x w x h) and weighs 24,000 pounds.  Like any good mythical dragon, it comes with wings that span a width of 39 feet when completely stretched out.  Driven by a 2.0-liter turbo diesel engine and controlled by four remotes, the robot boasts seven degrees of movement in each leg, allowing it to not just walk forwards, but also turn corners and move sideways.  Just to illustrate the complexity of this beast, it comes with two hydraulic circuits, 272 hydraulic valves, 65 animated axles, 238 sensors, 300 meters of hydraulic lines, 1,300 meters of electric cables, and 110 meters of pneumatic lines. 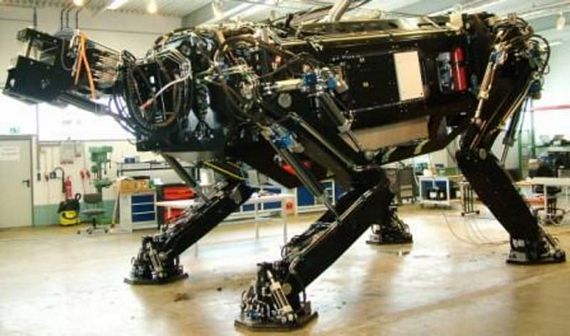