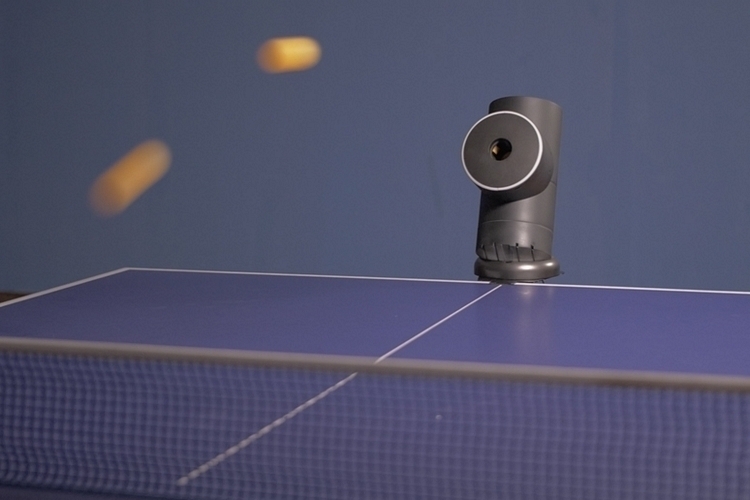 It’s not the first ping pong robot we’ve seen for lobbing dozens of balls your way. So far, though, I don’t think we’ve come across anything as versatile as the Trainerbot, a ping pong robot that can be programmed to throw any type of shot during solo practice sessions.

Unlike other ping pong robots, it won’t just be able to vary the speed at which it throws the balls. Instead, you can adjust direction, height, spin type, and shot strength, ensuring its arsenal of shots are as varied as the many competitors you regularly encounter, whether in pick-up games at the local club or during tournaments. The Trainerbot sets up on a stand that mounts on the edge of the table, where you can control it using an accompanying app. From there, it’s able to swivel all across the table’s width, as well as tilt up and down, allowing it to recreate all possible shot angles that you might encounter in actual games. Even better, it can throw balls with a top spin, down spin, or a side spin, so you can get the exact practice you need to fix any existing sticking points in your game. Shot sequences can be programmed directly from the app, so you can recreate any past games, as well as drill yourself in specific skills.

Granted, it doesn’t have the non-stop play offered by solutions like the Killerspin Throw II, since it offers no way of collecting loose balls and bringing them back in play. That means, your practice sessions are restricted to 30-shot rounds, since the integrated chamber can only hold up to 30 balls at a time.

A Kickstarter campaign is currently running for the Trainerbot. Pledges to reserve a unit starts at $329.