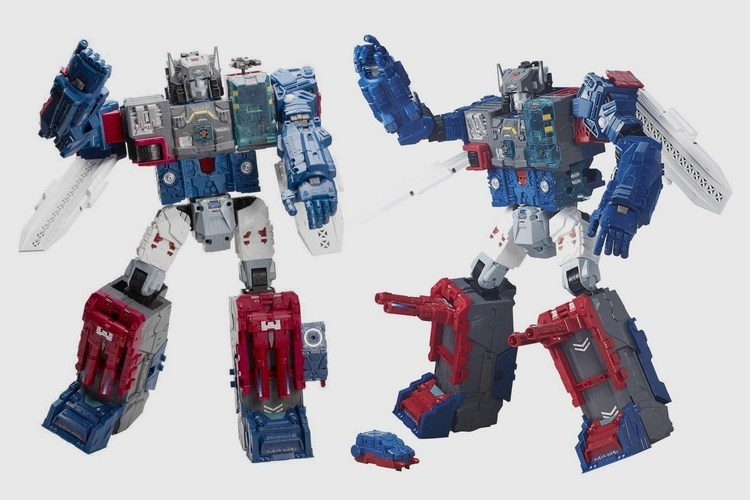 If you’re looking to beef up an ever-growing Transformers collection or just want a big-ass robot to lord over your display shelf, then Hasbro’s got you covered with one of the the latest addition to their Titans Return imprint. We’re talking about this Titan Class Fortress Maximus, a hulking action figure of the frequently-incarnated reluctant Titan from Cybertron.

Standing two feet tall, he makes for a massive Transformers toy – the tallest one ever produced, in fact. Yes, it’s even taller (very slightly, when measured from head to foot) than 2013’s Metroplex, making for the perfect robot to match up with the latter head-to-head if you have it. Speaking of Metroplex, this is a retooled version of that same robot, by the way, albeit an elaborate one with plenty of modifications and improvements. 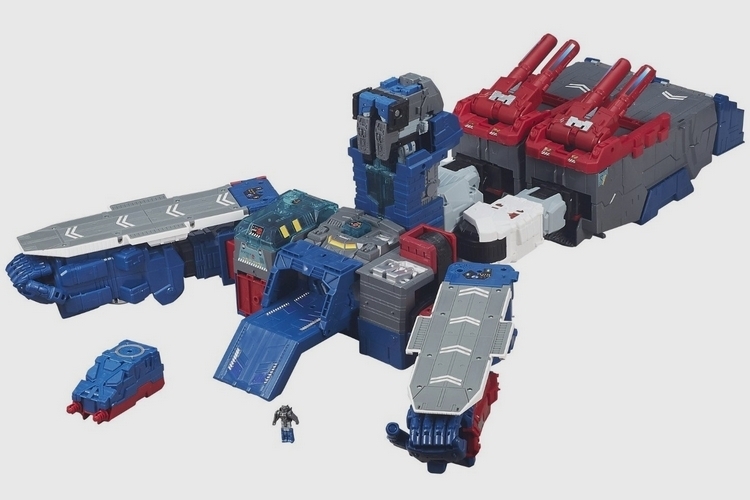 The Titan Class Fortress Maximus can transform into two non-robot forms: a battle station for waging warfare and an Autobot city during times of peace, with Titan Master figures able to fit inside when he’s in either mode. In the latter mode, it’s also able to connect to Leader Class figures in the Titans Return subline to form larger cities. It comes with high levels of articulation, complete with movable fingers, as well as light and sound effects that vary depending on what form he’s currently taken. 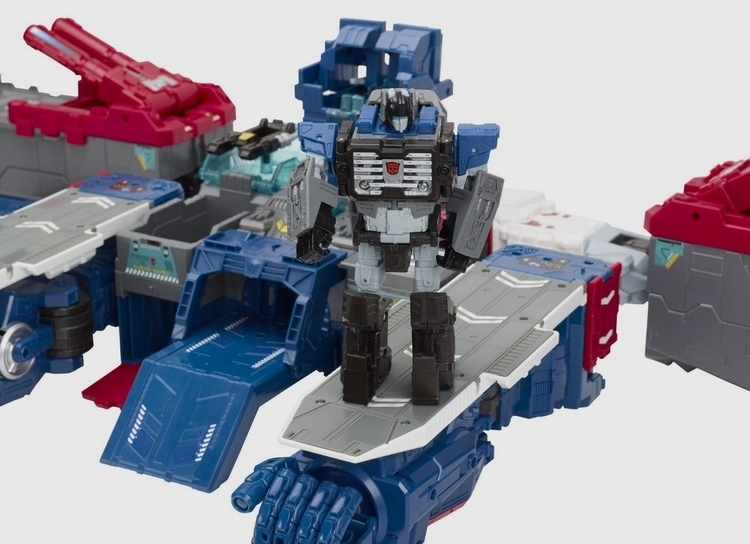 Both Cerebros and a Titan Master Emissary are included, with the former serving as Maximus’ head and the latter serving as Cerebros’ head. Accessories include a gun turret (goes in the chest), a Master Sword, and two guns that can be hinged on the knees, attached to shoulders, or held in the robot’s hands.