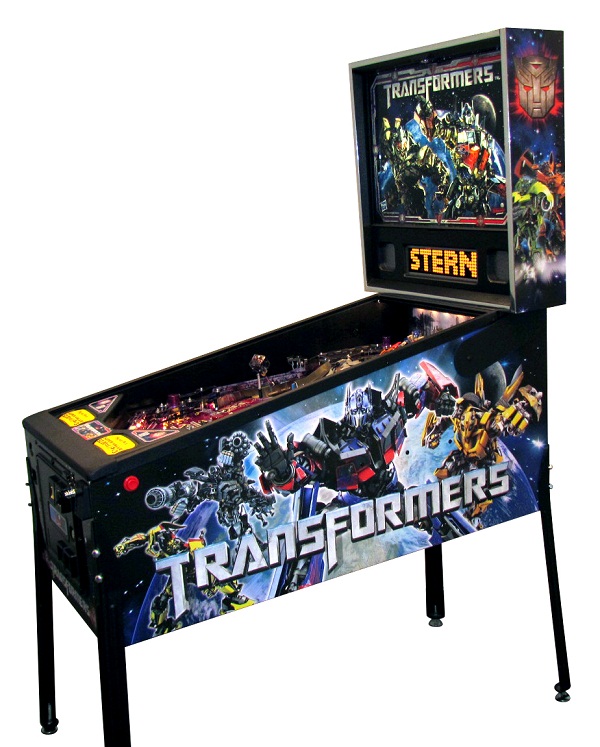 Playing pinball on a real arcade box isn’t really the same experience as playing on the iPad.  Except real pinball machines aren’t easy to come by, while you can download any pinball app you want for a couple dollars and change, so convenience trumps authenticity most of the time.  We can’t imagine any serious Transformers geek passing up on this, though: the Stern Pinball Transformers.

Yep, it’s a Transformers-themed pinball machine.  For people who still play pinball on real arcade machines (as opposed to digital pinball rigs).  Measuring over 6 feet tall, it’s no hack job, either.  Instead, you get an elaborate pinball game that Stern bills as “an epic Transformers adventure.” 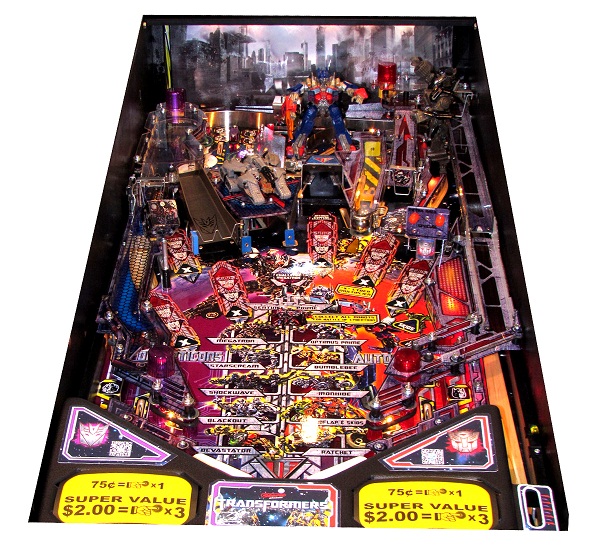 The Stern Pinball Transformers embraces the classic pinball machine form, complete with coin-operated play (you know, so you can charge your drunk friends every time they come over to play).   The entire cabinet is decked in genuine Transformers artwork (Autobots on the right side, Decepticons on the left), with the actual game revolving around the timeless battle between Autobots and Decepticons, fronted by Optimus Prime and Megatron, respectively.

The planar playing field features a host of characters from both sides of the robot factions, complete with a variety of individually-themed machine elements.  Notables include a Megatron rapid-fire multiball vehicle, Optimus Prime elevating ramp target, Bumblebee Camaro target and Ironhide on a ramp.

Sadly, the Stern Transformers Pinball can’t transform into a robot.  The playfield doesn’t have the kind of explosions Michael Bay injected into the movie either.  Fortunately, that also means there’s no sight of Shia LeBouf anywhere in the box (so, yay).  It’s currently listed as “In Production” and should be available soon, priced between $5,699 to $7,499.