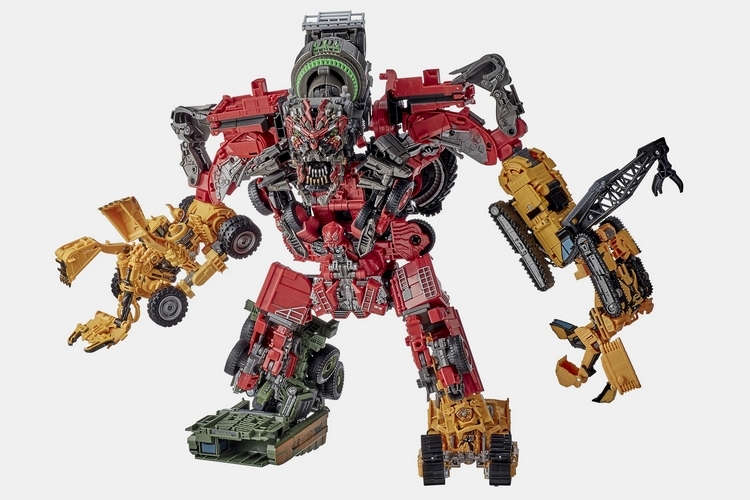 Some people loved the Transformers movies. Others were disappointed it didn’t stay faithful to the original animated series. Regardless of where you stand on the spectrum, fact remains it showcased some of the most awesome transforming robots we’ve ever seen on the big screen. The Transformers Studio Series 69 Devastator has to be among the most terrifying of the lot.

If you’re unfamiliar with the giant robot, it’s a horrific-looking Decepticon that springs to life when eight Constructions come together (well… eight in the movies, but six in the original series). Not only is it big, ugly, and mentally unstable, the darn thing can create an artificial black hole that allows to it devour every man, woman, Autobot, and whatever other unwitting creature stands within sucking distance of its powerful vortex. Basically, it’s a heck of a beast and this new toy lets you own a model as it appears in Revenge of the Fallen. 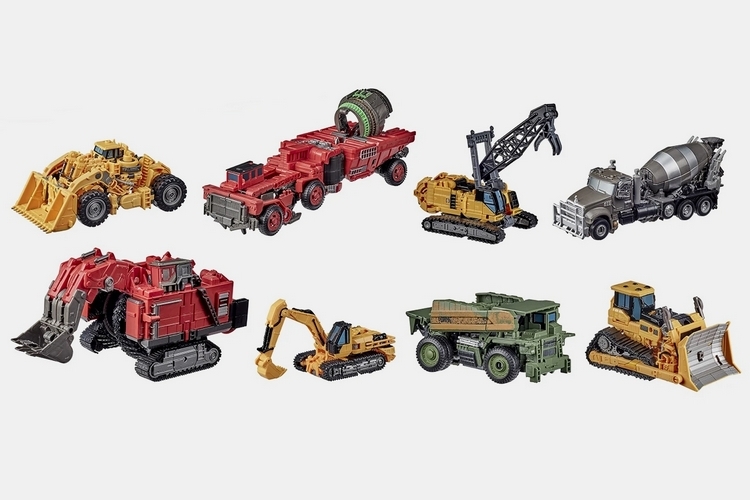 The Transformers Studio Series 69 Devastator is a set containing eight Construction Transformers, namely Skipjack, Long Haul, Scrapper, Overload, Mixmaster, Scavenger, Hightower, and Scrapmetal. In vehicle form, these creatures take on the appearance of heavy construction machines, such as bulldozers, concrete mixer trucks, excavators, and the like, allowing you to set them up pretty innocuously inside a job site. And yes, they can transform into their individual robot forms, too, so you effectively get eight smaller Transformers that you can play with to your liking.

What makes them special, though, is their ability to come together and combine as the mighty Devastator, creating a massive 14-inch tall Decepticon in the process that you can use to battle against other large Transformers in your display case. Of course, it won’t have the vortex-creating powers of the real Devastator, so it won’t be quite as menacing sitting in your toy collection. That’s a good thing, by the way, since we doubt you want the darn thing to create a black hole that sucks in every single item in your Transformers collection. 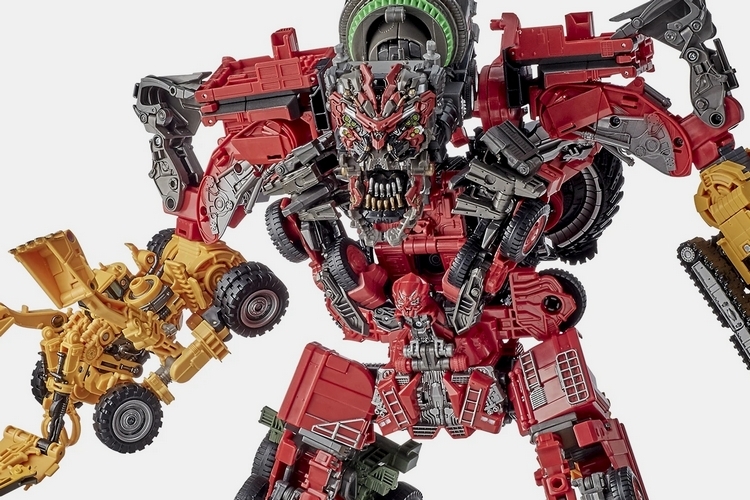 The Transformers Studio Series 69 Devastator shape-shifts into its giant form in just 11 steps, so you can go from eight individual Constructicons to one giant Decepticon in pretty short order. While we’re not sure which Constructicon goes where in this specific model, the movie robot uses Mixmaster for the head, Scavenger for the torso, Overload for the hips, Scrapper and Hightower for the arms, Scrapmetal for the left hand, and Long Haul and Skipjack for the legs. We’re assuming they follow the same order here to stay faithful with that monstrous thing we saw in theaters, although we wouldn’t fault them for making adjustments as needed. Hey, making something actually shape-shift can require significant design changes. 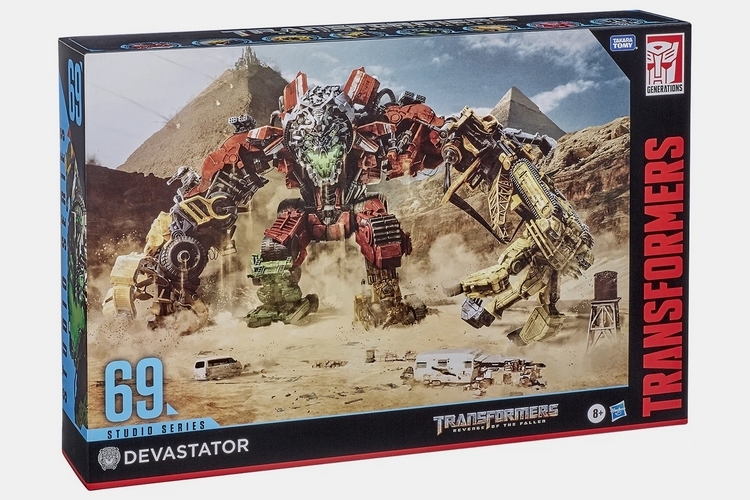 The model, by the way, comes with large desert backdrop that you can use to make it appear that the Transformer is standing in the middle of Egypt, just like from that scene in the movie when the Construction clones met up and came together. Of course, you can also buy some sand and pyramid molds, then cobble together your own tabletop Egypt for an even more awesome backdrop.

The Transformers Studio Series 69 Devastator is available now, priced at $259.99.