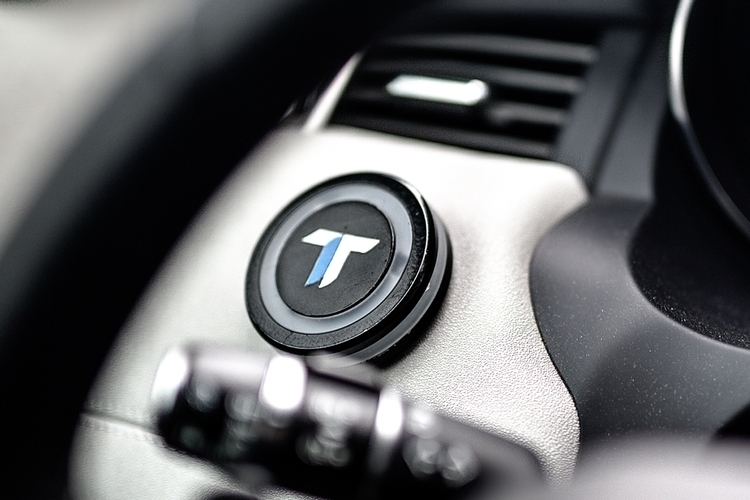 There’s no shortage of devices that you can use to anticipate speed traps while driving.  The TrapTap, however, does things differently. Instead of relying on sensors, it takes its information from a constantly-updated database and alerts you whenever you’re on the way to one.

Armed with multi-color LEDs, the device will light up in one of three colors, depending on what kind of speed trap you’re about to come up on.  It shines red when you’re approaching red light cameras and school zones, blue when coming across known radar traps, and green when you’re about to hit a speed zone, so you can immediately adjust your driving, hopefully sparing you from getting another ticket.

The TrapTap is a small device with an appearance similar to a hockey puck, with light-up areas on top and along the sides.  It comes with adhesive backing, so you can mount it on any flat surface of your car where it will be easily visible to ensure you never miss a single alert.  The device uses Bluetooth to pair with an accompanying app, which comes with a built-in database of known speed cameras, radar traps, and speed zones in over 60 countries, with a single removable coin cell battery inside able to run it for up to two years (just swap in a fresh one after that).

Keeping the database updated, however, relies on a crowdsourcing strategy, which asks TrapTap owners to double-tap on the device’s single button whenever they come across a speed trap.  And, yes, it’s 100 percent legal, so you don’t have to worry about running into even more trouble with the darn thing stuck to your dash.

A Kickstarter campaign is currently running for the TrapTap. Pledges to reserve a unit start at $109.