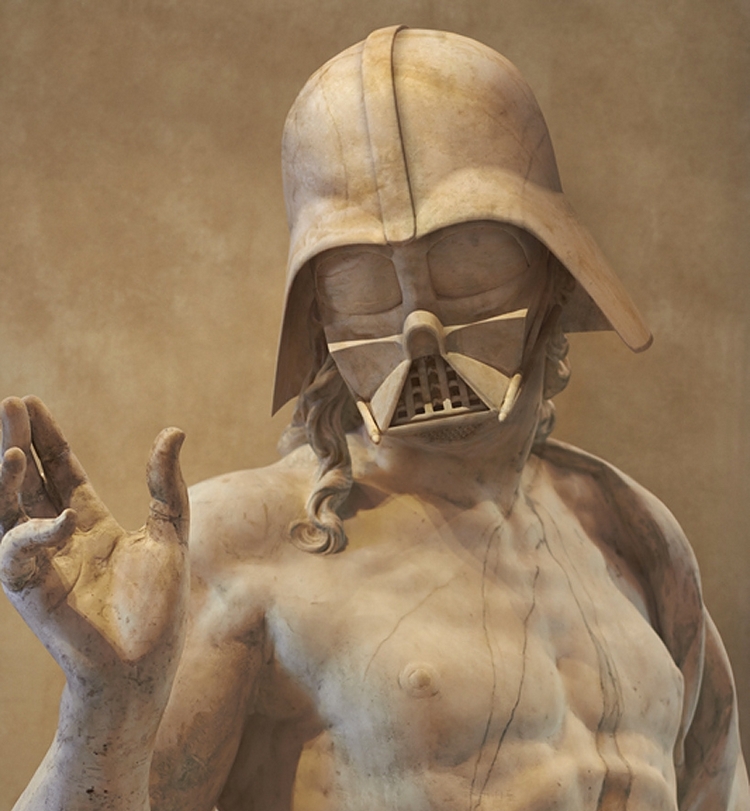 If George Lucas was actually born during ancient Greece and became a prolific playwright, it’s entirely possible the Star Wars saga would have ended up one of the classics of ancient Greek drama. It’s also entirely possible that its characters would have been immortalized as classical Greek nudes by the finest artists of the era. And it’s not entirely improbable that they would have looked like these renders from artist Travis Durden.

No, they’re not actual sculptures. Instead, they’re just digitally-produced mash-ups that the artist put together using pictures of the characters from the movies and the bodies of actual sculptures he photographed from the Louvre Museum in Paris. He then edits each mash-up so they look like a real marble sculpture straight out of the Hellenistic era. 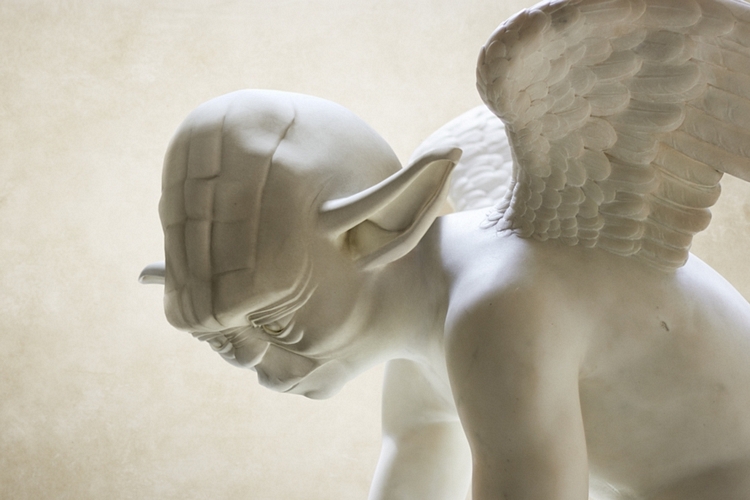 The artist has, so far, made five of these ancient Greek Star Wars sculptures: Darth Resurrection, Yoda Angel, General Niobides, Storm Reader, and Gladiator Boba. Resurrection is, of course, the great Sith Lord (the one who showers you and makes you pancake), with long flowing locks and a cloth draped across his shoulders; Angel puts Yoda on a cherub’s body; Niobides looks like General Grievous pulling an arrow from his back; Reader has a stormtrooper perusing an ancient text; and Boba turns the Mandalorian bounty hunter into an ancient gladiator.

Durden’s photographs are currently shown on the floor of the Contre Attaque exhibition at Galerie Sakura in Paris. If you want to have them in your home, you can order prints directly from the gallery, with prices starting at €65. 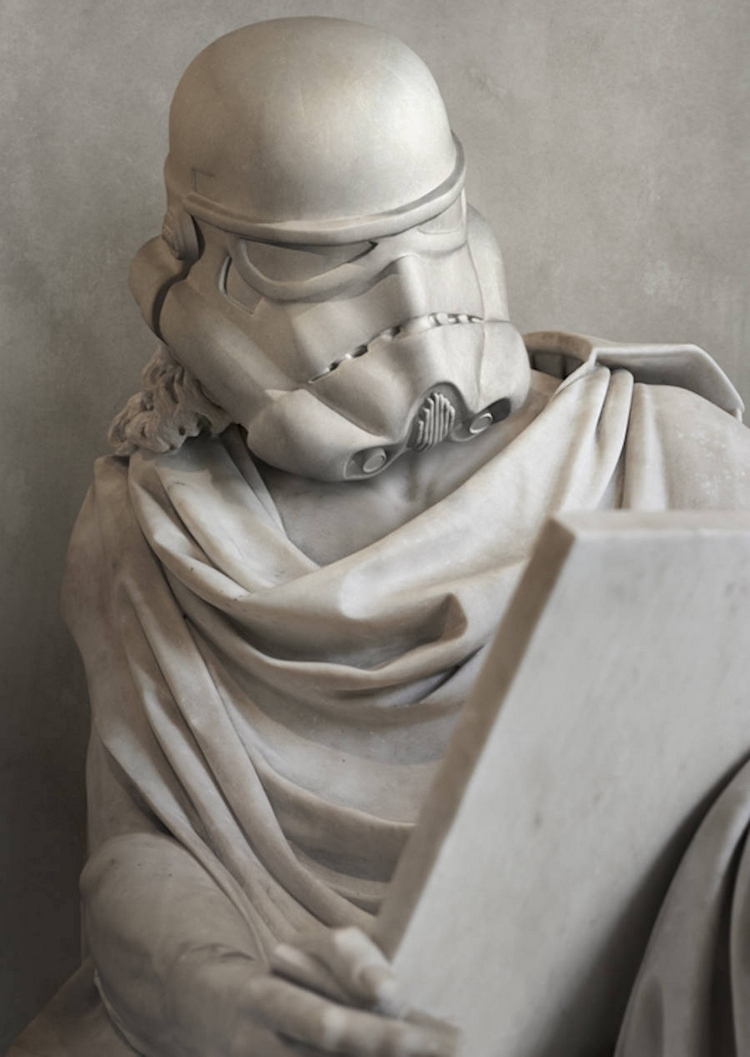 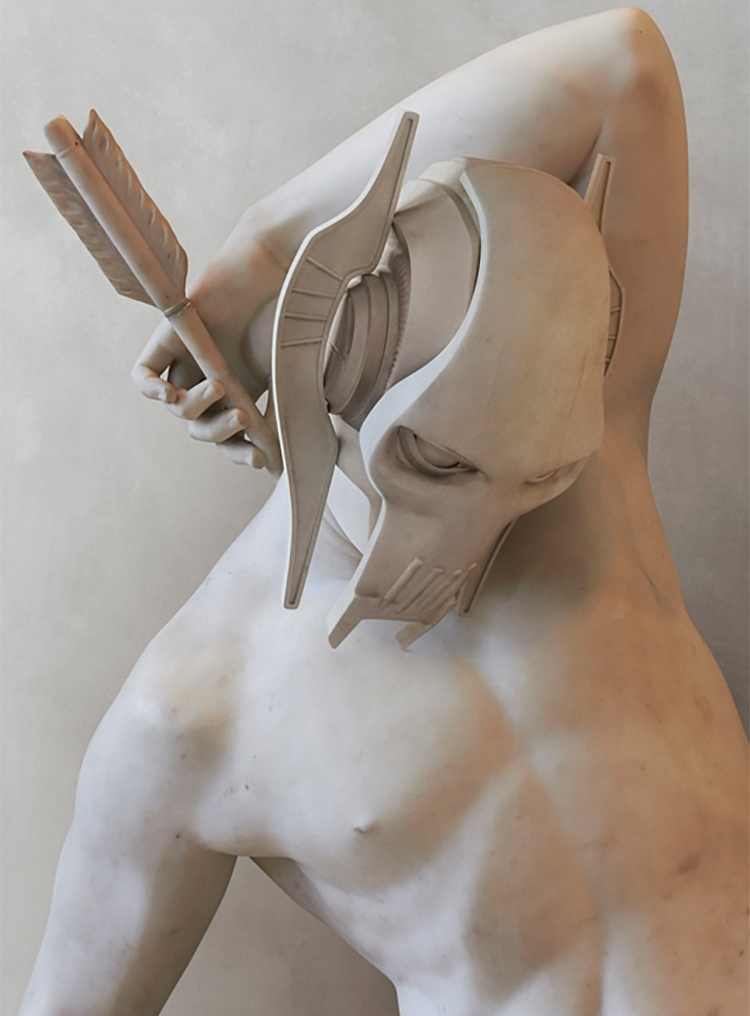 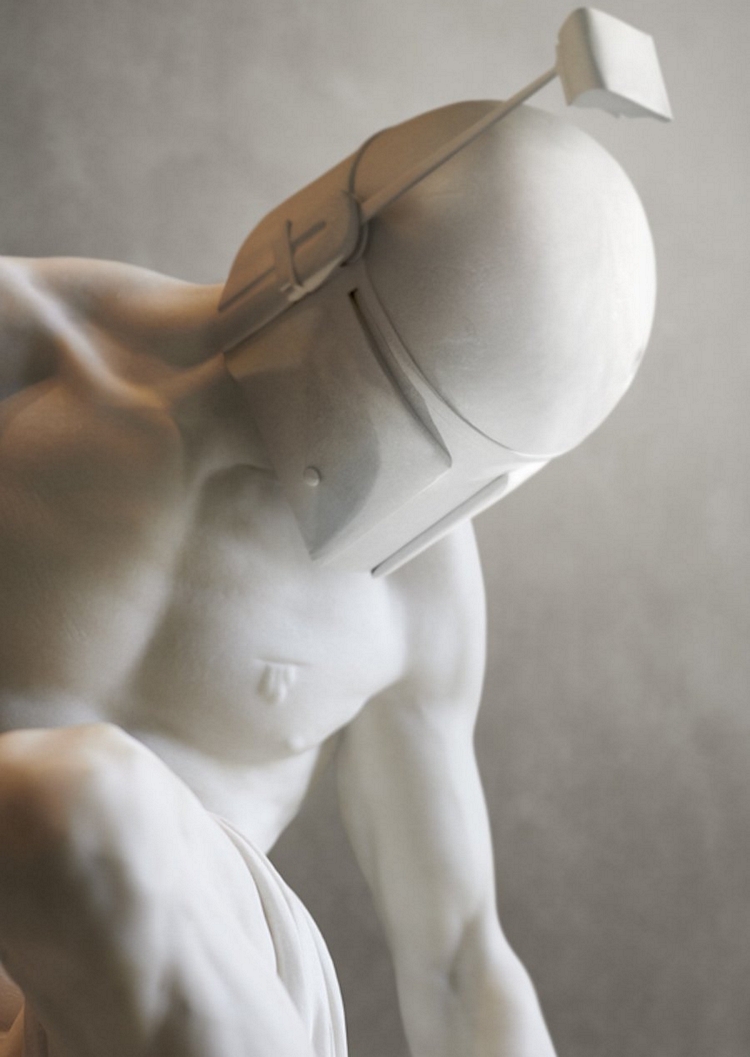