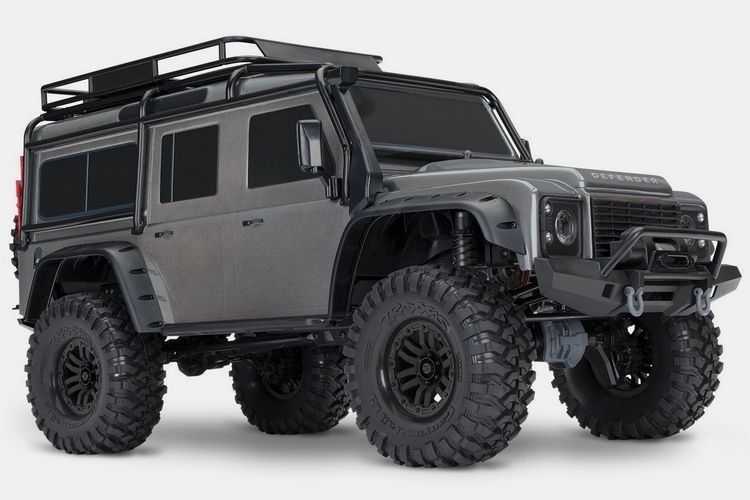 Say what you want about the Land Rover Defender – it’s slow, uncomfortable, unreliable, and everything in between. None of it changes the fact that it’s one of the coolest SUVs ever made. Apparently, that “cool factor” translates when you turn it into an RC, too, as the Traxxas TRX-4 Land Rover Defender can attest.

That’s right, Traxxas now has an officially-licensed Defender in its stable, allowing RC fans to add the iconic vehicle to their fleet of backyard bashers. And it captures the vehicle’s body style in excellent detail, with plenty of contours and well-made decals giving the impression that it’s a real example of the SUV, rather than a scale miniature, when you see it in pictures. From the detailed front grille and roll cage to the bumper and functional spare tire in the back, the darn thing is a faithful rendition of the now-discontinued classic. 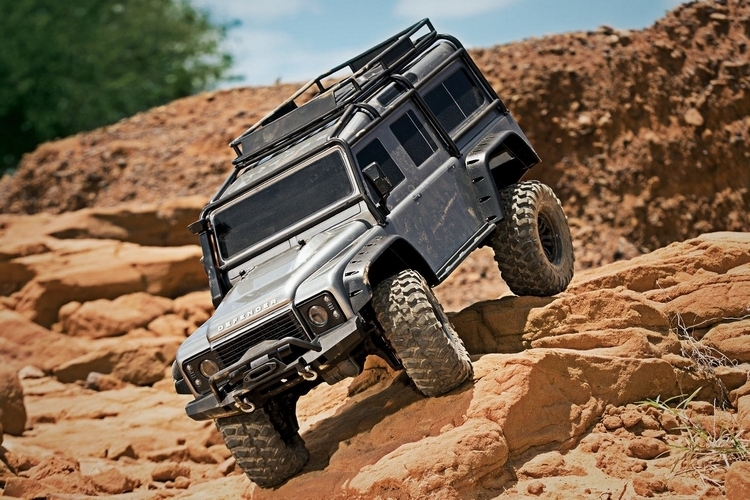 The Traxxas TRX-4 Land Rover Defender is built on the outfit’s TRX-4 platform, a scale and trail crawler that boasts versatile off-road performance. That’s right, the darn thing is designed to conquer both trails and rocks, so while you can probably get better scalers and better crawlers, this rig combines capabilities of both like no other RC truck in the market today. One of the reasons it’s able to do that is the fact that Traxxas fitted the truck with a two-speed transmission as stock rather than as expensive option like almost all other off-road RC trucks in the market, allowing you to shift it to high range when you need to run down a trail fast and to low range when you need the torque to tackle a more technical climb.

Both the front and rear differentials come with remote locking and unlocking capabilities, allowing you to conveniently lock them up when you need maximum traction and unlock them when navigating a tight course directly from the transmitter. According to the outfit, new sleeved micro-cables control the differential action, which allow it to retain the scale appearance without limiting the suspension’s articulation. 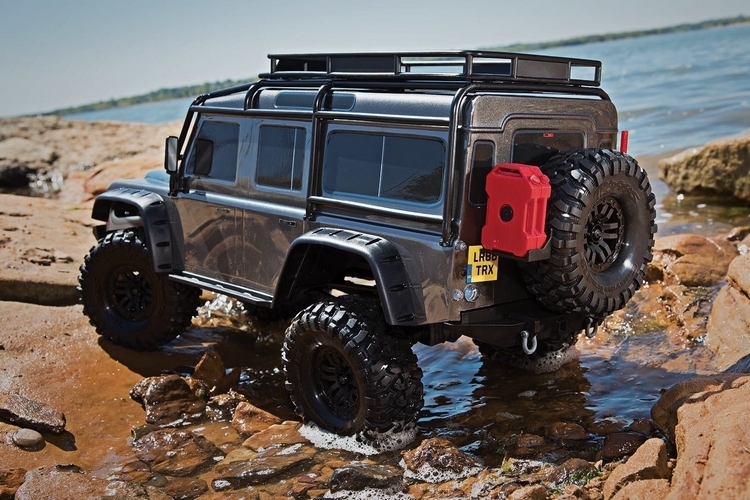 Designed for “extreme off-road capability,” the Traxxas TRX-4 Land Rover Defender boasts portal axles that lift the truck at the wheels, giving it a huge center ground clearance that would allow it to get out of situations other modded crawlers with standard axles are likely to struggle in. They also implemented gear reduction in the portal axles rather than the differential, which eliminates most of the torque twist that can hinder your performance during crawling. 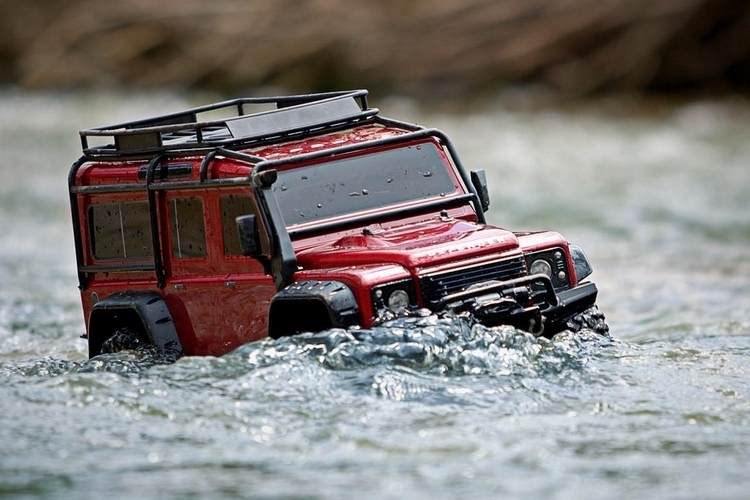 New GTS aluminum shocks were created specifically for the TRX-4 chassis, which, the outfit claims, delivers “silky smooth damping” even in the roughest trails, with threaded bodies that enable easy adjustment of ride height. It also boasts a thick 1.5mm steel ladder frame that eliminates chassis flex, allowing for precise wheel placement when navigating technical terrain. Waterproof electronics, on the other hand, allow you to run it no matter the weather, so you can keep having fun without having to worry about damaging your truck. Heck, you can drive it on shallow water without causing any damage.