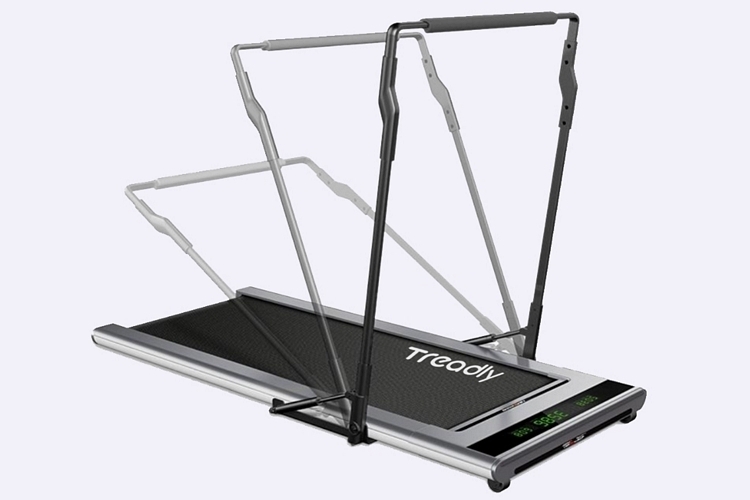 Treadmills are great, since they let you get a satisfying run without having to take a single step outside. Problem is, they’re big, heavy, and unwieldy, making it inconvenient to keep one in your home. The Treadly is hoping to change that.

A compact and lightweight treadmill, the exercise equipment comes in a size that’s ideal for home users, measuring just 55 inches long and weighing a mere 55 pounds. Combined with a foldable support bar, the darn thing can flatten into a 3.5-inch thick slab that can be easily hidden under beds and couches, making it suitable for use in bedrooms, living rooms, and other spaces in the house, no matter how limited the space. 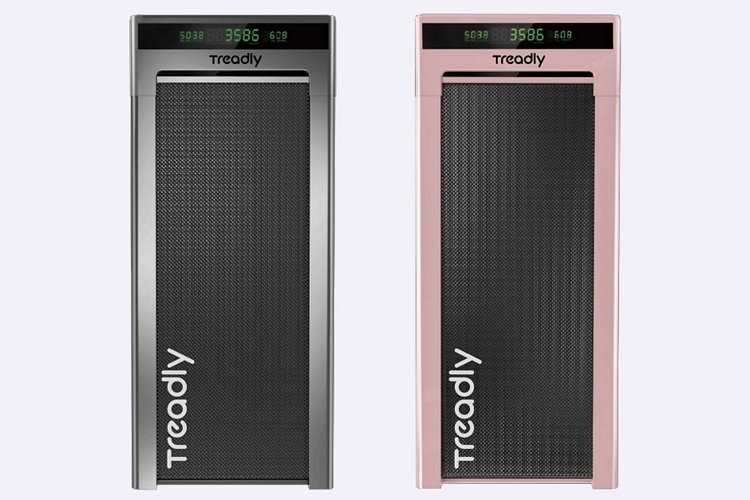 The Treadly, basically, looks like a manual treadmill – you know, those ones without a motor powering the belt. Except, this one is actually equipped with a motor that can get the treadmill running at maximum speeds of 5mph. We know, that doesn’t sound fast enough for gym rats who like to run a mile in under 10 minutes or for folks going full speed during HIIT workouts, but we imagine that’s enough power to satisfy most people’s needs.  The hand bar needs to be unfolded in order for the treadmill to allow the 5mph max speed, by the way, to ensure people will have something to grab onto in case the pace proves too much for them to handle. If the bar is collapsed, the treadmill will electronically limit the max speed to 3.7 mph. Oh yeah, the hand bar is hydraulic, so you only need to pull it slightly to lift it up before starting your run. 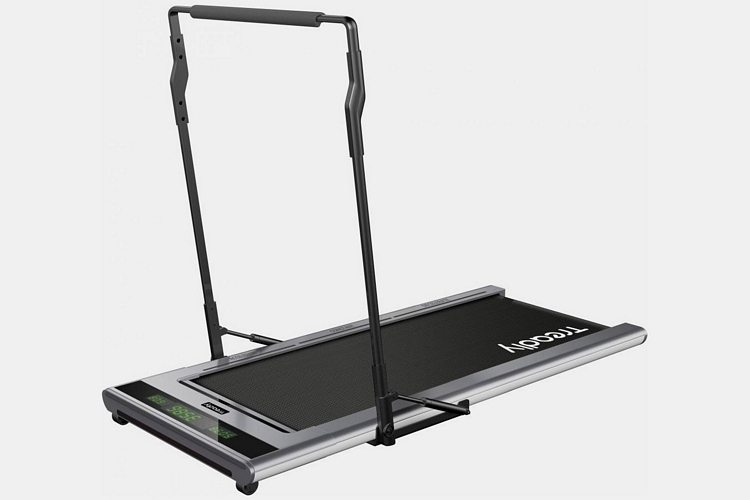 Since control panels add a considerable amount of size to conventional treadmills, they eliminated that entirely. Instead, you get three large readouts that you can check by looking down at the treadmill, each one displaying the session’s workout time, step count, and distance traveled, respectively. Instead of having to push buttons to operate the treadmill, it relies on sensors that automatically switch on the motor when you step on the belt and switches it off once you leave. To adjust the speed, users need to simply start running at different sections of the treadmill – start running along the front of the treadmill to pick up speed, move to the rear to slow down, and stay in the middle to maintain the current speed. 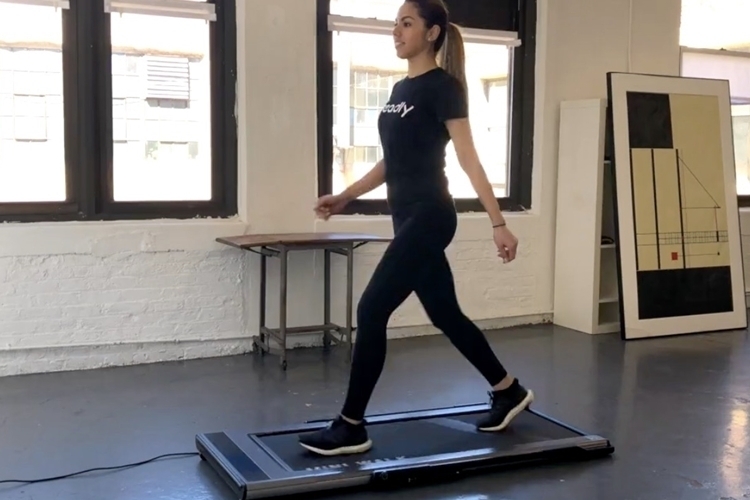 In order to achieve the slim and compact build, the Treadly doesn’t have any incline adjustments, heart rate monitoring, or programmed workouts, essentially boiling down the treadmill to its bare essentials. According to the outfit, the motor is quiet, too, producing under six decibels during operation, so you won’t be disturbing anyone in the house during your runs. Construction is aluminum alloy for the frame, with a built-in shock absorption system, so you can go hard on your indoor runs without worrying about wrecking this thing after just a couple of workouts. It supports runners up to 250 pounds.

Slated to ship next month, Treadly is now available for preorder, priced at $699. Price goes up to $1,197 after the first batch.