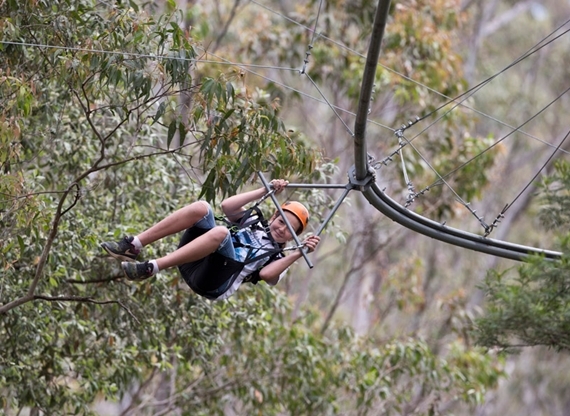 Zip lines are awesome. Rollercoasters are awesome.  We all know darn well from experience that when you put two awesome things together, you end up with an explosion of awesome.  And that seems to be what happened with the TreeTop Crazy Rider, a zip line ride that winds, turns and spins like a rollercoaster.

Newly opened at Australia’s Ourimbah State Forest, it’s not just the first “rollercoaster zip line” ever built, it’s also the longest zip line ride in the world.  Spanning 3,280 feet, it’s, at least, three times longer than standard zip line rides, making for an experience unlike any other in the world today. 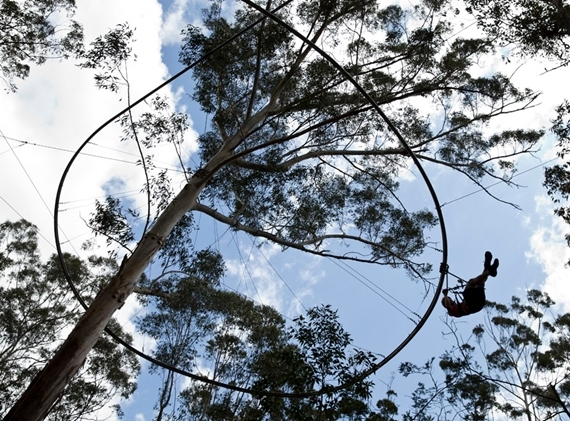 Unlike conventional zip lines, the TreeTop Crazy Rider doesn’t just run through you a straight line.  Instead, you’re suspended 59 feet in the air while traveling a course that winds, zig-zags, and even loops 360 degrees around trees in the vicinity.  That’s right, you’re not just at scary heights away from the ground, you’re also brushing up against trees scattered along the wilderness.  No word on whether there are monkeys ready to throw stuff at you and chipmunks who will eat your face anywhere nearby, but having those around definitely sounds like fun (yes, I’m waiting for the zany YouTube videos of a chimpanzee climbing someone riding the zip line).

The whole ride takes around five minutes, so if you’re afraid of heights and allergic to many plants, this is probably the death-defying experience you’ve been waiting to partake in.  Don’t worry, though, you’ll be fully-harnessed the whole time, so there’s no chance you’ll fall and break a hip even if you let go of the zip lines at any point during the ride.  The ride is available to everyone aged 7 years old and above, with a maximum weight of 260 pounds. 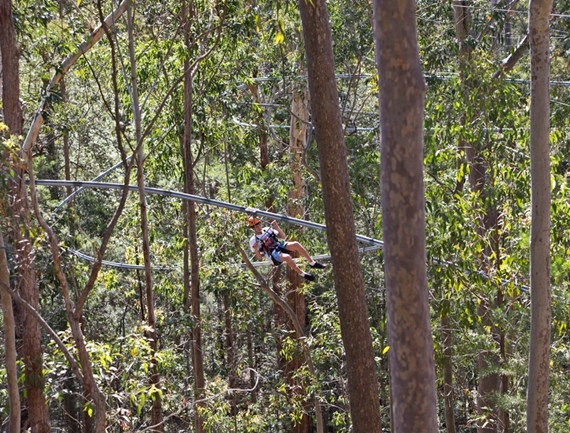 Price for the TreeTop Crazy Rider is $75 a ride.