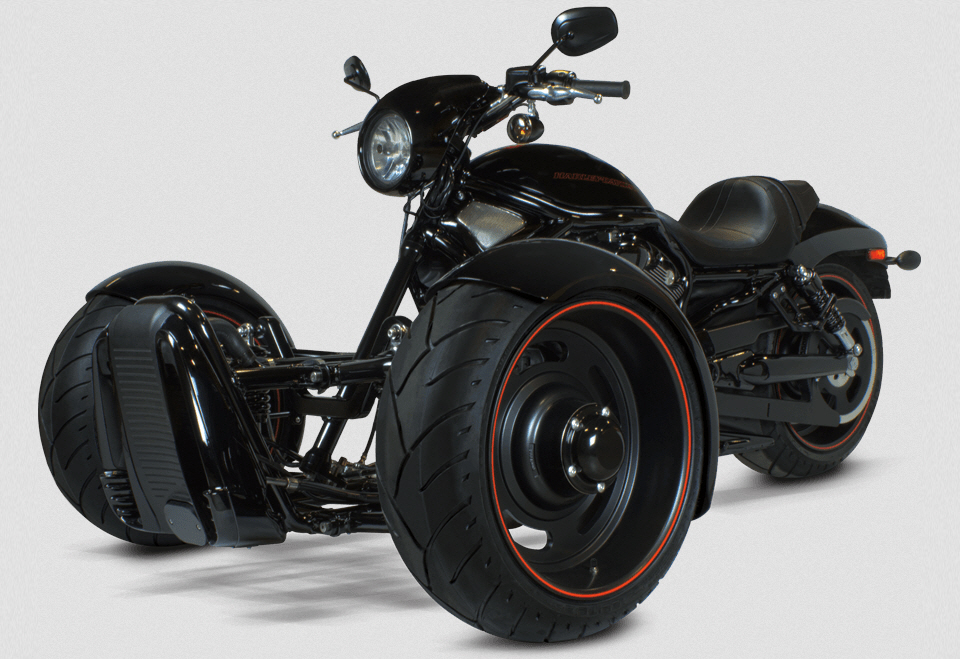 We’re not entirely convinced of the merits of converting a muscle bike into a reverse trike.  But if you like to experiment with your rides, you can do just that with the Scorpion Trike, a kit that turns your Harley V-Rod into a front-heavy three-wheeled beast.

Created by Wisconsin-based Superior Design, the conversion requires no frame modifications, allowing it to be installed during the course of a single afternoon.  The finished product looks positively beastly, albeit a little silly as all reverse trikes tend to do, with enough post-apocalyptic aesthetic on top without even trying.  Seriously, I want to ride around with one of these things when civilization does cave in on itself. 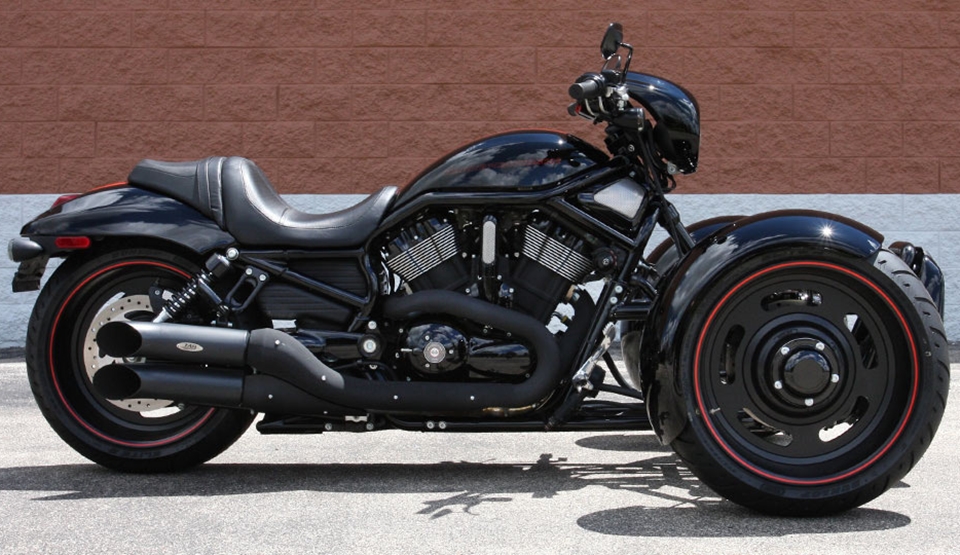 The Scorpion Trike can seamlessly integrate into the donor V-Rod, looking like the thing was designed look like this from the ground up, rather than an aftermarket conversion.  Like Harley made a weird, old school-style reverse muscle trike or something.  The basic kit will feature two-wheel independent suspension, with optional frame covers, lighting kits, and bodywork add-ons for customizing the ride into something more along your tastes. 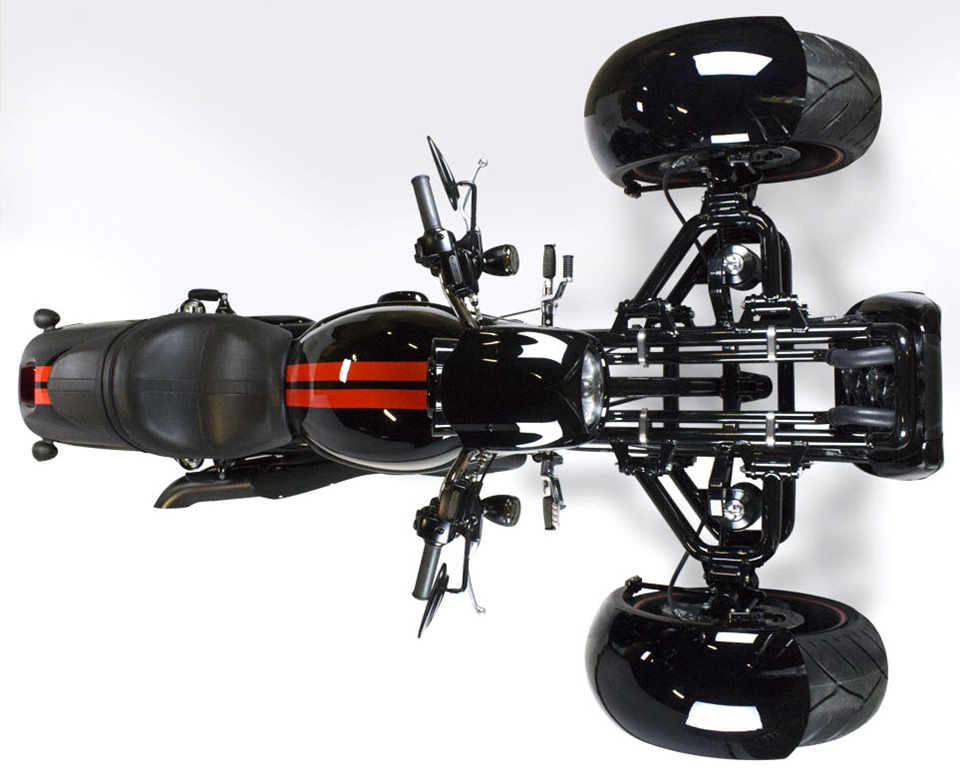 While the initial kit will only be for the V-Rod, it will be followed by a kit for converting Harley-Davidson touring bikes (FL frame), with future models to be supported depending on demand.  All kits can be dealer-installed or shipped directly to customers for self-installation. 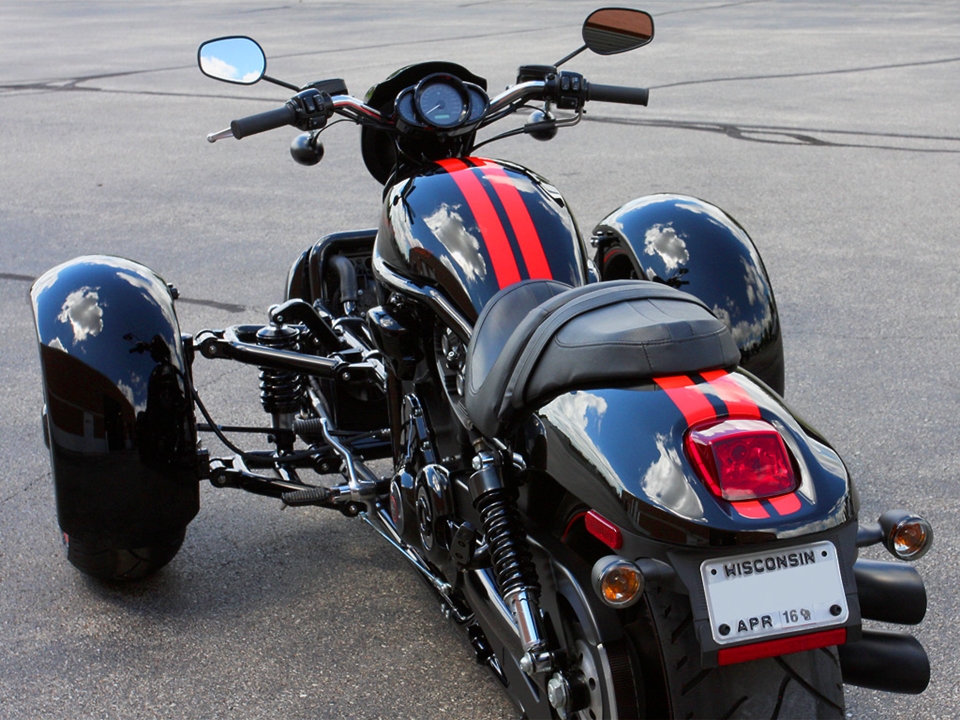