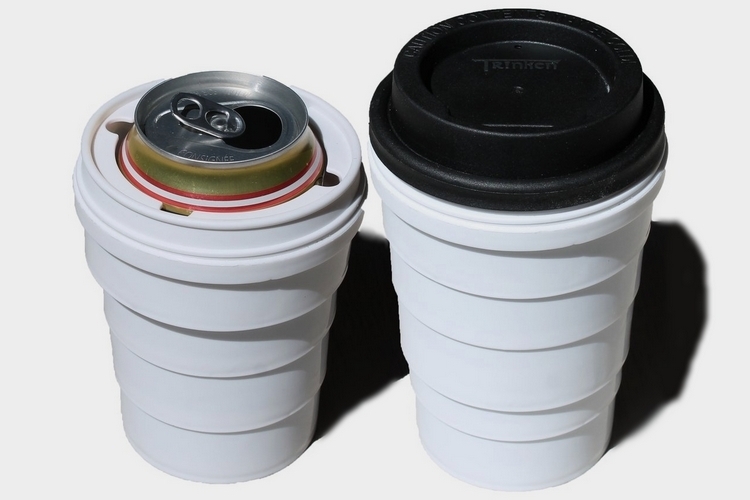 Remember that can-sized lid, which lets you camouflage a can of beer with an erstwhile harmless-looking disposable cup? You know, those kinds of cups that you can get from fast food joints, convenience stores, and coffee shops. While those cups are easy enough to come by, there might be situations where you simply can’t get access to one. That’s when this Trinken Lid and Cup Combo comes in handy.

Formerly known as Lolo Lids, the combo pairs the lid with a collapsible medium-sized cup, allowing you to always carry a camouflaging cup that you can stash in a pants pocket along with the lid. That way, any time you get the hankering for a can of suds, just pull it out and hide your drink, so you can continue to partake in your favorite beer whether you’re in a McDonald’s, a park bench, or a boardroom in the office. 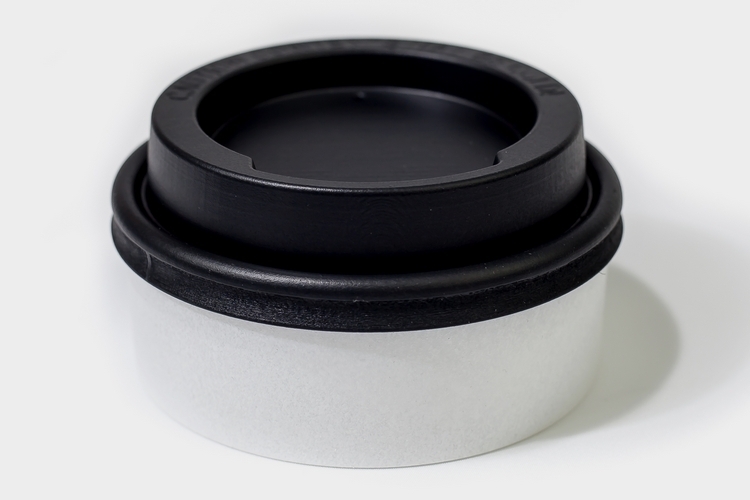 The Trinken Lid and Cup Combo comes with one lid and one collapsible cup that’s designed to work together, serving as camouflage for whatever alcoholic drink you’re drinking out in public. As with the original iteration, the lid can screw onto the head of any standard canned drink, so the darn thing should fit any off-the-shelf canned beverage.  While this version is designed to work perfectly with the accompanying cup, it will still snap into any medium or large disposable cup, similar to the lid’s original version.

The collapsible cup, on the other hand, measures 6 inches when fully extended, all while collapsing to a compact 1.4-inch disc when not in use. When fully extended, the darn thing can hold a full pint, allowing you to use it as a standard drinking cup when enjoying a glass of beer at home. And, yes, this cup is sealed despite the collapsible design, so the suds won’t just leak out of the sides like you probably thought (oh, you didn’t? well, I did). 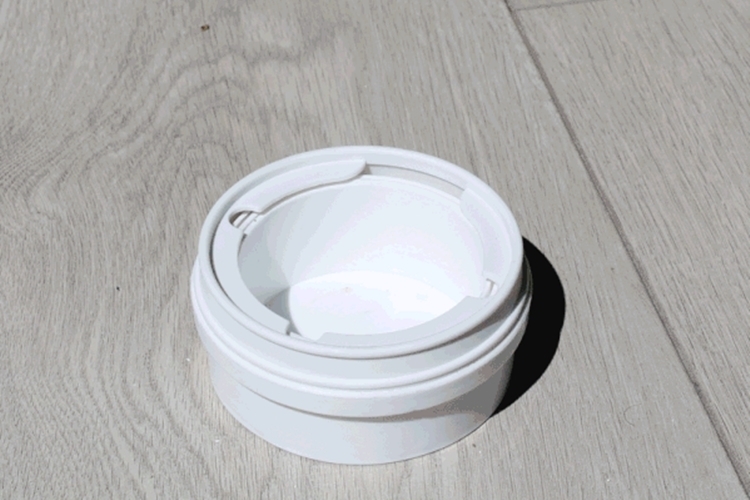 The Trinken Lid uses six individual snaps to clamp onto the rim of the Trinden Cup (or any cup you use with it), ensuring it holds tight and secure no matter how you move. Since the can is, basically, suspended from the lid the whole time you’re drinking, your hands never touch the actual can, allowing it to serve as a koozie of sorts to help insulate the drink and keep it colder for longer. It comes with a silicon gasket that seals the top of the can, by the way, to ensure no leaks whatsoever. 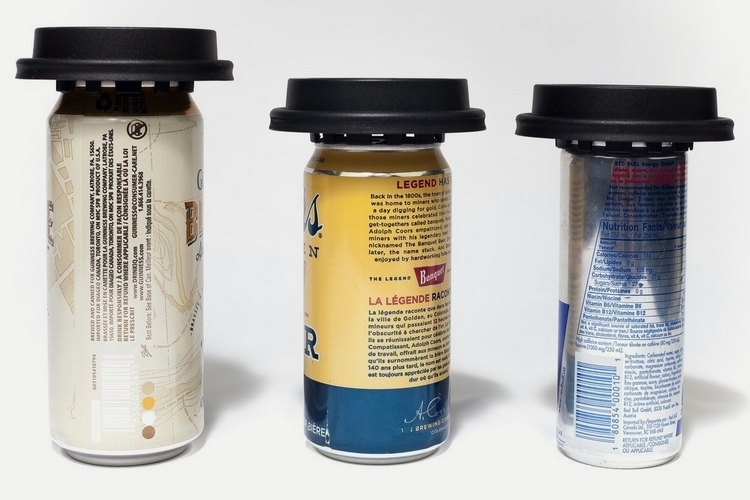 Granted, seeing someone drink out of this weird-looking cup might raise some people’s eyebrows. I mean, it’s definitely more conspicuous than drinking out of a cup with a fast food label on it. For the most part, though, people will likely just leave you alone, as well, since there’s zero indication that you’re actually getting drunk while you’re driving the car, piloting a commercial airplane, or operating a rocket on the way to the space station. Yeah, you’re really kind of an asshole.

Available now, the Trinken Lid and Cup Combo is priced at $16.