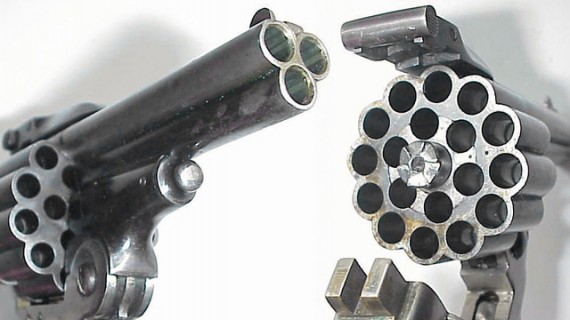 Sometimes, you can put down an enemy in one shot.  Other times, they survive bullets like a video game boss, requiring three, four or more hits before falling down.  During post-apocalypse earth, we’re guessing that will be the norm with mutated humans and crossbred monsters ruling the land and all.  This Triple Barrel Revolver looks like the kind of handgun you should be carrying.

Found in the collection of a Russian gun enthusiast, there are no details on the gunsmith responsible for this monstrosity, nor when exactly it came to life.  It’s a remarkable piece of engineering all the same, even though the overall aesthetic is just a little unpretty. 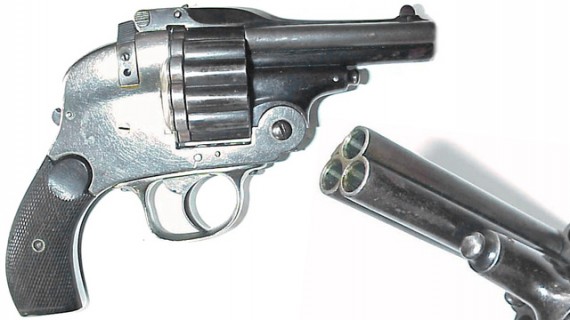 The Triple Barrel Revolver is made in Spain, where it’s believed to have been crafted as a one-off piece.  The trio of 3-inch barrels are arranged in a triangular configuration (two on top, one at the bottom), with a fixed sight sitting out front.  It can hold up to 18 6.35mm cartridges, which should be enough to ensure that you win every mutant boss battle, provided you can empty all those bullets before your opponent crushes all your bones and rips your eyeballs off.

From what we can tell, the gun won’t fire off three bullets at a time, which kind of defeats the whole point of having multiple barrels (a mistake that, fortunately, the Double Barrel Pistol doesn’t make). Instead, you choose which barrel to fire off from by moving a lever on the butt strap.   Other notable details include a nickel-plated frame and checkered hard rubber grips.

You can see more pictures from the link below.