Triumph Rocket 3: So, This Is What A 2500cc Motorcycle Looks Like 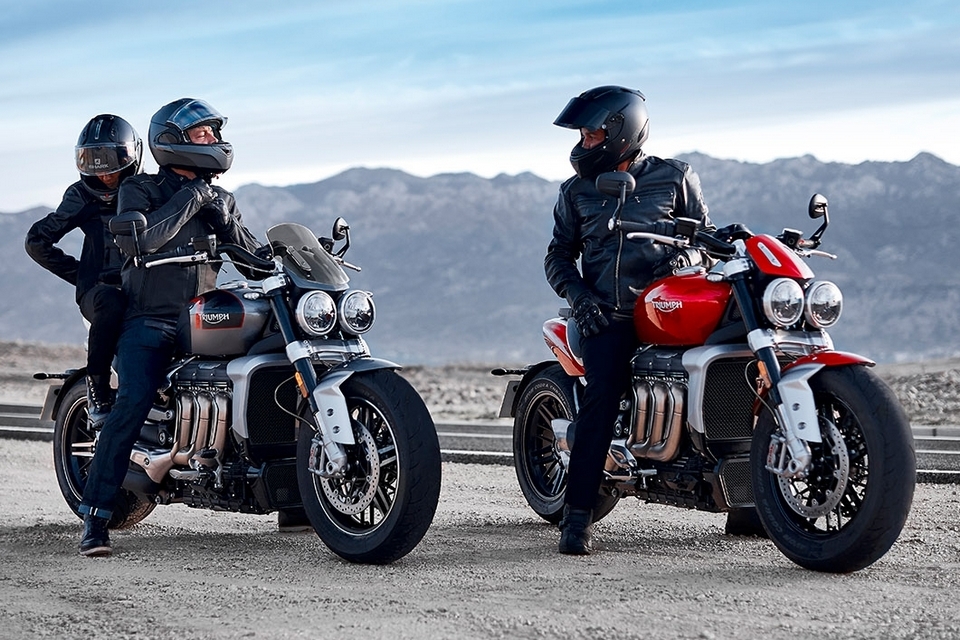 It was 15 years ago when Triumph released a motorcycle powered by a 2.3-liter powerplant. Not only did that monster of a bike set the record for the biggest production motorcycle engine, it went practically unchallenged in the decade and a half since. It’s only fitting that a reboot of that model is what takes its place and that’s exactly what the Triumph Rocket 3 does.

No, it’s not the biggest engine you’ve probably seen on a bike, with custom builders regularly creating some of the most ostentatious motorcycles in that regard. As far as production bikes go, though, this is as powerful as it gets, making it the best option if you want the beastliest and gnarliest two-wheeler you can get your hands on. 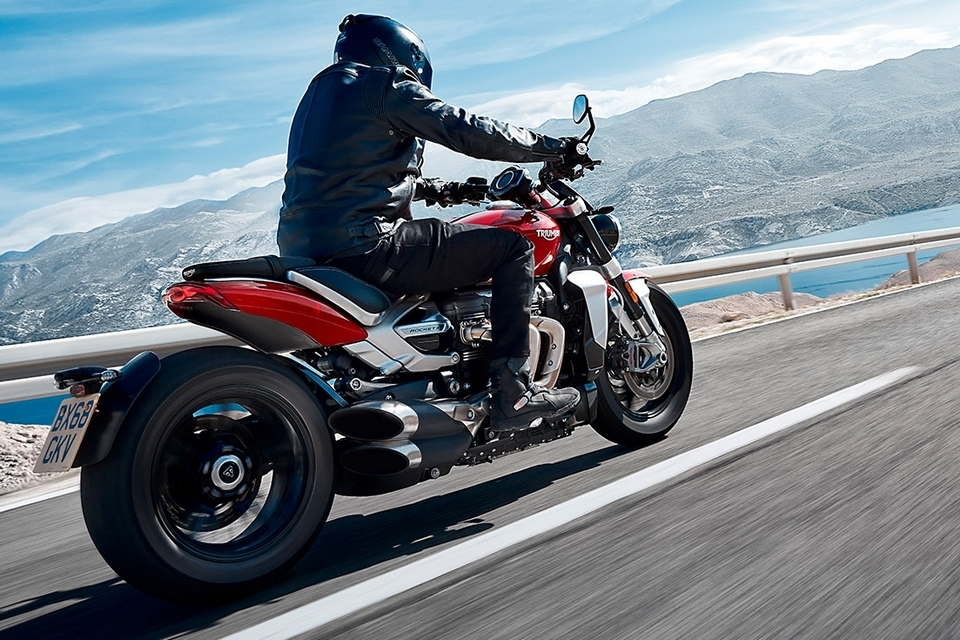 The Triumph Rocket 3 is equipped with a massive three-cylinder 2500cc engine that puts out an astounding 165 horsepower and 163 pound-feet of torque. We know, that’s some serious power and one look at the bike makes it apparent just how big that longitudinally-mounted powerplant is. Triumph likes to call the bike a “muscle roadster,” which is great, although the actual aesthetics, with its brutish size, large forward-facing air intakes, and highly conspicuous exhaust tubes, feel more like a cross between a motorcycle and a starfighter straight out of a science fiction movie.

While the engine is bigger compared to its 2004 namesake, the bike is a full 98 pounds lighter, which means that more powerful is propelling an even lighter bike. Along with the engine, it gets a sculpted three-header exhaust, a six-speed high-performance helical-cut gearbox, and a slip-and-assist hydraulic clutch, all of which contribute to what the outfit describes as a “beautifully smooth, responsive, and refined ride.” 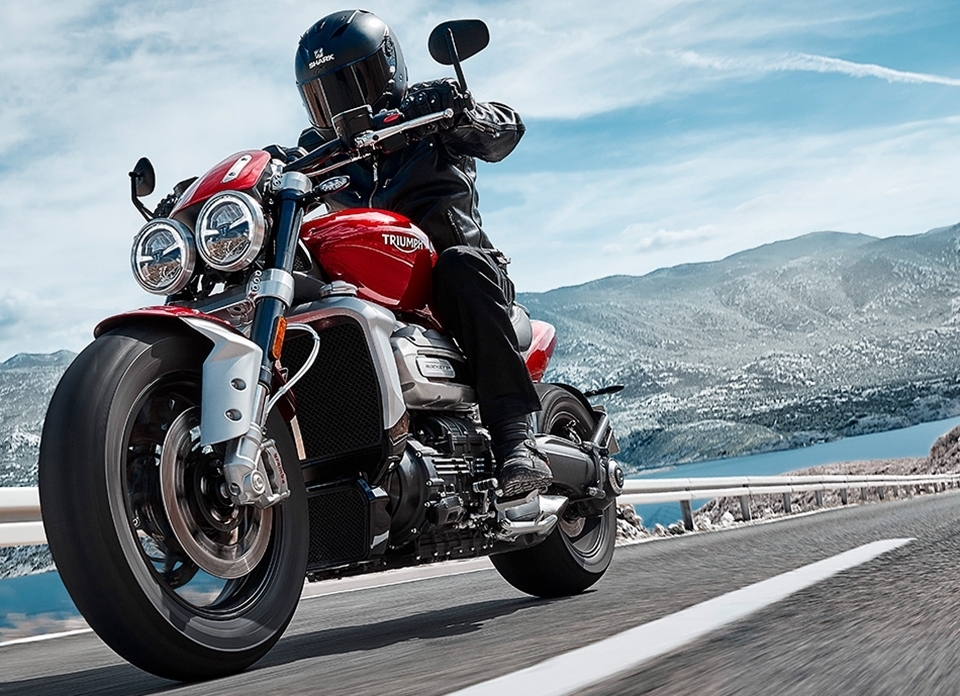 The Triumph Rocket 3 has a fully-adjustable Showa monoshock RSU suspension and 47mm Showa cartridge front forks providing the rider with exceptional handling and  riding comfort, while Brembo Stylema brakes deliver immediate stopping power made more consistent by increased airflow around the brake pads to keep the calipers cool. Being a modern motorcycle and all, it gives the rider plenty of tech at their fingertips, including optimized cornering ABS and traction control, four different riding modes, customizable TFT instrument panels, cruise control, hill hold control, and even an optional shift assist. It gets all-LED lighting, from the signature twin headlights, taillights, indicators, and even the number plate illumination, along with imposing Avon Cobra Chrome tires wrapped around the intricate 20-spoke wheels. 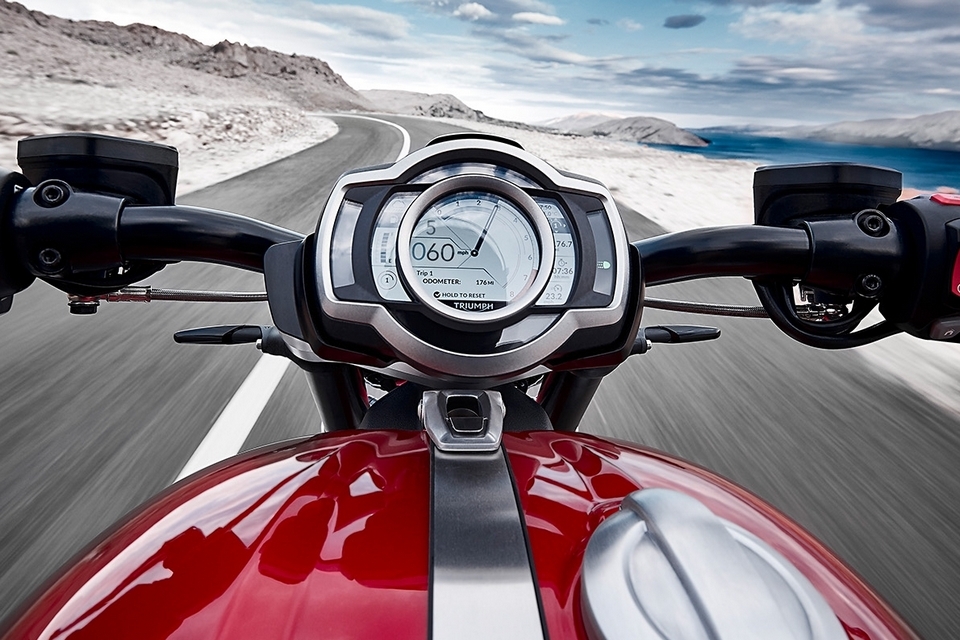 It comes in two versions: the R and the GT. Both are mostly the same, although the R places the foot pegs in a mid-mounted position, while the GT sets up the controls in a foot-forward manner. For comfort, it gets a sculpted rider and pillion saddle mounted at a relatively low seat height, with two adjustments foot control points for the R and three from the GT. Other enhancements in the GT include an extended fly screen, heated grips, and height-adjustable pillion backrests. 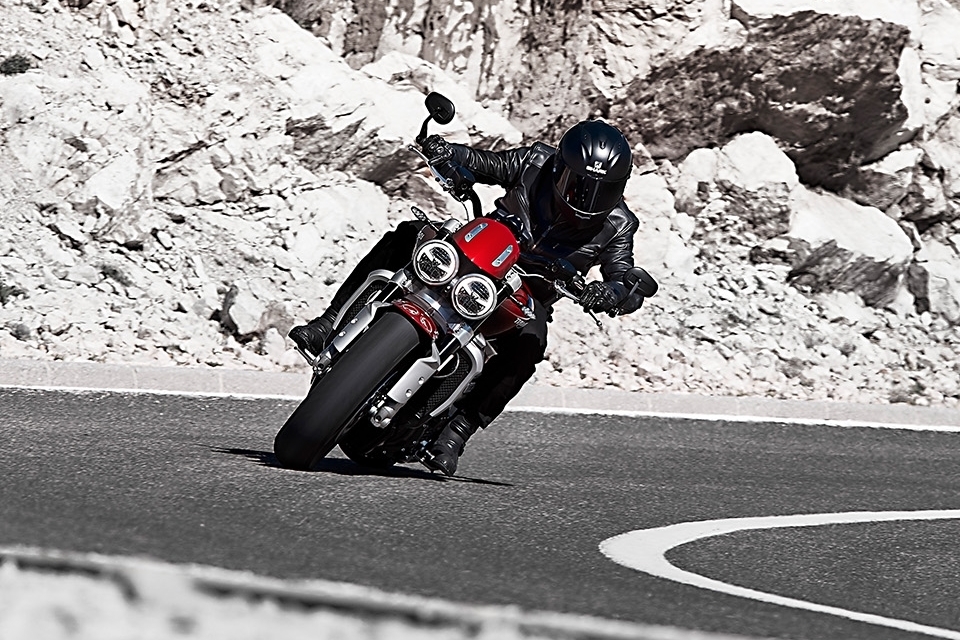 The Triumph Rocket 3 will be available next year.