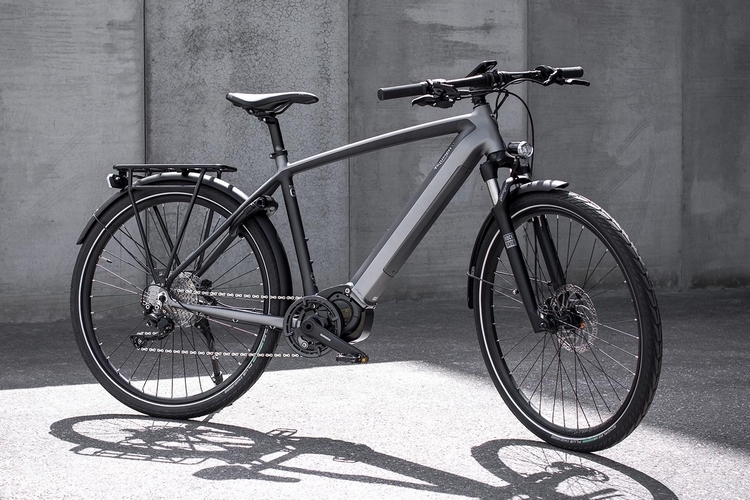 With over 100 years of production under its belt, Triumph is unmistakably a motorcycle brand. And they make some of the nicest two-wheeled road burners you’re going to find. The Triumph Trekker GT pivots the company’s product line into a different two-wheeled vehicle, as the outfit releases its first electric bike.

No, they’re not going after Zero Motorcycles’ lane the way Harley Davidson seems bent on doing. Instead, the same company that makes the monstrous Rocket 3 and the sublime Street Triple R is making an actual electric bicycle. You know, the kind that will provide motorized pedal assistance, so you can get to where you’re going in half the time without having to carry any license or registration. 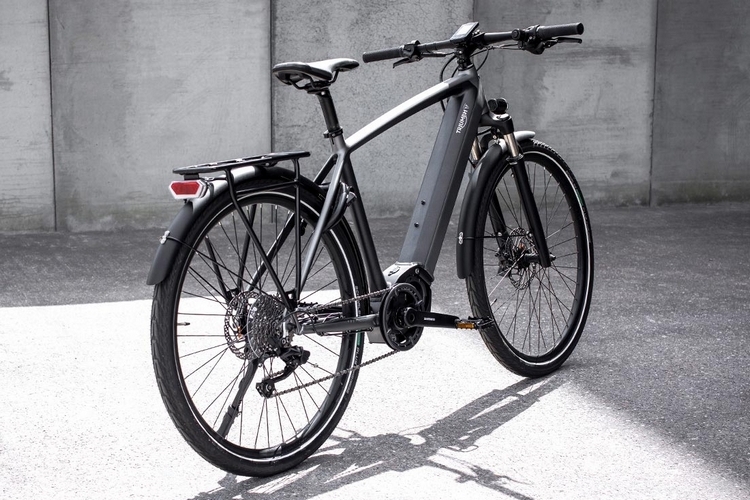 The Triumph Trekker GT is an ebike clad in an unassuming road bike design, with all its electronic components mounted discreetly, so it looks like a regular bicycle. It uses Shimano’s Steps E6100 system for the electric conversion, so you get a 250-watt mid-mounted motor that puts out over 44 pound-feet of torque and a 504 Wh battery that gives it an effective pedal-assist range of 90 miles. The battery is mounted discreetly inside a designated compartment in the frame’s downtube, which can be unlocked and opened if you want to take out the battery for replacement or maintenance.

The motor is rated to propel the bike to speeds of up to 15.5 mph on its own. Combine it with some leg output on your part and you should be able to zip through traffic at fairly satisfying speeds. It also uses Shimano’s handlebar-mounted bike computer, which shows speed, distance, and battery level, among other vital information. Sadly, there doesn’t appear to be any integrated turn-by-turn navigation, so you’ll still have to pull out the phone and launch your favorite app for that. All cables, by the way, are routed internally, so the bike has an overall clean look. 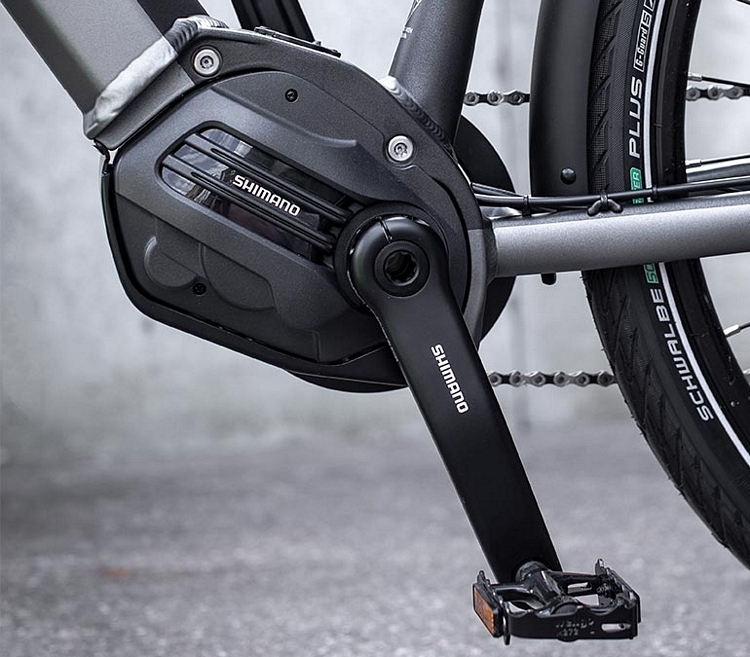 The Triumph Trekker GT comes with a 6061 aluminum frame that’s custom-built by the outfit, along with the seat post, stem, and the narrow-style handlebars (very useful for squeezing in between two cars). And yes, it’s got a very noticeable Triumph badge out front, so you can confuse onlookers who will think you took one from an actual motorcycle and stuck it on a bike. As with the motor conversion components, Shimano parts are used extensively on the bike, including the 10-speed shifter, the front and rear hubs, the derailleur, cassette and crank, and brakes. 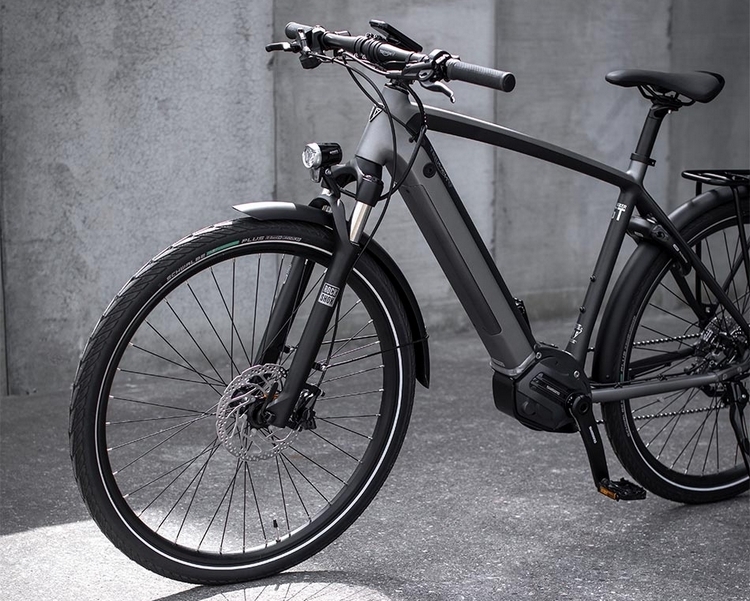 It uses RockShox Paragon forks with 65mm of travel to make your city rides a whole lot smoother, while you roll around on 27.5-inch Volar rims wrapped in Schwalbe Energizer Greenguard tires. Other features include Benex LED lighting both front and rear, Selle-Royal Vivo saddle, a cargo rack at the back, and an ABUS Pro-Shield rear wheel lock, while a heavy-duty security kit (U-lock, chain lock, and ground anchor) and a comprehensive cleaning kit are available as options.